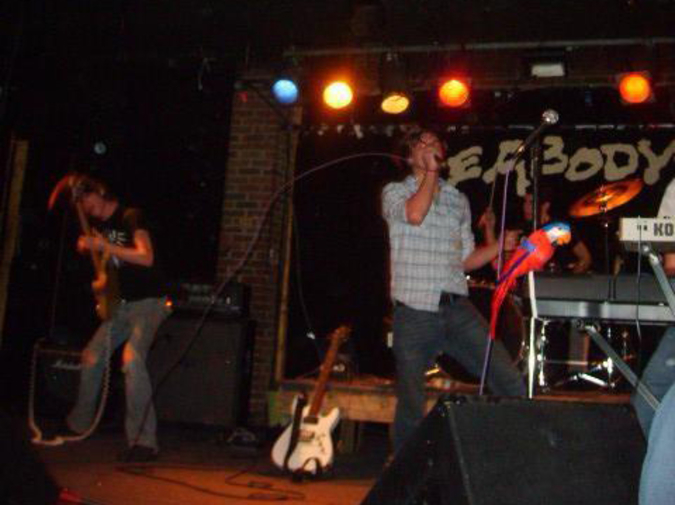 Nate burnt me a CD senior year that read “2” and only the first five tracks didn’t skip. I didn’t even need the whole album to become obsessed.

I drove a used Ford Ranger everyday to school and work — Pizza Pan, home of the buy one get one free deal. The driver’s seat was put to the test as I bounced on the coils, air drumming the booming toms and sharp crack of the snare, only touching the steering wheel to guide it back into my lane.

Nate and I were in a band together throughout high school — screamo with keyboards. All five of us went on to pursue degrees in music. Nate graduated from Full Sail in Florida with a degree in Audio Engineering, then he moved to LA and worked with Machine Gun Kelly.

Before we left for college, our band mates went to Warped Tour one last time. Maylene and the Sons of Disaster came out on stage and said that Dallas’ voice was gone and that they needed some help. Who knows the lyrics to Darkest of Kin? I didn’t know the track titles let alone if I’d remember all the lyrics. Nate’s hand shot up and before I knew it, he was on stage to open the show as the frontman.

It was all surreal. The loud bassy chords hit hard, heavy distortion buzzing through the pillar of speakers. The crowd was pissed that they would miss Dallas, but when little 17-year-old Nate projected into the mic, they were taken aback. He sounded exactly like Dallas on their records. The guitarist and bassist locked eyes and nodded, shocked and impressed. We spent hours recording each other for our own band’s record, but this was the best I had ever heard him.

Everyone had their arms raised to what we were witnessing. The crowd screamed along with Nate to every word. Stand up. Fists out. This is the real thing.

Take a big-ass Imperial Stout that’s been bourbon barrel-aged and add an ounce of Southern Comfort, because it’s never enough.

Corey Miller lives with his wife in a tiny house they built near Cleveland. He is an award-winning Brewmaster who enjoys a good lager. His work has appeared or is forthcoming in MoonPark Review, X-R-A-Y, Barren, Cleaver, Bending Genres, Hobart, Cease Cows, and elsewhere. When not working or writing, Corey likes to take the dogs for adventures. Follow him on Twitter: @IronBrewer