If Everything's Under Control, You're Going Too Slow 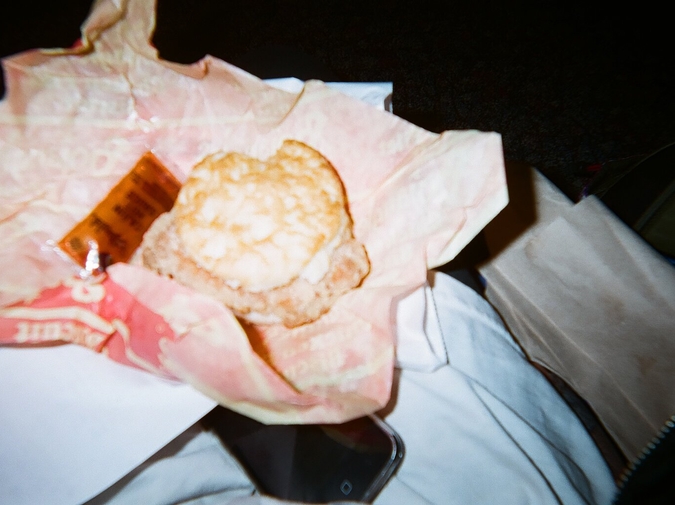 Let the okra go to waste, steal oranges from the
corner store. I'll tell you that I love you like I've
loved no one else. Our bodies are made to be
useful, move fast. The fastest man in the world
eats McDonald's before he runs; a pitcher's been
arrested for speeding but really, we should be able
to drive as fast as we can throw a baseball. Why
can't we do anything? Can't you see there's
garbage cans waiting to be knocked over? We
could be outside ourselves all the time like sex and
lists. This thing could get big! Are we talking about
the world between us or the onions frying in the pan? I'm
not talking about breakfast, I'm talking about
sinning just enough, about getting day drunk in
the nicest oceans. But I like things the way they are. I
like the way you sprayed the shower wall with hot
water before you pressed me up against it.

Meg Wade received the University of Wisconsin's Creative Writing Institute's 2014-2015 Diane Middlebook Poetry Fellowship. She has been the recipient of an Academy of American Poets Prize, is a former Poetry Editor for Sonora Review, and seves as an Assitant Editor for an anthology of contemporary, rural American poetry titled, Hick Poetics (Lost Road Press 2014). Her most recent poems have appeared or are forthcoming in Nashville Review, Linebreak, and Whiskey Island, among others. She lives and works in Nashville, Tennessee.