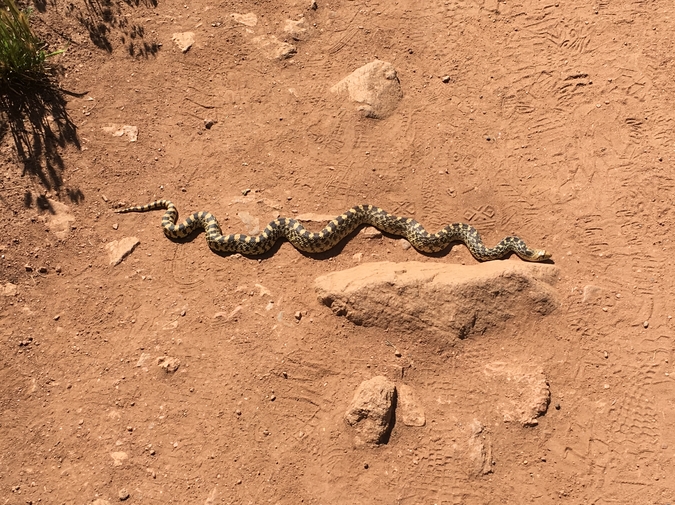 I remember the snow. I remember it falling there outside the living-room window, coating things and making them soft and white and pure. My grandmother’s bible yawning wide open on her lap and all that untouched snow. It was before seasonal depression. It was before every season meant depression. It predated all that sadness and came at a time when the forecast was a feeling and not something to prepare for. It wasn’t a prescription but a matter of possibility.

Yeah, I used to look forward to it: the shitty weather. I’d go to bed praying for snow. Lord Jehovah in Jesus name—please, God, let it snow tonight. Please, father.

I never knew my dad, so I prayed to one.

On my bedside table I had this flower lamp that changed colours. I didn’t like to be in complete darkness. I watched the lamp turn from turquoise to yellow to pink, and I prayed for snow. Turquoise, yellow, pink, snow.

I wanted it to snow because then we could go cross-country skiing. Me and my grandmother would walk to the end of our street and pass through a hole someone had cut in the fence separating our subdivision from a golf course.

We put our skis on, and we glided. We glided over the low hills and across the fairways and greens. The ponds were smooth and grey but kind of slushy around the edges. Gliding over the whiteness reminded me of the angels she told me about. Must be like being an angel, must be like the angels on Touched by an Angel, which we watched on the aging faux-wood-panelled TV set when I came home from school. The show was about angels who intervened in everyday life. You didn’t know they were there.

There were angels all around us. Eventually, I’d learn to be an angel. I’d have to. Not a snow angel like the ones I made in our front yard, but a real one. Jesus was going to come back to Earth, and you had to be ready for when he did. You had to know what to do. The whole family would have to get up on our roof when that time came. Jesus would deliver us while the whole world burned and turned to ash. We’d be floating above it all, together, a family. Like gliding over the fairways in the snow, together. Around the slushy ponds. Would my favourite spot by the trees on our yard burn? It would. How about the street I played hockey on? Yes. My grandmother prepared me for the destruction to come. She laid it all out.

When Jesus came, we couldn’t look back. We couldn’t check to see if we’d got everyone with us or take one last look at the homes or the snow or our pets, even. If we did, we’d turn to salt. It was in the Bible. We’d been warned. That was how it was.

One time in a mall parking lot I told my grandma that I hoped Jesus didn’t come back, not while I was alive. We were on our way home from a craft store at the mall. I used to draw a lot and do crafts. I wasn’t allowed to draw people or have LEGO men because they were graven images, but I found a workaround by making likenesses of buildings and cars. They just couldn’t have drivers or other people inside. Nobody at the steering wheel. The plane is flying itself.

My grandma wanted to know why I didn’t want to be there when the world ended. She said I’d be lucky to see it. But how would I know when to climb up on the roof? What if I didn’t? What if I missed my cue and my mom looked back and turned to salt? And what if He wasn’t really coming. What would the other families think of us standing on our roof like that?

We had other beliefs, too. Whenever I walked into a place I was supposed to say, “Peace be to this house.” That’d keep me safe and make sure nothing went wrong. And when I got sick, grandma would rub this ointment on my forehead and vanquish the devil. It was a good thing it worked, because I wasn’t allowed to go to the doctor. Sometimes school got in the way. Like they’d have a dentist come in to check all the kids’ teeth, make sure everything was all right. I was told not to let them look inside my mouth. God would fix it all. So I hid in the library looking at National Geographic and the naked tribeswomen.

My grandma’s beliefs had been passed down to her by her mom, who lived with us in a big house in a suburb just north of Toronto. I called her Mama, and I still don’t know any other name to call her. It’s too late to ask. Mama had white hair—had had it since she was 20. She didn’t dye it blonde like my grandma did, or put it in rollers. I think Mama’s name was Gayle.

Mama and I had games we’d play. We didn’t ski, but we’d riff on the idea of a slow boat to China. That was our favourite game. It went like this: one of us would describe a worse way of getting around than a slow boat to China and relegate the other to that fate. I’ll put you on brick to nowhere. You’ll ride a steamroller to eternity, a snowplow to forever.

The seasons go on. One, then another. After a while the order doesn’t seem to matter, really.

Like an alarm clock, the cicadas sing in the suburban summer at the exact same time every afternoon. They start when it seems as if the sun is stuck. It’s so high up there that the only logical thing for it to do is stay there. The air is thick, maybe that’s what keeps it up there.

People are on the golf course and there’s no snow so I play road hockey with my friends. I’m in net because I can’t play any other position. Whenever a car approaches someone yells, “car,” and we pull the nets over to let them pass, like in a Canadian Tire commercial or something. It’s mostly minivans. One time it wasn’t a minivan, or a station wagon, or a sedan, or anything. An ambulance rushed down Bayview Fairways Drive. It pulled up to my house.

The game just kind of ended. My friends left. The sun stayed where it was. Where else could it go? At my front door my aunt told me to play inside. The ambulance was already gone. The cicadas stopped singing at some point, the music of their wings expiring.

Later I learned that Mama had had brain cancer when she was a lot younger. I guess cancer treatments were about as good back then as they are now. She had survived and went on to live another few decades with all her white hair. Thinking about it now, she was always up in her room, always tired.

She was on her own slow boat to China, though we didn’t know it then. Her own brick to nowhere. Because when the ambulance came to get her, it was somehow related to how the cancer had come back, how it had spread. So the ambulance came, and I don’t know if we called “car!” when it did, or what the score was that day.

We went to visit her a couple times at the hospital, but I don’t remember much. Not the kinds of things you need for a story, if that’s what this is. Not the way it felt to see her under the covers. Not how the hospital was different from home and the games we played. Not how she spoke or what she said, or leaving down the hall passing doorways of suffering painted a subtle green.

I was always the last to find out. My grandmother always had cats that lived to impossible ages. There’s still a picture of me somewhere with Prissy, an ashtray-grey Persian cat that came to live with the family before I was born. Nobody knew how old Prissy was when she showed up on the doorstep in Scarborough before I was even a thought or a regret or a miracle. But she lived 20 years with the family, eventually making it all the way onto my lap in a photo taken around 1989. When she died, she just wasn’t there. I had to ask about her. She wasn’t in the usual place. When the sun made geometry on the living room floor, she didn’t appear. She was dead. That’s how I found out, by asking.

Grandma made sure the cats had everything they needed. Once in the first grade I said that Rocky, her geriatric Maine coon, was my best friend. Maybe that’s true. It’s normal to be jealous of friends.

So it makes sense that I didn’t find out when everyone else did. I think the idea was to protect me. But when you try to protect someone from the inevitable the pressure only builds. It’s better for the dam to break earlier.

Josh Sherman is a Toronto-based journalist with fiction previously published in The Great Lakes Review.