I Still Think of You 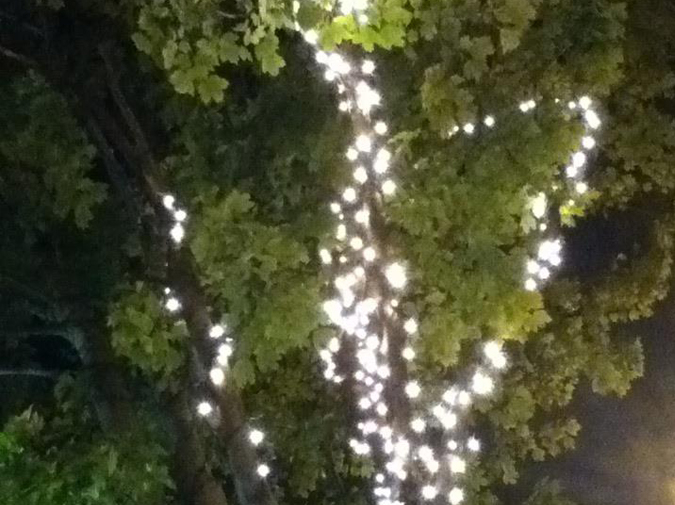 But it’s hard to know now if it’s your lightness or time that’s colored those memories pale and washed out. For a while I thought my memories were enough to stand in for you, but even my imagination has limits.

Like how every time I touched myself you were in the same shadow.

Our feet caught in the same blankets.

Sweat pooled in the same hidden places between us.

If I project you in my mind through all the outdoor months, when are we? And would you notice. And I guess not. I guess that was how everything stayed exactly the same.

How many degrees of separation are there between here and not?

You hang like a crucifix above my days. My mind’s bad habits no longer give me a buzz. You are the lift of a cigarette, the third drink, or worse: Benign. The repeating phrase at the end of a moving walkway.

This nothing has taken more strategy than seems absolutely necessary or at all reasonable.

When did my infatuation become pragmatic? When you finally asked why I wasn’t there, it seemed after the fact. Beside the point.

I was already beside myself. Standing idly nearby, watching nothing unfold between us.

I had to leave, or you had to stay. And there was no way to fold geography into itself. The atlas warping with rain and coffee in my backseat could not bring our cities any closer.

When did I first know it would die? How can you a look at a sick thing and not want to save it.

Sometimes I long for that longing, even knowing it wouldn’t fix anything but how much I miss missing.

You are the ocean or a rabbit hole.

A house or a home.

—Or one of those cardboard structures on the outskirts of midsized towns, renting for $300 a week. A steal for someone who’s got nowhere else to go.

Once, after hoping for hours that you would appear, you did. We had both been working and hadn’t seen each other in a year and the ease with which we fell into your apartment was disorienting and promising and distracted me for weeks as I drove to other faraway cities making new mistakes colored by my fresh interest in you. When I remember that reunion I worry that we’ll see each other again. Or that we won’t.

I can still think of you, if I don’t think of this.

It’s like that feeling everyone has a few weeks after a global tragedy.

The disconnect between the grocery store and war renders everything meaningless. What is senseless about killing when meat is on sale?

Ukraine is writing love letters to Russia. Terrorism is a birthday party and planes nap peacefully at the bottom of the sea.

Even the tickertape of my fantasies grows disenchanted.

At some point, demarcated by the same distance that had existed between us for an indeterminate amount of time, I started seeing someone new.

I tried to reinvest my feelings for you in them. As if all I needed was a vessel to carry the weight of my emotions.

This new person could not tell the difference, but when they said they loved me I questioned the ethics of my behavior.

To compensate I devoted myself to them completely.

Your pants fit each of us perfectly, but I wonder which of the three of us, you and me and the pants, fits best in which of the others and so on.

Once, in the bathroom at my office job, I pretended I was inside your skin and I made your face into the mirror, the face I have been carrying in me for months. On me, it was unbecoming and I knew it would never win you the way it won me.

The window frame is disintegrating into the shower. I watch black flecks migrate down the white plastic wall. I think about using a washcloth to wash myself and do not use a washcloth. I am half-assing things. I am imagining the worst possible outcome of everything. I am singing 1980s love ballads and thinking of you. But not just you.

Replacing you is a metamorphoses.

It is terrifying and ugly and alone.

Tatiana Ryckman was born in Cleveland, Ohio. She is the author of the chapbook Twenty-Something and Assistant Editor at sunnyoutside press. "I Still Think of You" is one part of I Don't Think of You / Until I Do, a book-length project.