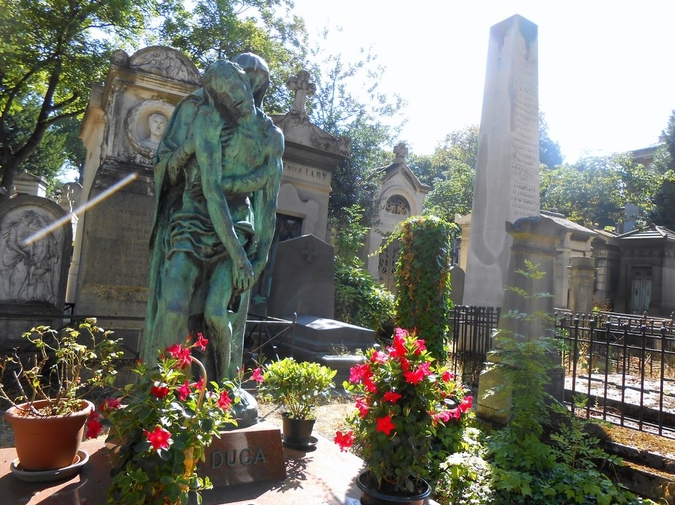 The first time I went to Paris, I was seventeen and stayed with a man who was thirty-three, Sylvain. I had lied to him online about being eighteen, and on the Métro I said ‘Actually I’m sixteen’ and he scoffed and rolled his eyes and smiled at me, the kind of crocodile smile I loved and still love.

I walked around art galleries and cemeteries alone, pretending to have already arrived at who I was becoming, breathing in clues like air. At night, Sylvain took me to a warehouse party and groped me until I laughed and ran away to catch the last train. During that week, all the Parisians told me my language is too poor to be spoken at all. I asked Sylvain if I should gain some weight so my breasts might grow bigger, and he grimaced and waved his hands and said no, no, it’s not worth getting fat for. I soaked in hot baths and felt myself turning into something I never had a blueprint for, light and sharp-edged. On the final night we spent together he tied my wrists with his belt and wreathed my heavy head with a blindfold. I said I want him to fuck me all night long, and he said ‘I’m not going to fuck you all night long stupid’ and I could tell he was rolling his eyes again. I laughed until I lost my breath.

A year later I got a text from him during English class, asking if I’m doing okay and if he could come stay with me for a bit. I never responded.

Now I’m twenty-five, and a man who is forty or forty-one has invited me to come to Paris with him. I said ‘yes’ at first, intoxicated with the idea of leaving. I am sobering up so fast it’s giving me whiplash. The more time I spend with him, the older he seems. I don’t know if I would still want to spend time with him if he didn’t pay for the drinks and the hotel and the Eurostar journeys (that’s a lie). I’m being cruel to him, phoning it in like this, when the stakes aren’t even high. But I know he’s phoning it in as well, pretending to look past my surface. Maybe that’s all anybody ever does - maybe I’m being a hypocrite, asking for the impossible. All I know is that I’m sick of bitter sugar.

The second time I go to Paris, I will avert my eyes from the decayed, and I will see only that which is in bloom. By now I have forgotten all of my pitiful fragments of French, but they will return to me. I will sow the strange seed of my own strength, the one planted by the cemetery eight years ago.

As a teenager, Mee used to carry a pillow and a copy of Fleurs Du Mal to the cemetery and lounge around reading for hours. She's still just as insufferable.