I LOVE DIERKS BENTLEY IS SAD: A BRO COUNTRY DISPATCH 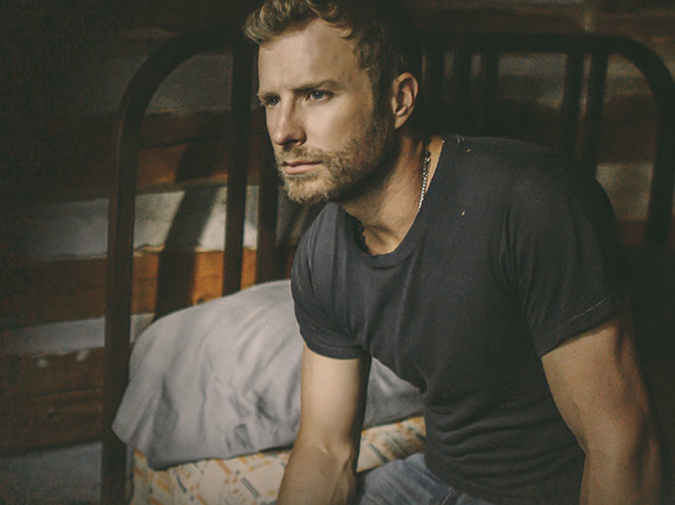 You guys, Dierks Bentley is sad in his “Say You Do” video. Homeboy takes a plane that lands on the water and then a motorcycle to get to this cozy cabin and is bummed when the girl doesn't show up. But I'm like DIERKS...Y U SO CRAZY...SHE PROLLY JUST COULDN'T GET THERE. I mean, bless her heart she prolly doesn't have a plane-boat and pilot at the ready. Dierks should've picked a more easily accessible sex cabin. DIERKS WE HAVE BEEN OVER THIS BUT WILL YOU EVER LEARN?!?

I like Dierks because he looks like a baseball player. I have all sorts of ways I shuffle people, compartmentalize them to decide what I think about them, their faces, whether they seem likeable to me. Looking like a baseball player is one of those ways. I tend to like a man more if he looks like a baseball player. I also have a nice not-creepy dad section, a sweet-faced kindergarten teacher section, a women who remind me of Reba McEntire section, which means I instantly like them. If anyone reminds me of my high school youth pastor, I love them forever. Extra bonus points if they have a North Carolina accent. That's what made me fall in love with Josh Hamilton so quickly. He's a baseball player and he has a North Carolina accent which isn't even my favorite accent but it's one of them because it's so comforting to me.

Dierks Bentley's video is comforting to me. He's chopping wood and he's got a fire in this cozy cabin and he's singing. He's pouring two glasses of red wine. He drinks one, then moves to whiskey. The girl still hasn't shown up yet. He stokes the fire and he's wearing blue plaid flannel. He looks out the window, still hoping. Even if she doesn't love him anymore, he wants her to say she does.

“Even if you don't wouldn't you mess me up, get in my head, steal my t-shirt, wreck my bed?” And later he sings “I'm begging you to lead me on. Say it feels good to be back in my arms. And then don't call me.” So really to be honest, he's not asking much. The cabin is really nice and Dierks is handsome-enough. I spent a couple days earlier this year trying to decide if I had a crush on him or not. I think the answer I came up with is that sometimes I do, depending on the picture. I guess what I'm saying is that I'd have red wine with Dierks Bentley. It looks like a decent red—probably mid-shelf and a little oaky. I'm more of a white wine girl but I wouldn't make a fuss about it. And it's not like he's asking the girl to marry him or anything. I've been married for a long time but that's because I wanted to marry my husband, only him. When it comes to almost everything else I'm pretty commitment-phobic so Dierks keeping it chill also appeals to me.

Dierks takes his shirt off and sleeps. Dierks has a nice back and he's wearing a necklace because country singers and baseball players love necklaces. Seems like a lot of men love necklaces. Seems like about 75% of dudes love wearing some kind of cross or chain around their necks. In the morning, Dierks has his necklace tucked into his shirt. He looks at the table and there are two glasses of wine and one of them is still full, one of them is empty. Dierks looks at the lemony morning sunlight cutting through the dirty window. He didn't drink the second glass because the whiskey was stronger and he was sad. She didn't show up and drink the glass of wine either.

So Dierks gets back on his motorcycle and leaves. And when I first listened to the song I thought maybe this was a one-time deal. Dierks asked this girl to say she does even if she doesn't and she doesn't show up and that's it. The end. But now I'm thinking Dierks may do this a lot. Like, maybe this isn't the first time he's asked. Or maybe he asks this of all the girls who break up with him. Maybe this is like some sort of exit interview. Hey girl I know we aren't together anymore but remember my cabin? I have wine and a decent voice and that guitar. Remember my guitar? Why don't you come up to the cabin and we can hang out for one more night? I'll wear my necklace. No biggie. I just wanna see you, that's all. And it's actually pretty sweet. Dierks isn't creepy, he doesn't worry me. He's not being pushy. Dierks looks like he makes decent eggs and toast. Bacon, probably. Dierks has a chain of restaurants called Dierks Bentley's Whiskey Row and I haven't been yet but the burgers on the website look amaze. I'm betting Dierks is a decent cook.

Dierks isn't Sam Hunt or Chase Rice or Luke Bryan or the boys from Florida Georgia Line. Chase Rice probably wouldn't wake up early and play guitar with the sunrise light on his face. I just paid $5 to see Chase Rice in concert. He played “Raise Up” by Petey Pablo before he came out. Chase is from North Carolina too. Chase Rice was on Survivor, Chase Rice used to play football. Chase sings stuff like “I'm as gone as I've ever been and it ain't weed or whiskey, baby...Girl you drive me 50 shades of crazy.” Chase Rice has a cozy cabin song too called “Gonna Wanna Tonight.” Chase would be good for a night but let's be honest, probably wouldn't remember your name in the morning. Chase probably stayed up too late drinking shitty light beer and telling old football stories but Chase Rice is so tall and handsome as hell so we let it go.

Sam Hunt used to play football too. And Sam Hunt probably wakes up early, but not to make breakfast. Sam Hunt probably wakes up early to go sit outside and drink unsweetened chamomile tea and write in his journal. Sam Hunt seems super-emotional in a good way. He sings stuff like “I don't mean to bother you but I couldn't just walk by and not say Hi.” And “I don't mean to come on strong, don't get me wrong. Your eyes are so intimidating...no, girl, I'm not wasted.” If you broke up with Sam Hunt, Sam Hunt wouldn't ask you back to the cabin for just one night. Sam Hunt would pull a Noah Calhoun from The Notebook and buy you the cabin of your dreams and fix it up for you even if you were engaged to someone else. Sam Hunt loves you that much. Sam Hunt is probably crying over you right now. Sam Hunt is the Drake of bro country.

One of the boys from Florida Georgia Line looks like a baseball player, he used to be a pitcher. The boys from Florida Georgia Line would probably be sleeping one off too. One off two because there are two of them which is totally different, although one of them does most of the singing. And the one who does most of the singing goes “Pull an all-nighter chasing that desire, sparks flying in her eyes like lighters.”

Luke Bryan seems like the breakfast type and one time I saw Luke Bryan in concert at a Walmart and maybe Dierks and Luke aren't really all that different. Luke sings “wreck my plans baby that's all right...this is a drop everything kinda thing...swing on by I'll pour you a drink. The door's unlocked I'll leave on the light. Baby, you can crash my party anytime.” Luke wants the same thing Dierks wants. He wants the girl to come over. Don't think about it too much, just show up and he'll be there. He has alcohol and a decent place. That's enough.

This is Bro Country and I do not hate it. I'm not trying to be funny. I really do love Dierks singing “Say You Do” and “Drunk On A Plane” and “Riser” and all of his songs. The other boys too. Thomas Rhett, Cole Swindell. I own these albums and I listen to them a lot. I love country music because it's all the same. I'm easily overwhelmed and I don't like surprises. I want to hear about the girl sleeping in the boy's shirt, the same beers, the same whiskey, the same jeans and trucks and farms and fishing and small towns and backwards baseball caps. Bro Country is meta, Bro Country is legit bros. Bro Country is basically handsome-enough hip-hop-listening athletic white dudes with black dude drummers and bass players and decent haircuts and scruffy beards and necklaces and sometimes tattoos...begging girls to climb into their trucks, begging girls to wear their shirts, begging girls for peachy-sweet beery kisses which is obviously bro country code for sex. Bro Country is not all that different from dudes in general and real life. I've dated enough white dudes and went to college in Kentucky and I've been to, like, twenty-five Dave Matthews Band concerts, so trust me, I know this stuff.

Leesa Cross-Smith wrote a book called Every Kiss A War and she edits WhiskeyPaper and she loves One Direction and baseball.