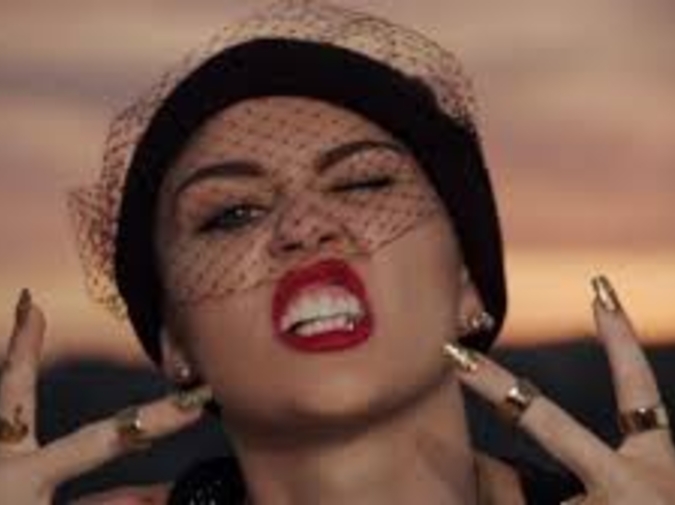 On August 23, 2013 I checked into an inpatient treatment center in middle-of-nowhere Ohio to get off heroin and other drugs. Besides detoxing me safely, teaching me things about drug addiction and staying clean, feeding me, giving me a place to stay, etc, rehab gave me an appreciation for mainstream pop music that I hadn’t really had before.

In between activities, people smoked under the pavilion (or in the courtyard after dark), played basketball or volleyball, went to the gym, talked on one of the three phones available for personal calls, napped, hung out in the commons area inside. There was a piano in one of the TV rooms - TVs were turned on from 5:30AM-7:30AM and 9:00PM-12:00AM - that no one ever played. The only place one could be alone – and isolating was discouraged – was in his/her bedroom, and even then one’s roommate could be in there. It was essentially impossible to not be around at least 5 people at any given moment.

After I was detoxed and moved upstairs, a security guard woke me up at 6:00AM every morning to take my medication. One morning in the med line I overheard a security guard telling the nurse about a patient named Geraldo Cuevas who was refusing and threatening and swearing at him when he tried to wake him up. I interrupted their conversation and told the security guard that I could wake Geraldo up, that we were friends.

I woke Geraldo (everyone called him JR) and we went to the med line together.

For the next few mornings, I made a habit of waking JR, getting coffee and smoking a cigarette with him, standing in the med line then drinking more coffee and chain smoking until breakfast.

At some point we stopped enjoying sitting outside for an hour and half and having shitty conversations with people we didn’t like and smoking too many cigarettes so we decided to find another place to hang out in the mornings.

There was a large TV/conference room at the end of the upstairs hallway with a table and chairs and a flat screen TV that nobody used in the morning because the TV got certain channels and not other channels. We weren’t allowed to have iPods or cell phones in the treatment center, and even though the Counselor’s Assistant’s sometimes played music in the lecture hall at night, they didn’t play anything we wanted to hear - one was a “deadhead,” one listened to The Red Hot Chili Peppers and 311, one listened to rap but the rap had to be edited and not drug-related so it was always almost enjoyable, which was worse than just plain unenjoyable - so after a few days of figuring out what was on in the mornings, we started watching VH1.

VH1 played music videos every morning from 6:00AM-7:30AM. JR and I would wake up, get coffee/smoke, get our meds, and watch music videos together in that gigantic conference room while drinking coffee. The show played two music videos then commercials. If we didn’t like the second song, we’d run downstairs (with the remote, so no one could use the TV) and smoke a cigarette, hurrying back to see the first video after commercials. It was the only time of the day we weren’t surrounded by people.

Here are some music videos I grew to love and some things I’ve thought about them.

The first time I saw this video, I immediately wanted to see it again so I could pay closer attention. The more I watched it, the more it became like a girlfriend who I didn’t like much at first – we were together because we were lonely - but who I liked more and more the better I got to know her. This song almost seems, to me, like a caricature of a pop song. It paints a highly relatable image of what it felt like for me to be an American teenager – sitting on parking lot curbs, drinking alcohol, talking about “all [our dreams] and how [we] would show ‘em all,” falling in love frequently/easily, watching TV, being affected by a culture of competition, etc – in a manner that feels exciting and not bleak, despite being realistically, in my view, extremely bleak.

This was my favorite of the songs, and I still listen to it on a regular basis. The chorus is catchy and happy sounding, but the lyrics – “I’ve got that summertime, summertime sadness” - are pretty dark, which characterizes much of the music I like. The second verse – “I’m feelin’ electric tonight / cruisin’ down the coast goin’ ‘bout 99 / got my bad baby by my heavenly side / I know if I go, I’ll die happy tonight” – especially the 3rd line, makes me feel excited, to a somewhat sarcastic degree, about falling in love with someone in a 1950’s “you’re my girl and I’m gonna make you mine” type of way. The video is also pretty sweet.

“Still Into You” – Paramore

When I was in high school Paramore was popular among the kids who shopped at Hot Topic and gauged their ears, so when I heard this song I was surprised. Instead of a pity-party sung over a vaguely heavy sounding instrumental, which is what I expected, “Still Into You” is a pleasant, poppy, love song, and the video depicts the band actually partying, or like, running around in a room full of balloons, more accurately.

My friend Kevin really liked this song. It was “his song,” which made me want to hate it, and I did at first, but after seeing the video a few times I began to really like it. Catchy and cool, this song became one of my favorites. JR downloaded her album “Pure Heroine” when we got out and I listened to it on a daily basis for ~3 months.

It was less that I liked this song and more that I hated it less than many of the other songs that VH1 played, but I watched it almost every morning and got into the sappy sentiments this song had to offer. The chorus, while lame sounding and repeated a few too many times, is still relatable to me. Whenever it came on JR would say funny things about the lead singer looking/sounding like a leprechaun.

I watched this music video debut and watched it every morning after that until I left. Katy Perry is fucking ill and I like that the song was just like, a “get back up” anthem and not much else. I would sarcastically perceive myself as living that song while listening to it, via being hopelessly addicted to drugs for so long then [something].

I’ve always loved Taylor Swift so it was sweet when this music video started playing a lot. JR also likes her so it was sweet to be able to get down like that with my new friend. At some point I had my mom smuggle Mallory Whitten’s copy of “Red” in to me when I was allowed to have visitors so JR and I could listen to it via the DVD player when we were doing homework.

I listened to Tegan & Sara’s “The Con” in my mom’s car a lot in high school. I like the part in the song where they’re like “All you think of lately is getting underneath me / All I dream of lately is how to get you underneath me.” I feel like this song is surprisingly sexy for Tegan & Sara, and I really like the instrumentation and melody.

Everyone in rehab loved this song. I'm trying to resist typing a Hannah Montana joke via the lyric “Everyone in line in the bathroom / tryina get a line in the bathroom.” One night one of the Counselor Assistants played this song at someone’s request in the lecture hall and it was sweet to see a bunch of drug addicts singing “We can’t stop / and we won’t stop” really loudly.

Jordan Castro (b. 1992) is the author of YOUNG AMERICANS (Civil Coping Mechanisms, 2013) and other things. He has a Twitter, Tumblr, Instagram & blog. He lives in Lakewood, Ohio.