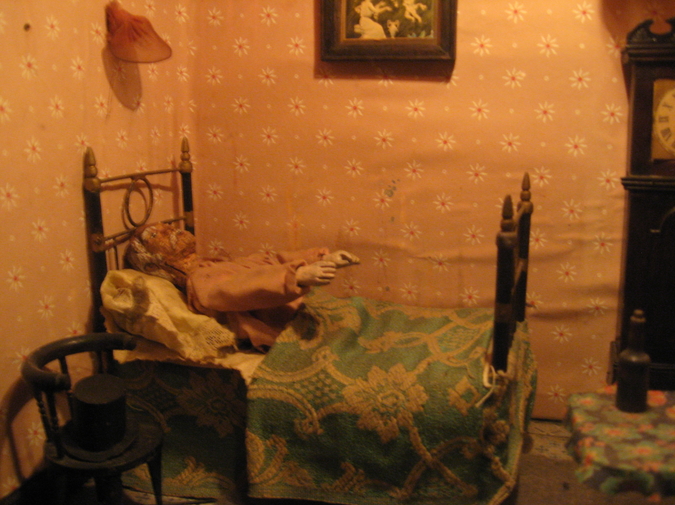 The lamenting husband was lamenting again. Not another husband, he was crying, shaking his head. A tiny husband lay in a pool of blood beneath him.

A friend attempted to comfort him.

I don’t understand, said the husband, what am I supposed to do with all of these husbands—and the wives?

How many wives do you have now? his friend asked.

Seven, or eight. And twice as many children, or three times, I’ve lost track.

And, then, how is one to know one’s place in the family?

That can be quite difficult, his friend said, to be unsure of one’s role, where one fits in the overall family scheme, I mean. Think of me, this friend said. I was recently supplanted from my place by a very aggressive wolf.

Yes, the husband said, attempting to compose himself. And how are you doing?

I have adapted, but it has not been easy.

I have done nothing but adapt! the lamenting husband shouted. In one role, I am submissive, in the next dominant. And then a great strain showed on his face, his mouth contorted in a violent and afflicted way and a loud popping sound was heard. A moment later, squatting on the ground beneath him--another husband. Twins! the husband cried.

Beau Golwitzer's writing has appeared in Kugelmass, at JMWW, and at Everyday Genius. He lives in Chicago.