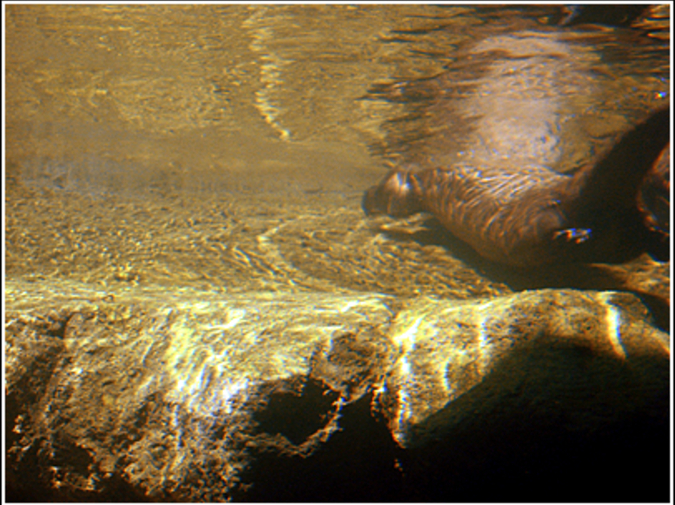 The winter I turned twenty-seven, I followed a woman who said she might love me to a small town in Northwest Pennsylvania, a go-between place that provided me with little comfort, except maybe to say that its prospects seemed even worse than my own. By the time the woman I'd followed left me, clearing out our meager apartment while I was at work, I had already established a routine. Mornings and afternoons I worked cooking wood chips into a mealy pulp at the paper mill near the lake. Evenings I went to Hunters Tavern, the place where I did most of my drinking.

Hunters was a small, dark bar, close enough to where I was staying that I could walk. The prices were good and the same ten or fifteen men were always sitting at the bar when I arrived, quiet men who would not bother you, but who you could have a friendly conversation with if the topic and the timing were right. At the far end of the bar, encased in glass, was a large black bear the previous owner had killed and had professionally mounted. A small fake tree stood on one side of the case and a landscape painting covered the back wall. It displayed a grass filled valley with a thin stream running through it and tall mountains in the distance. The bear had been fixed in an attack pose, claws extending from outstretched paws, jaws opened wide revealing a row of sharp, yellowed teeth. A single light bulb at the top of the display illuminated the whole thing, casting the bear's dark shadow across the hardwood.

There were rarely any women at Hunters, except for the wives of a few of the regulars who would come to pick up their husbands at closing. These were women who stood in the doorway silently, hair mussed from sleep, long winter coats held shut over fraying nightgowns. Their faces were aged with the stoic acceptance of their lots, and they would wait until their husbands finished the drinks they had in front of them, unseated themselves clumsily from their stools, and collected their change and cigarettes from the bar.

On most nights I would sit at the end of the bar by myself, watching whatever game might be playing on the television mounted in the corner or staring at the bear behind the glass. But on this night, the one I'm going to tell you about, I was shooting pool with a man who came to Hunters twice daily for his meals, which he took alone in a corner booth. The bar had only one pool table, an off-balance affair with loose felt, torn in spots and covered with cigarette burns. The house cues were all a bit warped and so there were several variables to even the most straightforward shots. We weren't playing for anything, just killing time while he waited for his dinner. It was the end of January and outside a freezing rain coated the streets in ice, so the bar had been mostly empty all night. It was late and I was thinking of leaving when the glass door swung open and a woman came in alone. She wasn't wearing a coat and once the door had shut behind her, she shook her entire body the way a dog might while trying to dry itself off. Tiny pieces of ice had settled in her long brown hair and even in the dim light of the bar they sparkled. She stood for a moment by the doorway and let her eyes wander around the room as though she might be searching for someone in particular. Her gaze passed right over me and everyone else and when she'd finished she turned and moved toward the bar. She was wearing boots with heels on them and as she walked, she stumbled slightly.

The man I was playing pool with looked at the woman and then at me and shook his head and smirked. He sank the eight ball with a decent cut and then took a seat in his booth to wait for his chicken wings. I walked back over to the end of the bar and ordered another drink. The woman was sitting a few stools down, stirring a glass of whiskey and ice with her pinky finger. There was nobody between us. I was trying to see her face but her hair was blocking her profile. After a moment she pushed it aside and looked around and seemed to catch a glimpse of the bear. She got up and walked over and stood next to me.

"That's some animal," she said, "what do you suppose he was thinking the moment he got shot?"

"Probably, 'Oh shit,'" I said, without turning around. She laughed and so I invited her to sit down and she did.

"Doesn't seem right," she said, "a strong creature like that, locked away in here forever, to be stared at by drunks."

"Doesn't matter how it seems," I said, and for a moment I thought I'd said the wrong thing, that she would turn and walk away without another word, but instead she nodded.

"You're right," she said, "it doesn't." She looked at me and I saw that there might have been a time when she'd been beautiful, but that now she wore too much makeup, powder caked in places, mascara running a little from the rain. She was drunk, but not so much that she slurred her words, just enough so that I knew. On her left ring finger was a gold wedding band.

"Where's he tonight?" I asked, pointing at the ring.

"Burying his mother in Pittsburgh," she said.

"Because I always hated his mother." She smiled, her tongue flicking against the back of her teeth and when the bartender came by again, I ordered us a round of shots.


It didn't take long, the two of us drinking the way we were. Soon I was driving her car along 26thStreet, past the highway connector and the gray blur of abandoned warehouses and factories. She'd told me she'd let me know when we reached her street, but it seemed like I'd been driving forever. Next to me she rolled her shoulders back and forth across the cloth seat as though, even sitting down, she was slightly off balance. Her eyes were squeezed shut, and she kept running her hand up and down my leg.

"Are we there yet?" she asked.

She opened her eyes. "Next one," she said.

I turned off at the next street and drove slowly as I followed her directions. A thin layer of ice had formed on the asphalt and glinted under the streetlights. Finally I pulled into a narrow gravel driveway. Her house looked like every other house on the block. A small, two-story building with paint curling up around the edges like pencil shavings. I shut off the headlights and the engine.

"This is it," she said, "tada." And then she leaned across the middle console and kissed me hard, pushing against my lips until she'd pinned my head against the driver's side window. She tasted like some overripe fruit, spoiled and pungent, and she ran her tongue around the inside of my mouth. I thought about the woman I'd moved to that town for, where she might be at that very moment, who she might be there with.

The woman leaned back and took a deep breath. In front of us, the large bay windows of the house were illuminated by the amber glow of a streetlight. I saw that the curtains had been pulled back slightly and that there was a small girl inside, standing there watching us.

"Who's that?" I asked, nodding toward the window. The girl couldn't have been any older than six or seven. She had long blonde hair and wore a large white t-shirt that fell below her knees. Her tiny hand was pressed against the window and she looked scared. When she saw that we'd spotted her, she hid quickly behind the curtain.

The woman had followed my stare. "That's my daughter," she said, "she's supposed to be in bed."

The woman turned and gave me an annoyed look. "She's supposed to be in bed," she said again. "She watches herself."


All of this happened a long time ago. I no longer live in that town, or even think about it much. And I no longer drink the way I once did, angry and hungry at the same time. These days I have a family of my own, a wife and a daughter who thinks I'm the world. At night, after I've tucked my daughter into bed, I wait outside her room for a minute, so that if she calls for me, I will hear. Every day I go to my job and come straight home after, and there are many, my family included, who would call me a good man. And it is maybe because of these things that it is hard for me to imagine that man, the one who got out of the car that night and stood quietly in the doorway while that woman screamed at her daughter, the girl shivering as cold air rushed in around me, pulling the hem of her makeshift nightgown toward the floor, the woman screaming and screaming until she finally sent the girl off to bed crying. I try to think of how that girl might have seen me, an uncertain creature silhouetted in the doorway, a strange man in her home, and it reminds me of the stains I've left on this life of mine. It's hard to think of that man, the one who stayed the night with that woman and left the next morning without a word. It is hard for me to picture him, but that does not change anything. And it is not regret I am talking about, it is something different altogether. I remember that when that woman yelled at her daughter she called her Lexie. The girl's name was Lexie.

Eugene Cross received an MFA in fiction from the University of Pittsburgh. His stories have appeared or are forthcoming in Narrative, The Pinch, Callaloo, Third Coast, and Storyglossia. He teaches creative writing at Penn State Erie, The Behrend College.