How to Rescue a Bobcat 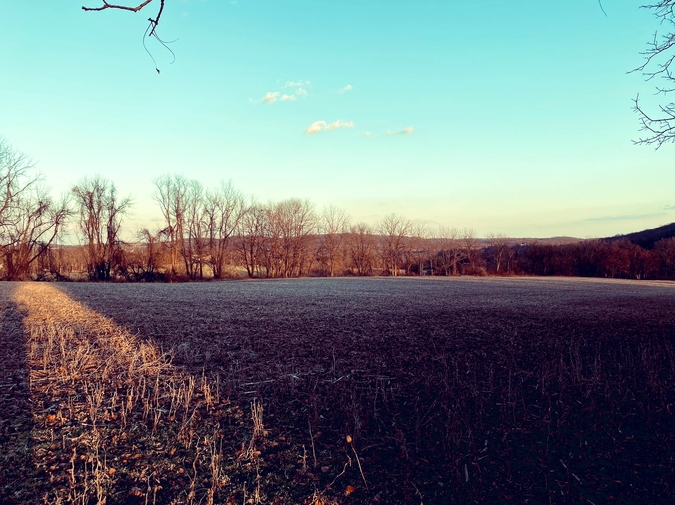 There are not so many things that I pride myself in, but there are a few. One of them is that I have scanning eyes. I’ll see a deer sleeping two fields over while driving 60mph on a sharp backroad turn. Or, that time I was cruising along the Bay with my friend Dave, and he says, "That’s a seagull." Dave knows birds like nobody you’ve met, but it’s not a seagull. I see the malar stripe and the point of wing from a peripheral that expands further and more exact than what is to be expected. These scanning eyes go internal as well, maybe right into you, in ways that leave me lonely because most people don’t want to be seen up and down. I was in love with my best friend once, and through sobs and a head hung as low as a man’s head can hang, he told me he didn’t like how deeply I knew him, how I could predict his every move. "You look at me from every angle," he said, defeated.

Over the years, I’ve invested a lot of money trying to figure out the semantics of my scanning sight, usually with professionals. It is neither good nor bad. Is it rooted in trauma, do I see spirits, does my intuition grind me into split second choices, and who is to say whether I am messing everything up or making everything right? I try to slow down but I don’t really know for what for. I overcompensate in all directions. I try to act human, but I don’t really know for who for.

One day, I end up on the side of the road next to a bobcat who is thrashing after being hit by a car. There is a bicyclist in bright neon. Her face is kind, bent into genuine worry, standing guard and wondering if I can help. I am staring at the cat and if I believe in the binary, it is alive, not dead. It is making guttural sounds and looks me right in the eyes. In that moment, the bobcat tries to drag me under. It wants to kill me.

My friend Dave had taught me how to rescue birds of prey. "It’s easy," he said, "Unless it’s a falcon. You just throw a blanket over it and grab it up by the feet, like this." He showed me his hand, fingers extended as if around talons, scaled legs.

I look at the cat. She can’t move her back end. Her legs are thick for walking the forest floor and wrapping around the body of prey. Her eyes are big for night sight. The bobcat shows me the space between each of her fangs and the back of her throat. I walk back to my car to get a blanket.

In the last two weeks, I have been writing about wild cats while thinking about my daughter. When she was an infant, I accidentally dropped her in a river but became a mountain lion to drag her out and up the mountain. When she was three, I had a vision I had re-birthed her as a tiger and had been given instructions on how to protect her. Last week, she had a seizure and turned blue, but now she’s in my car pulling up the number for the wildlife rescue center on my cell phone. I am walking towards the car in my human body, thinking my human thoughts. I am a mother doing the right thing on the side of the road.

But there is an urge. I feel it in my eyelids, it hovers over my shoulders. I want to kneel with the bobcat, look into her eyes, indulge in her desire to kill me. It would feel as intimate as fucking, as being taken by a man. But the lady on the bike is watching me, and I worry that I’ll push us all into the road if I get too close. The cars are not slowing down, not even when I put my hand out, not even when I mouth stop.

I have imagined killing animals before. If I hit a deer and I am alone, I have trained myself, theoretically, to backup over its body. I have imagined taking an injured bird in my hands only to lay a pillow over its form, the push of flutter on my palm. I want to say to you that killing is an act of kindness. I want to explain that rescuing is a construct, one that feels especially white, designed to alleviate our guilt around the harm that we perpetuate. I feel like I might have to talk you into agreeing with me, that you and I would have a long conversation around putting your dog down and how long you waited. In this conversation, I would argue that allowing death to remedy pain is an act of kindness, that we can heal into death, that a swift death is merciful. It is not a new conversation, and maybe we have already had it before. Maybe you have shot your dog in the head since then. Maybe you have a big heart like that, one that I want to crawl into and wrap around me like a blanket.

What if I said kindness and mercy are constructs? What if your rifle is two feet too long? I want to leave my notion of right and wrong and act from the place where I am kneeling, look into the broken eyes of a dying bobcat, and allow my knife to sink into her neck. Not as a gift, not as a sacred act, not as anything other than bare handed urge. I have to consider my bare hands. I think that’s what she wants. Me, her, animal. But, we know I won’t kill this cat bare handed. We know this.

I have seen value in long drawn-out deaths. I’ve even seen it in birth, when mamas are dragged through the night screaming. Surely, you would now counter in our conversation, "Look at you, still toying with the notion of value." You should have seen my birth. I died a thousand times, draped it in shrouds of value. Just like my daughter’s seizure, just like this cat and her eventual cat death. I want it to mean something.

The people at the rescue center said we did right, that we saved the bobcat from needless suffering. I disagree, but I didn’t tell them that. I thanked them for all that they did. They were kind people.

I could have told the bicyclist the bobcat’s back was broken, that the bobcat was paralyzed. I could have dragged the bobcat down to the river. I could have been cut by bramble, my clothes tearing. I could have walked away, left her alone below the eagle’s nest, left her backed up against the redwood tree.  She would have taken her time dying, sung her cat song to the rocks and fish, let her spine bleed out her nose and let her claws sink into the mud. She would have kneaded the earth. Her rattle would be met by home. When the time was right, the eagle would have feasted on her body, became fat with her organ meat, let her pelt wet into winter. A song bird would have used her belly fur to line a spring nest.

I could have been an animal with her, let her drag me under by her eyes. But I didn’t. I drove her in a plastic container across three watersheds. I let my daughter look at her body and listen to her growl. I left her with kind people. Then I drove my daughter home, telling her while scanning her face by the glow of oncoming headlights, I think we did the right thing.

Kelly Gray (she/her/hers) resides on Coast Miwok land amongst the tallest and quietest trees in the world, deep in fire country. Kelly has been nominated for a Pushcart Prize by Atticus Review and Best of the Net by The Account Magazine, and her writing has appeared or is forthcoming in Passages North, Pithead Chapel, Pretty Owl Poetry, Birdcoat Quarterly, The Normal School, River Teeth, Lunch Ticket, The Inflectionist Review, and other publications. Her book of poetry, Instructions for an Animal Body, is forthcoming from Moon Tide Press and her micro chapbook, My Fingers are Whales and Other Stories of Cetology is forthcoming from Moonchild Magazine. You can read more of her work at writekgray.com.