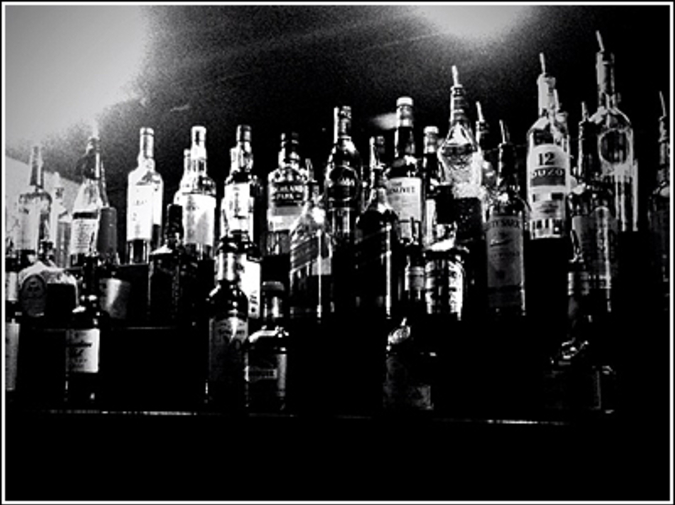 She fried eggs, her thoughts on that fake gypsy woman from the bar the previous night, her and her stupid tarot cards. Fred sat at her feet, thumping his tail and whimpering. She tossed him a sausage.

Matt appeared in the kitchen, bleary-eyed. He reeked of stale beer. She poured coffee. He scratched his hairy stomach, his shirt riding up and down. She ordered him to eat. He couldn't face a fry. She insisted.

The supposed gypsy had long, greasy hair, gold hoop earrings peeking from the dirty strands. Her gold arm bangles jingled while she dealt and lifted the cards. A mushroom smell off her breath, and earthy whiff off her skin. She accepted payment in Tequila Sunrises choked with cherries.

At first, she had waved-off the tarot cards for nonsense, but the hag's grave voice held her mesmerized and dark, probing eyes sent shivers over her. When the woman claimed she could see a baby where there was no longer a baby, she felt snakes wrap around her body and cinch her chest.

Matt gestured with his fork at her coffee mug.

"I can't eat breakfast, not since...." her voice trailed off.

He wiped his mouth with the back of his hand, staining himself with tomato ketchup.

She continued: "Not since the morning sickness."

He looked down at his plate.

She remembered the drugstore that night with its endless aisles and harsh yellow lights. He had waited outside in the car park. When the test proved positive, he had looked at her for the first time since she'd told him maybe, his face red with anger, blame.

She pushed away her coffee mug. His eyes followed hers to the wall calendar and away again. He had acted so sweet on the day of the clinic: opened doors, stroked her hair, reassured her over and over.

After, he had helped her into their bed with its clean sheets and hot water bottle, and held her until she fell asleep. She could still smell his relief.

He pushed away his breakfast plate, the leftovers looking violated. She let him stew in his own silence.

He moved to the radio on the Formica counter and turned-up the volume too loud. The Smiths.

She gripped the edge of the table, talking over the noise. "What would have been so terrible about us having the baby?"

He walked out of the kitchen, and the apartment.

She cupped her coffee mug with both hands, holding onto its warmth. Fred padded over and stretched-out over her feet, also lending his heat. She patted his bony head.

Ethel Rohan has work forthcoming from Dark Sky Magazine, The Emerson Review, and Potomac Review. She blogs at ethelrohan.com.