How to Have a Pandemic 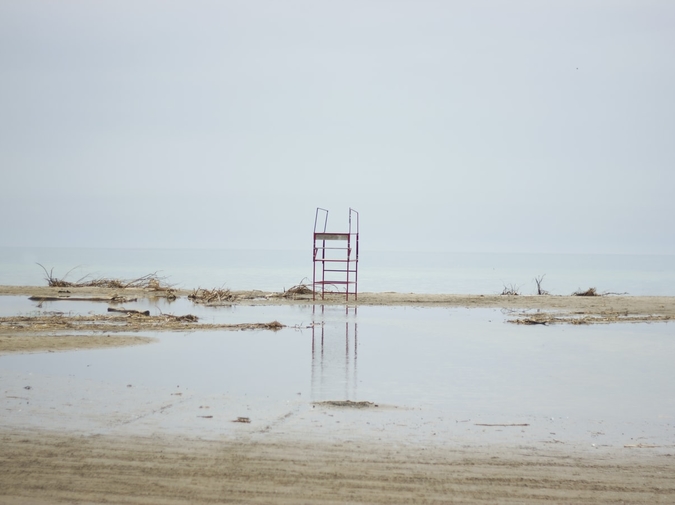 How to have a pandemic with your teenager.

Invite her long-distance boyfriend to visit so that she can remain emotionally healthy.

Find out he visited friends when he was supposed to be isolating.

Rescind offer. Watch daughter explode and spit and curse—say she’s leaving. You take her phone in a desperate and failed attempt to get her to stay in her room until she calms down. Watch her drive away.

Pick up supplies for home project from the hardware store. While sitting in the parking lot waiting for masked employee to bring your items out to your trunk you watch customers walk into the store. Count how many are wearing masks versus not. Watch them laughing. Watch them living as though there isn’t a pandemic. Consider rolling your window down and asking them where they bought the willful ignorance because you really want some. Remember you really don’t. Remember the time your type-one diabetic husband was in the ICU. How lifeless his face looked. How you pictured your life without him. Picture that over and over again. Wave to the employee as they throw the items in your trunk. Put hand sanitizer on even though you never got out of your car. Drive off.

Wait for teen to return from drive to clear head. Watch her cry. Weigh the risks of her emotional health against the claims of her boyfriend that his one visit to a friend’s house was completely safe. Hear the story of how that friend has a girlfriend who is high-risk. How they are all playing things safe.

Remember the scene in a movie you were traumatized by as a kid and there were gang members hanging out in an abandoned building and one of them put a single bullet into an otherwise empty gun chamber and spun it. He closed it up and handed it to another man in the room. The man took the gun, put it to his head. Pulled the trigger.

Your daughter is supposed to be starting college this year, but she says you can’t call it that. Everyone will be in masks and six feet apart—and that is if they even start. She scans her phone and flips off social media pictures of young girls in bikinis crowded amidst bodies and sweat and mucous droplets that float out of their facial orifices and hang at their heads like inverted halos.

You think of the last time you walked the southern point of NJ at the Delaware Bay side. How there were three dead puffer fish. Dead fish you didn’t know what they were. Dead jellyfish. Dead sand. Death. You wondered what was in the water no one could see. You wondered what silent movement decapitated life at a level you just couldn’t see.

You wonder who touched the door handle before you as you enter the doctor’s office. What can’t you see? Why haven’t we evolved to be able to see the tiny battlefield right in front of our faces; the minutia. You think of another movie you watched. Black and white. The Incredible Shrinking Man?  He couldn’t stop it. First his clothes were a little large, but his lover could still hold him. He kept shrinking. One day he was so small spiders were large beasts. Then he became microscopic. A virus. Invisible.

You are starting to forget when you weren’t afraid to touch people.  All of the times you drank after perfect strangers. Kissed boys you said three words to. The way you held hands with strangers at concerts. The way skin, skin of other people healed you. The way just knowing you were near the hot breath of people somehow was a lullaby to your darkest nightmare. You visit your parents. Your mother stands closer than six feet and you feel uncomfortable. You think of your father’s heart. The ways in which it beats inside of his chest—high-strung and heavy. You think of how, at one point, you were a parasite in your own mother’s body. How it grew you. She keeps standing too close.

You tell your daughter you don’t know where her boyfriend’s friend has been. She has apologized for screaming and cursing. You don’t tell her, but you think it was a reasonable response. But the friend of the boyfriend, you tell her, he could have been with those girls in bikinis on the beach dancing in breath, dancing with the tiny virus soldiers. You ask your doctor what to do. She weighs risks with you. Six thousand pounds of feather weighs the same as an elephant. What is the weight of one risk versus another? My emotional health is like the shrinking man. My daughter’s emotional health is the elixir. Maybe it is the other way around. You think of the weight of an entire beach. You think of the vastness in a grain of sand. It is definitely the other way around.

Ask your daughter what day it is. She can’t remember. No one knows. You thought hell involved fire and starving, but you remember that there is more to starvation than the food we put into our bodies. You start to draw sticks on the wall to remember the days. You weigh the risks. You walk the dogs. You put the bullet in the gun and spin the revolver. You point it at your body. You point it at everything that has weight. Everything you know.

Caroline Plasket's work has been published or is forthcoming in Copper Nickel, The Laurel Review, Cherry Tree, The Cortland Review, Atticus Review, Spoon River Poetry Review, Threadcount Magazine, and elsewhere. She was previously a mentee in the AWP Writer to Writer Program. She lives in Northern Kentucky.