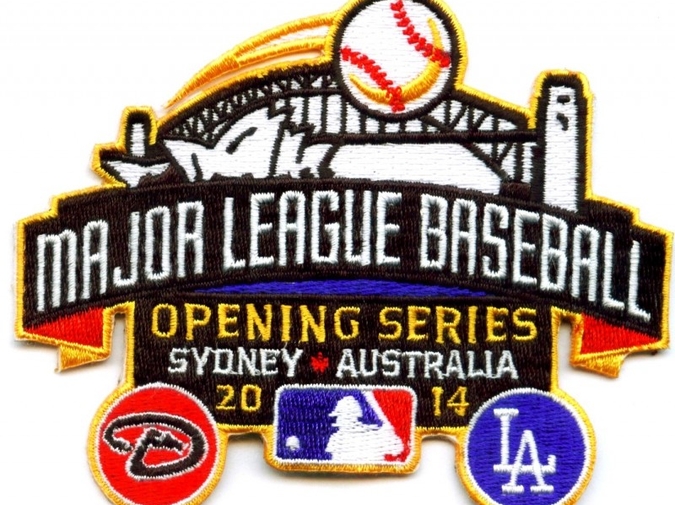 For the last couple of years, we've asked some of our favorite writers and contributors and known baseball fans to "predict the season," a kind of Hobart version to an expert's panel of predictions on, say, ESPN or Sports Illustrated. Last year, we moved from a monthly "issue" to daily content, so you can see all the expert's picks, together with fiction, poetry, and other miscellany, here. You can also see 2012 picks' here, and 2011's here. First up for 2014... Stewart O'Nan!

Tampa Bay Rays: When Jeremy Hellickson is your #5, you've got some arms.  Not a lot of offense, but Joe Maddon will get them there again.

Your World Champion Boston Red Sox: I was right last season:  Jonny Gomes and Mike Napoli were old and slow and not killer acquisitions.  And I was wrong:  John Farrell turned back the clock and got solid years out of Lester and Lackey, and Buchholz before he got hurt.  Plus he cobbled together a great pen out of spare parts.

Baltimore Orioles: Adam Jones and Chris Davis put up some crazy numbers, just not enough to overcome an aceless rotation.

New York Yankees:  Tanaka and Ellsbury have a lot to prove, and Beltran should hit his usual .300/25/100, but unless Sabathia, Kuroda and Ivan Nova bounce back, this is a team that will give up a ton of runs.

Toronto Blue Jays:  Speaking of aceless rotations that give up tons of runs.

Detroit Tigers: Jimmy Leyland still can't figure out how they lost to the Sox when their starters gave up pretty much nothing.  Cherchez le pen.  Enter Joe Nathan, who's thrown more relief innings against this division than any closer in history.  Lucky for him, most of those batters are retired now.  Kinsler and Iglesias (already out for three months--thanks, Red Sox!) are an upgrade up the middle, and Castellanos could rake at third, letting Cabrera rest at first between at-bats.  A 100-win club, despite cutting Fister and Jhonny Peralta loose.

Cleveland Indians: A young club with lots of pieces, and prospects on the way, not all of whom will fit.  To make room, Carlos Santana will play rover with the tools of ignorance.  87-90 wins, a good 40+ of them against the meh Royals and awful ChiSox and terrible Twinkies--almost but not quite good enough to make the playoffs again.

Kansas City Royals:  A young club with lots of pieces, and prospects on the way, but a nightmare rotation.  The only big game Big Game James will pitch is Opening Day.

Chicago White Sox: Jose Abreu and Chris Sale will be interesting to watch.  No one else will.

Minnesota Twins: Once Miguel Sano got hurt, their year was over.  This edition is a placemarker and a doormat.  A nice reminder that even the very worst teams still win around 60 games.  Here's hoping they win 41 at home.

Oakland A's: Good young pitching, solid offense, and Billy Beane's finally given up the notion of winning without a real closer.  Jim Johnson's not elite, which may come back to bite them in the postseason, but in this division he'll be good enough to get them to October.

Texas Rangers: With Choo setting the table and Fielder to hoover up the leftovers, this already-daunting offense should crush it all year long.  With Andrus, Beltre, Rios, and the young Profar getting more at-bats, they won't miss Kinsler.  The pitching's not great, not awful, with Darvish a proven ace and a bullpen that includes Soria and Feliz.  As long as they stay healthy, they'll contend.

The Angels, Wherever the Hell They're From: Lotta talent, little results.  Josh Hamilton played like he was on drugs and Albert Pujols played like he wasn't.  Mike Trout has become the young face of the league, but the rest of the team woefully underachieved (I'm looking at you, Howie Kendrick).  If they play up to their potential, they could win 95 games.  They'll win 86 (including 12 against the Astros and 10 against the M's) and stay home.

Houston Astros: Extremely cheap tickets to watch some of the best triple-A players in the game.  It's all about the kids.

Washington Nationals: Add Fister to Jordan Zimmerman, Strasburg and Gio Gonzalez (post-suspension), then pencil in a healthy Jayson Werth and Wilson Ramos, and you've got a solid club.  In this division, they could win 98 games.

Atlanta Braves: Some really good young arms in Julio Teheran and Alex Wood, but already Medlen and Beachy have gone down, and Minor's dinged up.  Freddie Freeman's good for .290/30/110, but Heyward still needs to break out, as do Gattis, Chris Johnson and Andrelton Simmons.  The big pieces are all there, just not coming along as quickly as they could be.  Still, running away with the division last season was no fluke, and there's room to improve.

Philadelphia Phillies: They wanted to become the Yankees, and they did--old, slow, injury-prone and way overpaid.  So what's different this year?  Hamels pitched well after a disastrous first half, but the offense hung him out to dry, and Lee's still a quality arm.  With Domonic Brown breaking out, they should have enough offense to not be terrible.  Not good, but not as bad as last year.

New York Mets: With Matt Harvey out, the Mets have to rely on Wheeler to anchor the rotation, a big job for a young #2.  Curtis Granderson isn't a great pick-up, especially for that park, even with the fences moved in.  With David Wright, Daniel Murphy and the Ike Davis/Lukas Duda platoon, the offense is passable, but overall this team looks mediocre, and if anything big goes wrong (say, Wright getting sidelined early, as he has his whole career), they could be flat-out bad.

St. Louis Cardinals: Their young pitchers--Wacha, Joe Kelly, Rosenthal, Carlos Martinez, Shelby Miller, Lance Lynn--are a year stronger and more experienced, and Wainwright's poised for another Cy Young.  Live bats up and down the line-up, and youngsters like Adams and Wong ready to make the leap.  This is a very good club, even without adding Jhonny Peralta's bat.  They won't miss Beltran at all.

Pittsburgh Pirates: Likewise, Gerrit Cole is a year stronger, Liriano's healthy, and the bottom of the rotation of Jeff Locke, Charlie Morton and Wandy Rodriguez is solid.  Not a whole lot of offense besides the ever-steady Cutch and feast-or-famine Pedro Alvarez (36 HR and near 200 Ks), but Starling Marte should settle down in his second full year, and five-tool OF Gregory Polanco is due in June.

Cincinnati Reds:  With Dusty gone, the lineup should look different, flipflopping Votto and Phillips.  They'll miss Choo, but Billy Hamilton should steal 100 bases if he can hit .250.  If Cueto and Bailey can stay healthy, and Latos and Leake continue to improve, they could make the playoffs again.  They won't.  That bandbox eats arms.

Milwaukee Brewers: A nice young pitcher in Estrada, and they'll be glad to have Braun back in the middle of a productive line-up.  Khris Davis is the NL Wil Myers.  Should be fun seeing if he can back up last September's power stats.

Chicago Cubs: We all know Theo's a genius, it's just taking a long time.  Seeing the bleachers at Wrigley half-empty in July is depressing.

LA Dodgers: An underachieving club that still walked away with the division, thanks to the top of the rotation.  Kershaw, Greinke and Ryu should lead them to the postseason again, where their old and creaky offense will have to wake the hell up.

SF Giants: Are Matt Cain and Tim Lincecum really that bad?  Maybe so.  Bumgarner was brilliant.  While the offense is fair for an NL club, with Posey, Pence and the Panda, it's not enough to take this team anywhere, and definitely not against the Dodgers' big three.

Arizona Diamondbacks: Stick Trumbo behind Goldschmidt and see what happens.  But not enough pitching, and nowhere near enough supporting players.

San Diego Padres: A trendy pick to improve this year--just as they were last year.  Though the Pods have some very nice young pitchers like Andrew Cashner, the offense is just punchless.  This is a team that could lose 3-2 every night.

Colorado Rockies: Tulo and CarGo will be healthy, putting up wonderful numbers for their lucky fantasy owners.

Stewart O'Nan was born and raised and lives in Pittsburgh.  A returning season ticket holder, he's been a Pirates fan his entire life. He's also been known to root for the World Champion Boston Red Sox.