His Nonna's Ghost Destroyed Our Relationship 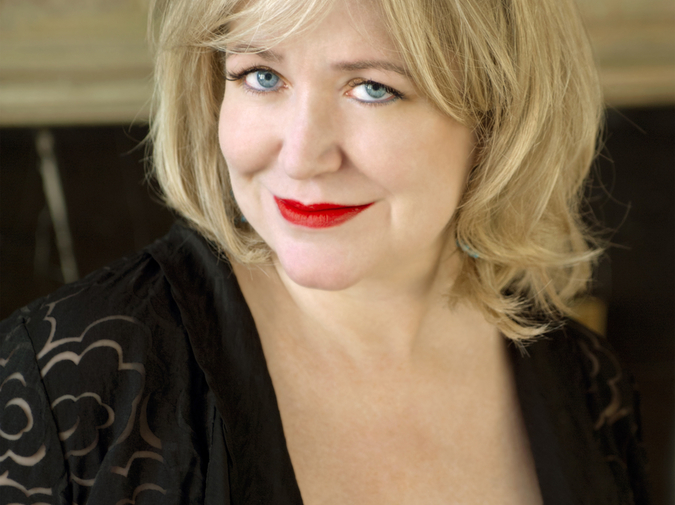 Ten years ago, I made a temporary move from New York to Cambridge, Massachusetts, for a research fellowship for my novel. Within a month, I met Gino, a tall lawyer with a pronounced Roman nose, at Shay’s Tavern near my Harvard Square apartment. His opening: “The past, the present, and the future walk into a bar. It was tense!”  We quickly discovered a shared passion for old books and new sexual positions. Most importantly, he always brought me a six-pack of Diet Coke.

The night all hell broke loose, we’d gone out for sushi, but he didn’t stay over. I was taking a shower before bed when the hair on the back of my neck began to prickle. Someone was watching me. I grabbed the loofah and pulled back the curtain. No one was there. Then I heard a voice, or at least, I heard it loudly in my head.

“Ciao, bella.” A woman’s voice with an Italian accent. I jumped out of the shower and covered myself with a towel.

Was I dreaming? No.  Was I drunk? Maybe a little. Was I going crazy? Possibly.  I didn’t believe in ghosts, but I didn’t not believe in ghosts. This was the creepiest thing that had ever happened to me, yet I didn’t feel afraid. “What do you want?” I said out loud, addressing the towel rack, the ceiling fan, the mirror.

“I warn you for un disastro. Gino e finito with you soon.”

“Finito? No, we’re in love.” We’d only been dating for six months, but I’d already fallen more deeply than I ever had for anyone, even my ex-husband.

"Don’t worry your face, you end up together, but you gotta fight.”

“How I know is you good for each other.”

“I think so too.” I was having a conversation with someone who wasn’t there. But she was so there.  “Are you from…where are you from?”

Nothing but dead air. Had I imagined the whole thing?

A few days later, Nonna’s voice startled me awake at 3:00 in the morning. “Don’t say nothing about me to Gino, never.”

I’d written the whole unsettling experience off as the product of my writer’s overactive imagination or maybe a bad California roll, but here she was again. I turned on the bedside lamp. “Listen,” I said, ”if this is for real, I need to know you are who you say you are.”

“You want proofs? Ask him about his Uncle Frankie scendere a ladder and broked his legs. Or cousin Sophia, she colore her hairs, she dead to the family. Una puttana.”

When I met Gino for dinner that weekend, I steeled myself to try to corroborate Nonna’s stories. “Hey, remember when you told me about your Uncle Frankie’s accident?” I said, as casually as I could muster.

“What? I never said anything about Uncle Frankie.”

“Or your mother saying the only good thing about your father was that he was a great dancer?”

I knew I’d struck a nerve; his parents had divorced when he was five.

“Yes,” he said slowly, “that’s what my mother always said. But how do you…it’s not like it’s online. Have you been talking to someone in my family?”

I closed my eyes. “Your Nonna told me.”

Ah, I didn’t know that part.

“My dead grandmother talks to you?”

I nodded.  Gino finished his hamburger in a single bite, and said he had to go.  Was he going to break up with me because I was nuts? I called out after him in desperation, “Aunt Sylvia stole your mother’s ruby brooch!”

It was a week before I heard from him again. Over drinks in Central Square, he studied me as if I were a strange insect. Finally, he said, “Are you psychic or something?”

“Not that I know of. And I’ve never met a ghost until now.”  It was the first time I’d uttered the g-word.

“If it’s true—and that’s a big if—why would she contact you, not me?”

He ordered another bottle of wine. Boy, did we need it.

Gino took me on a surprise field trip, for which he blindfolded me with a bandana.  I was excited—was it a proposal? Or at least an extravagant gift? Nope, it was the Cambridge Cemetery. He led me down row after row of tombstones to see whether I could find Nonna’s grave. I was hot and sweaty and annoyed, and was about to rip off the bandana when I stumbled and fell to the grass.  “Holy shit,” Gino said, and pulled off the blindfold. I was kneeling in front of her gravestone. My head rang with her laughter. She thought it was hysterical.

“Maybe we’re both having a psychotic break,” Gino said, “but in case we’re not, I guess this is really happening.”

Nonna came to me again while I was microwaving a burrito. “You don’t know how to cook,” she said accusingly. “Mio bello nipotino, he love to eat. I’m gonna give you my recipes.”

Why not? I scribbled down what she told me: garlic sautéed until almost burnt, a pound of tomatoes and a pound of green beans, slow-cooked for two hours.

I invited Gino over for our first home-cooked meal that Saturday. He cleaned his plate. “Fantastic.”

The next week, I made her marinara sauce with mushrooms.

A month later, I had wrapped up my research and it was time to get back to New York. For our last night, we went to La Morra in Brookline, the restaurant where we’d had our first date, and sat in the same cozy banquette.

“So how are we going to figure out the arrangements?” I said.

“The arrangements for what?”

“Our relationship, silly. When and how we’re going to see each other.”

Gino stared down at his plate. “Look,” he finally said, “I never meant this to be long-term. I thought you understood that.”

I almost choked on my bruschetta. “How was I supposed to understand it when you never told me?”

“I don’t want a long-distance relationship.”

“That’s a stupid reason when we love each other.” We’d never said the actual words, but I knew it was true.

He took my hand. “I do love you,” he said. My atoms instantly rearranged themselves. “But I’m not in love with you.”

“We have to stay together. Nonna said so. She made the trek from wherever she was just to save us.”

“Even if she was alive, I still wouldn’t let my grandmother tell me what to do with my life.”

I hadn’t thought of that. I sucked down the last of my Barolo. “I have to get out of here,” I said.

“I’ll drive you. You can’t walk in this state.”

When we got to my apartment, he lay down on the bed, wrapping his arms around me from behind.

I had almost cried myself to sleep when she started yelling. “Ragazza stupida, you ruin it.”

I yelled right back. “You were wrong. He doesn’t love me.”

“Because you tell him everything! You don’t tell the man nothing. Niente.”

Gino sat up. “Where is she?” He looked frantically around the room. “Nonna, I’m  here!  Talk to me!”

“Nonna! Nonna!” he shouted, waving at the ceiling.

“Leave me alone!” I shouted.

“You listen one thing: in my country—you together.”

“I never want to speak to you again.” Then I called her a very bad name in Italian that I had learned from Gino.

After a sleepless night, Gino drove me to the train. He hugged me tight against his chest for a long time. Too long.

“It’s not finished,” I whispered.

He let go and looked at me, and I realized nothing had changed. Why the hell had she come to me, if my heart’s last hopes were going to be immolated in an Amtrak station?

“I’m sorrier about this than anything in my life,” he said. He was never more lovable than in that moment when he was trying so hard to be kind.

It took me more than a year to get over him, during which I didn’t answer any of his emails or texts. He wasn’t saying what I wanted to hear, so why should I? Nonna tried to contact me again, but I rebuffed her, too.

Two years later, I moved from New York back to Cambridge again, this time to go to grad school. Time had done its work, so I thought it was safe to email Gino.

He wrote back immediately. “Sounds great, but I’m in Florence working.”

Italy? I had a fellowship to go to Florence the next semester to research one of my characters.

Six months after the email, we sat in a trattoria around the corner from the Duomo, sipping Limoncello.

“Nonna was right about one thing,” Gino said. “We are in Italy together, sort of.”

“Just not the way she thought we would be together.” I raised my glass. “Saluti.”

This ending felt right. To avoid un disastro, you learn to resist the dictates of oracles and omens, of even the most haunting, most urgent voices. After all, look where that got Oedipus. It’s likely that at least once in your life, you’ll be forced to surrender your heart’s stubborn ambitions to quicksilver, crazy-making love. We’ll never know how it all turns out until we’ve reached the hinterland, and that’s the way it should be.

Kimberly Elkins's debut novel, WHAT IS VISIBLE (Grand Central/Twelve), was picked as a New York Times Book Review Editors' Choice, won the 2014 Langum Prize for Historical Fiction, and was chosen for several Best of 2014 lists. She received fellowships from Harvard, Radcliffe and the American Antiquarian Society to research her novel. Kimberly's fiction and nonfiction have appeared in The Atlantic, The New York Times, The Iowa Review, The Chicago Tribune, Glamour, Slice, The Village Voice, and Best New American Voices, among others. She was a Finalist for the National Magazine Award, and has also won a New York Moth Slam.