Hinterland Transmissions:  Folly At The Laundromat 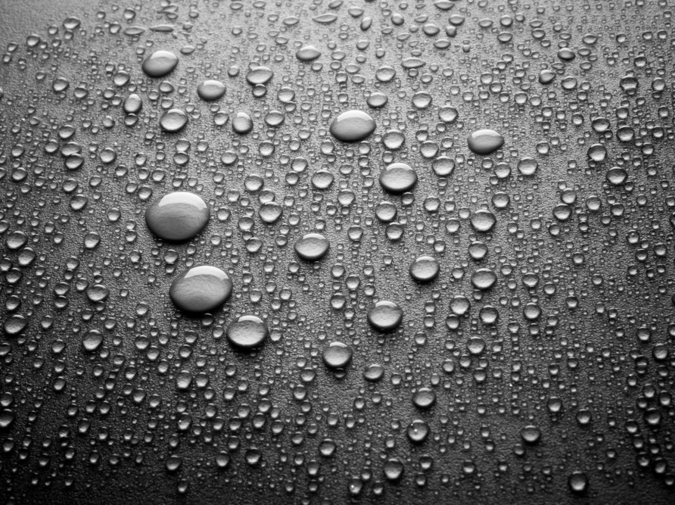 I tell myself it’s Friday morning. I'm set. But when I get there. The place is fucking packed. Women moving about. Hustling clothes from basket to machine and vice versa. Children run around like maniacs. Giggling. Yelling. Crying. I look away from it all. To the industrial dryers along the back wall. Every single one is tumbling.

I tell myself there's nothing I can do.

I hunt around. Find an empty washer. It says three loads. So I stuff in four. Maybe five. I get a cup of soap. Signal the woman behind the counter. She bows as she approaches. Speaks in a broken voice almost too soft to hear. We go through the motions. Then I make my way for the door.

Outside I can think. Less commotion. I take a stroll back a block. Sit in the park. Give myself a little joy as the sun falls across my face. I watch the time. Return to make the switch from washer to dryer. There are less people now. So I don't feel the invisible hand pushing me out the door. I stick around.

I sit in an old office chair. Try to use the free wifi advertised in the window. But the only connection I can find is from a restaurant next door. It moves at a crawl. I give up. Look at the woman sitting a few machines away. She's looking at me. Smiling. Face to light up a room. I smile right back while remembering I'm a married man.

Time moves in it's way. A mother comes in. She carries her laundry in a colourful sack resting atop her head. Two young children in tow. She uses the sink next to me. We smile at one another. Ça va bien madame? I ask her. Her eyes are like stars. Beautiful and deadly. Oui, ça va tres bien. Merci, she responds over her shoulder as she walks away. Back to her life.

The door opens again. A man. A woman. They're certainly dirty. But they don't carry any bags like the rest of us. The man mutters to the woman working behind the counter. She passes him a book of matches. He looks at her with contempt. Then shuffles back outside.

But the woman is another story. She sticks around. Muttering. Not much more than obscenities from what I can hear. I give her the once over. Her hair looks like a storm. Her movements are jerky. One arm is held close to her body. Folded in. She's hiding a deformity, I tell myself. I smile.

Beside the soaps is a small refrigerator. Clear glass front. Cans of sodas and bottles of water. A dollar a piece. The woman opens it with her good arm. Murmuring away to herself. I'm glad I can't make it out. I have no urge to know what's going on behind her wild darting hazel eyes.

She grabs a cola. Slams the little refrigerator shut. It shakes. More gibberish. I watch her pay the woman behind the counter by throwing her coins across it. And she still receives a thank you. With awesome speed she does a one eighty turn. Then makes her way to the door in the pace of a true grit spazz.

The door is fucking heavy. It drags along the floor when you pull it. I've had my troubles in the past. And the woman with the wild hair is a third my size. she puts her whole body into it.  I think I see her muscles ripple beneath her oversized t-shirt. She begins to swear. Goddamn mother fuckin cocksucker duck shit! It sounds like she's about to pop.

But before she does. the door swings open. She stomps out of it. Taking the charge in the air with her. The rest of us breathe a little easier. Go back to our phones. Our dirty undies. Our mindless staring. But not for long. Because then the sound of the door scraping along the tiles rattles us all back into watching.

Where in the fuck is my god damned straw? My straw. God damn straw. I need a fucking straw, she starts right in with. I can't drink no soda without a straw. Jesus. Where the hell are the straws. I 'll get her one if I have to. And then the hell out of here. Quick, quick.

Her walk has changed from before. More flare now. A definite lean. She looks like some downtown pimp. Strutting around. Hunting for her whores. Maybe a rouged cheek to smack. She's coming towards me. I avoid eye contact while keeping an eye on her. a hell of a talent. She halts herself. Her feral gaze falls across the laundromat.

A look of confusion drops over her face. Followed by pure evil. Her torso weaves forward. Her lip curls like a snarling dog. Barred teeth. Her voice comes out more like a growl. Niggers. She pauses. And the second time she says it she really draws it out. The syllables dripping with hate.

Of course the laundromat goes quiet. I glance around. We're all shocked. I catch the eyes of a little girl. Hair in pigtails. She looks scared. Like I'm just as awful. And that's when it hits me. Other than this broad mouthing off, I'm the only other honky in the place. No distinction. A member of her team. I have to do something. Create a little distance.

So I stop thinking altogether. Look at the woman who was smiling at me earlier. Jerk my thumb in the direction of the lady searching for a straw. My voice is deep. It carries. Did you hear that crazy bitch? Then I twirl my pointer finger around my temple. The girl laughs. So do other people. I succeed. I make myself out to be one of the good ones.

The woman working shuffles over to the straws. Offers it like an olive branch to lady. Has it ripped right out of her hand. No thank you to be heard. Again with the door. Again with the obscenities. But by now she's become a joke. And even the children are smiling wide. Giggling at her effort.

When the door closes this time we all share smiles. Roll our eyes at one another. Shake our heads in disbelief. Go back to our bullshit. My clothes stop tumbling. I open the door. A little damp. I'll hang them when I get home. I fold the lot of it. Stuff them into the camping bag I lugged them here with.

I grunt as I pick the bag up. Not as young as I used to be. The woman close by looks at me instead of her phone. Smiles. Last time I'll ever see her. So I wink. Tell her to have a nice day. Same thing for the woman behind the counter. I strain under the weight of the door. Step outside into the weak cool sun. Curse the walk home.

Steve Anwyll's novel Welfare is coming out later this year from Tyrant Books. He runs the twitter oneloveasshole.