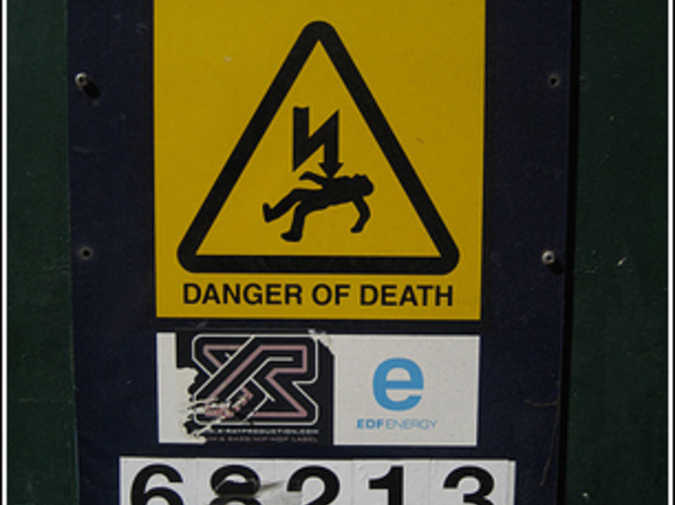 After work on Fridays we'd usually go over to The Holly on 27th for a beer.

One night I'm working late so I don't get there till seven. Quigley is sitting at the bar in his usual place. I take the stool next to him.

You missed all the action, he says.

I look around. The Holly's mismatched chairs and table don't look any more broke than last week and there's no glass or blood on the floor. What action? I ask.

Missy got run over by her truck, he says.

What happened? I ask, not sure I want to know.

Quig lights his cigarette, tugs on his golf shirt, which is stretched tight across his belly, gets into a comfortable storytelling position.

She was sitting over there, he says, nodding his head towards the empty table in the middle of the barroom. Doing shots with Hector and Luis and that gal from small parts.

Yeah. They probably did four or five and then Missy leaves and gets run over.

How could she get run over by her own truck? I ask.

Well, it was more like sideswiped. These kids today don't know how to drink and drive.

Quigley's had three DUIs but I don't say anything.

He takes a deep drag on his cigarette and continues. She started up WITHOUT fastening her seat belt OR closing her door, he says. Had that steering-wheel cranked hard left. Lost her grip, fell plumb out of her pickup.

He shook his head. She's sitting on her ass trying to figure out what the fuck happened. The truck keeps going - makes a big circle and, before she can move, it rolls by and the door smacks her in the face. Damned thing was coming back for another shot but Billy Flohr rammed it with his Merc. Probably saved her life.

He gives me a look. Well if your idea of okay is having a broke nose and two black eyes and a busted truck, then yeah, she's okay, he says.

Missy didn't go back to the Holly for a month. And after that she didn't do shots any more. Just beer.

Len Joy lives in Evanston, Illinois with his wife and three children. For fifteen years, Joy owned and operated an automobile engine remanufacturing company in Phoenix. In the last year his work has appeared in the Chicago Tribune, 3AM Magazine, 21Stars Review, Antithesis Common, and Boston Literary Magazine. In April 2006, Joy was one of three finalists in a personal essay contest sponsored by HappyNews.com and in November 2006 he took third prize in the Canadian Writers' Collective Short Story Contest.