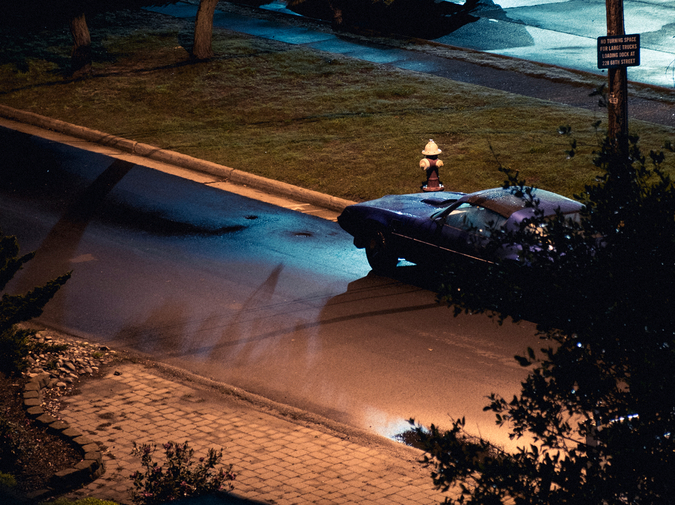 I could take my hands off. Just unlock them at the wrists, snap them off like the heads of artificial flowers. As long as my mouth’s working him, up down up down, he wouldn’t notice if I had no hands.

He’s put his hand on my head—Beth told me this might happen—but doesn’t push down, just rests it on the crown of my shepherdess bonnet. It’s almost paternal, this hand. A benediction for an undeclared freshman from Mountville, Pennsylvania. Who’s never sucked a dick before. Who came to this Phi Kapp party dressed as a fucking fairy tale shepherdess when every other girl squeezed onto the second floor of ANW Hall is dressed like they’re going to a club, a club like in the movies, but where in addition to thigh highs and pleather, little animal ears and clip on tails are required to get past the bouncer.

On the way up the stairs, I passed a sexy mouse, a sexy fox, a sexy rabbit, like seven sexy cats. Trying to get to the keg, I tripped a sexy turtle with my crook and tried to apologize but either she couldn’t hear me over the jackhammering bass or she didn’t want to be seen talking the girl in the nylon wig with fake sausage curls and the Hansel-and-Gretel-ass dress. All knee socks and Mary Janes.

This stupid costume Beth thought would be sexy-cute, not slutty-cute. The costume she told me to wear to the Phi Kapp Halloween party the senior in my Poe and Hawthorne class mentioned to me, after I agreed to help him study for our midterm.

She said she was happy I’d be getting out of the basement shop and meeting kids my own age, saying kids like she was wizened and wrinkled, when really she’s only 29, though Beth’s seen some shit, I forget. Leaving Parson’s without her fashion design degree to take care of her sisters after her mom died a few years back. Getting hired at the college’s theatre as a costumer and seamstress because the department chair remembered her mom from a community production of the Scottish play, saying she was the best Lady the Scottish Play he’d ever seen, and he’d seen Dame Judi play her at the RSC in ‘79.

So Beth’s been in that basement with the white washed cinderblock walls, and the smell of mildew and foot odor and tropical Air Wicks, and a dragon’s head that she made out of expanding foam sealant and chicken wire for the college’s world premiere production of The Hobbit: The Musical last year.

I’ve been down there with her since August, doing work study so I can afford the mandatory meal plan. I’d be shelving books or answering phones if my mom hadn’t taught me to sew. My mom—youngest of six, all brothers above her, no money for bell bottoms or crop tops. Sewing bandanas together to make a halter top, altering her brother’s cast-offs into mini dresses. Maria from the Sound of Music with feathered hair.

Beth and I we’ve developed a kind of Pretty in Pink thing, an Andie and Iona thing. Except I don’t have a Ducky. No one loves me or follows me around or slides into the shop and lip syncs “Try a Little Tenderness” with awkward sensuousness. And no matter how many times I watch that scene, I still feel like a bobbin wound too tight, like a size 11 needle trying to push its way through too much brocade. Tense with thread pulled too thin, too taut.

I try to explain to Beth how that scene makes me feel, the part where he kind of melts against the record racks.

The costume is Little Bo Peep from last spring’s production of Shrek: The Musical, but everyone at the party thinks I’m Mary, like Mary had a Little Lamb. With mint jelly, one of the brothers says, and I look up from my red cup because the only other person I’ve ever heard make that dumb joke is my dad, and this guy’s certainly not my father.

He’s dressed in a bedsheet toga, like most of the other brothers, but his face is painted white and he’s got black rings smudged around his eyes. He says he’s Great Caesar’s Ghost!, which is weirdly another thing I’ve only ever heard my dad say. He takes my cup and my hand.

He looks at me, and it feels so nice to have someone look at me for awhile. Even if the looking is fuzzy from keg beer and weighted with that same tight-threaded longing that I save for Ducky. Even if this ghost in a toga could have just as easily landed his overwound-bobbin eyes on a sexy bullfrog or sexy caterpillar or sexy avocado.

He’s nice enough in his room, perched on the edge of the bottom bunk with his boxers around his ankles. The gentle pressure of his hand on my head reminds me to move my tongue, my lips coated with Halloween store clown white, up down up down up down.

I try to remember what Beth told me. I imagine chasing the stripes that swirl up a barber pole. I work my tongue like I’m sucking the long end of a candy cane into a point like a seam ripper.

He must be getting close. He’s palming my head like a basketball and breathing out Mary, oh Mary, goddamnit, yes, Mary Mary Mary. I close my eyes and try to pretend that’s my name.

Meghan Phillips is the fiction editor for Third Point Press and an associate editor for SmokeLong Quarterly. You can find her writing at
meghan-phillips.com and her deep thoughts about dad rock on Twitter @mcarphil. She lives in Lancaster, PA.