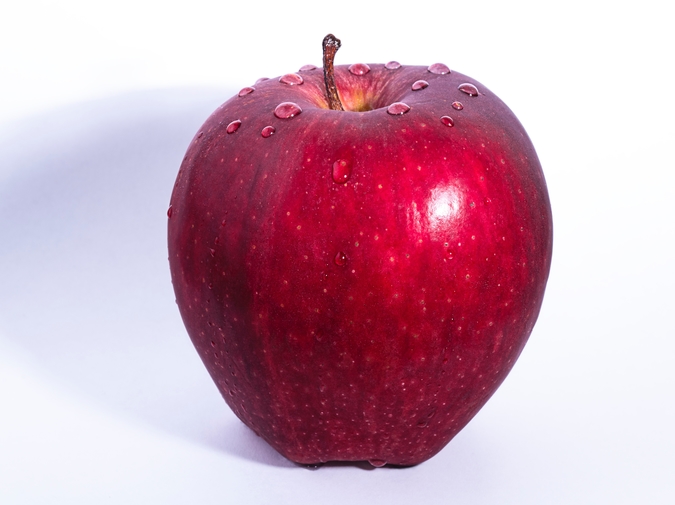 He writes a bad poem and it’s a love poem and it’s for her and he sits down on the floor and then he stands up and goes into the kitchen and opens the refrigerator door and sees that there’s an apple in the bottom drawer.

And she says, “Yes, but for what? What are you sorry about?”

And he can hear her rustling some papers on her desk and maybe she’s pretending to work because she’s afraid of her boss and she’s whispering now and she says, “Why would you write a bad poem for me? And what are you eating? You’re eating something.”

And he stops chewing the apple and swallows and puts the apple down on the kitchen counter and says, “I didn’t set out to write a bad poem for you. It just turned out that way. And so I’m sorry. I’m sorry about that.”

“Well, all right,” she says and he can tell she’s about to hang up her phone so he says, “And one more thing,” and she says, “What?” and she’s still whispering and he says, “It was a love poem. A bad love poem.”

She sighs and he imagines her pulling the phone away from her head and giving it an exasperated look because he’s seen her do this before when she’s been on the phone with her mother or her boss and then she says, “Are you going to read it to me? Because it sounds like you want to read it to me and that’s fine, but if you’re going to, do it now, because I have to go.”

And he does want to read it to her so he runs into the living room and picks up the piece of paper off the floor and he says, “Okay, here it is, it doesn’t have a title yet:

because i saw you

and i’ll see you

in a few hours

Neither of them speak for a moment.

“Was that the poem?” she says and he says, “Yes. That was the poem,” and she says, “Okay. I have to go. Let’s go out to eat tonight. I’m hungry. We’ll go straight from my office. Please bring my red gauchos with you when you come to pick me up,” and then she hangs up.

He doesn’t know what gauchos are.

He goes to his computer and he types ‘gauchos’ into the search bar and clicks ‘enter’ and he sees what they are and he remembers that he was in the dressing room with her when she tried them on and he was standing next to her when she bought them and the store clerk made some comment about how they looked like something out of an F. Scott Fitzgerald novel.

And then for a few minutes he forgets about the red gauchos.

He thinks about what he should eat for lunch because all he's had to eat is the apple and the apple isn't enough.

He's hungry and he thinks he'll make a sandwich but then he remembers that there isn't sandwich stuff in the refrigerator and he doesn't want to go to the grocery store because he doesn't have much money and he knows he'll end up buying things he doesn't need, things like graham crackers.

He doesn't want to make eggs because he doesn't have hot sauce and he can't eat eggs without hot sauce.

And then he remembers where the red gauchos are.

When he wakes up he sees on his phone that he has to pick her up in five minutes and she works ten minutes away so he knows he’s going to be late and so he jumps up and runs to the front door and grabs the car keys off the nail and locks the door behind him and runs across the lawn and the lawn is wet and muddy and makes suction sounds on his shoes.

He gets in the car and his shoes are covered in mud and he drives the ten minutes to her office and when he gets there he sees her waiting for him in front of her office and she looks annoyed and she opens the passenger door of the car and gets in the car and he smiles at her and she looks less annoyed and she smiles and she says, “Where are my gauchos?” and he’s surprised to hear that word again and then he remembers that he left them on the kitchen counter and he hits the steering wheel with his fist and says, “I’m sorry.”

Joseph Grantham is the author of Tom Sawyer (CCM Press). He lives in America.