Game of the Day: Spring Training 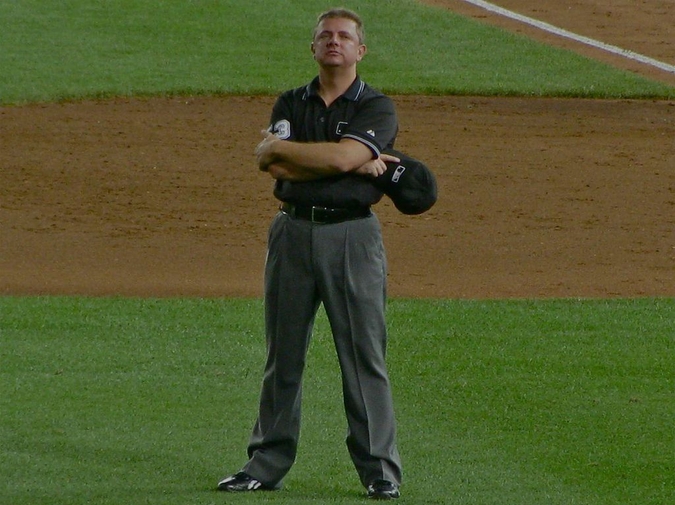 I get back to the house just as the game is scheduled to start. I leave a trail down the hallway of knit cap, jacket, scarf, and gloves. I fall into the chair at my desk and fire up the internet box. It’s the first game of Spring Training. The greens and blues spread across the width of the screen and I am a little bit closer to OK.

“There is no wind out here today, folks. Things are absolutely calm in the valley of the sun.” The grass climbs up from the dirt to reassure us. A heavy dread evaporates. “Welcome to this Spring Training exhibition game between your Los Angeles Angels and the Oakland Athletics!” Soul Survivor, by the Rolling Stones, reverberates out across the playing field. I crank the top off an IPA and scoot my chair closer to the monitor, try to catch a little Arizona suntan.

My phone buzzes and I toss it in a drawer and cover it with old notebooks. Yes, that’s better. No news, please. Terrible reception at this stadium, couldn’t be helped.

They flash the starting lineups, but all I see is “Baseball - Baseball - Baseball” repeated across the screen. C.J. Wilson is pitching, a guy I hate for his shampoo commercials and inane twitter handle. No Josh Hamilton in the lineup - word is he relapsed, whispers of cocaine and booze. Christ, it can be hard to hold a self together. “We come to you live from Hohokam Stadium in beautiful Mason, Arizona. The temp is eighty-two degrees, and we have first pitch on the way after this brief commercial break!”

I dice onions and throw them in a cast iron with a little oil. I cut up hot dogs and drop them into a shallow pot of water. I turn on the burners. I’m only cooking them for the smell. When this game ends, it will all end up in the trash. Outside you can hear the ice slowly thawing off the roof.

“And the first pitch is a strike!” The people in attendance go wild, not for the strike per se, but for baseball itself, for a return to its rhythm and all that it portends. A couple pitches later, Bassitt finishes off Featherston and they fire the baseball around the diamond. “And that’s out number one!” I put money on the Athletics this year. Fifty-to-one odds to win the World Series. I love long odds. I once bet one hundred dollars on the Cleveland Browns to win the Super Bowl. It was like burning money. I got drunk and laughed about it all night long.

The second batter strikes out as well. “That’s the Athletics’ M.O. when it comes to pitchers. They find ‘em, polish ‘em up, then throw ‘em in the fire.” I imagine piles of bodies lighting up the darkened sky, Oakland pitchers weeping and gnashing their teeth. David Freese slaps a one-hopper to third baseman Brett Lawrie, who throws him out at first. The side is retired.

I take the dog outside to do his piss thing. It’s still cold as fuck up here in Minnesota. The neighbors are all hiding in their houses, spiralling downward. I hope a few are watching baseball. I hope they are holding it all together. The dog starts digging like a maniac at the hard-packed snow, scratching for the dirt below.

Back at the game, C.J. Wilson strikes out Coco Crisp for out number one. I pull out my glove and start oiling it. I want to be ready for a foul ball to come my way. I’ve never caught one. I’ve never made that outstanding catch at the rail. I want everyone to applaud me in my empty little room, the smell of burning onions wafting in from the kitchen.

I smoke a little pot and play air guitar between batters. Lately I like to floss after smoking. My gums are bleeding less and less each day. It’s Spring Training and I’m in the best shape of my life.

“The second inning underway, and C.J. Cron steps into the batter’s box for the Angels!” I briefly entertain the idea that the Angels are ground zero for a C.J. cult. I picture C.J. Wilson draped in a robe, rubbing Pert Plus into C.J. Cron’s buzzcut, whispering, “My son, Christopher is dead. You are reborn and baptized as ‘C.J.’” That’s the kind of boring-ass cult C.J. Wilson would lead. Fuck that guy and his empire of Mazda dealerships.

Cron pops out. Ianetta grounds out to second. Navarro gets on board with a single but is gunned down trying to steal.

The camera scans the grassy berm where families eat ice cream and sit on fake Navajo blankets. There’s one young girl, black hair, frowning beneath an umbrella meant to block the day’s harsh rays. I can see her whole goth future spread before her like a fake Navajo blanket, and suddenly I want to Benjamin Button myself back to her age. I want to hide beneath that umbrella with her. I want to go back to before I knew what winter could do to a person.

Billy Butler strikes out looking. Did you know his nickname is “Country Gravy.” You do now, fucker. Brett Lawrie pops out to the first baseman. Canha singles through the left side of the infield, but Phegley flies out to the warning track and the inning is over. I pour some more water into my hot dog aromatherapy dispersal unit and pop the top off another beer.

The game becomes meaningless rather quickly. In Spring Training, starters are pulled after a couple innings, whole lineups are turned over to young minor leaguers just happy for the bigger crowds and chance to impress. Some old veteran pitcher comes in, trying to pump the last of his diminished fastball. Everyone gets X amount of pitches before the arm gives up and goes home. It’s like that Raymond Pettibon painting, the batter swinging from his heels, black brush strokes bundling his jersey into a confusing churn of motion. Above him is written: “Life is a misery and I don’t know when death will come. Play ball!”

I lose track of the innings. For whatever reason, former National Football League coach Jim Harbaugh comes in to coach first base for the A’s. He’s a renaissance man, I guess. Maybe he writes fiction, too. Alex Hassan hits a single and Harbaugh violently slaps his ass and screams, “Touchdown!”

Did you know that Jim Harbaugh played Screech’s cousin in an episode of Saved by the Bell? You do now, fucker.

The network cuts to footage of another game, Mike Trout blasting a home run over God’s front porch. Baseball is back. Jim Harbaugh is drawing up the next big play. He pops greenies and chews on a small swatch of denim. I have no idea what the score is anymore. It’s here, in the middle innings of a meaningless game, that a sort of sadness sets in. I’m tapdancing around it a bit, but it’s there. There’s no wind in the valley of the sun, just pleasant chatter and gentle heckling. A baseball game can, theoretically, last forever. You can almost imagine a place where the circle goes unbroken, where nothing has to end.

The network cuts to footage from earlier in the day, teammates carrying bats and duffles into camp, hugging each other, laughing. Where do they go in the winter? Do they hibernate? In Minnesota, we drink. It’s tough sometimes. You wake up in darkness, go to your job, drive to a bar after work as the sun sets again. Eventually, spring comes back and shines a light on the thaw and we see what remains.

But you gotta make it that far. Not everyone does. Players retire, get traded, lose their edge, get hurt. Out here, on the other end of the broadcast, guys get lost, have kids, move south… Sometimes one of your good friends, a guy with a huge heart and a laugh big enough to hide behind, finds himself unable to hold it all together. Sometimes the cold seeps in too deep. It can feel like it will never end.

It’s Spring Training, a new season; the winter is ending. I take a long sip of beer and think of the ones who didn’t make it through this year.

Fantasy Baseball Tip of the Week

You are up to bat with the team down a run in the bottom of the eighth. The grandstands are filled with every person you’ve dated, slept with, wanted to sleep with, almost slept with. You hold the bat outstretched, pointing to the farthest fences. You slowly trace an arc, right to left, across the bleachers’ breadth. This is you calling your shot. This is you telegraphing your moment of glory to every kiss and near-kiss sitting out there, moistening beneath the humidity of this moment. The pitch comes in, high and tight. You swing and miss. Strike three. The echoing laughter chases you for the rest of your goddamn life.