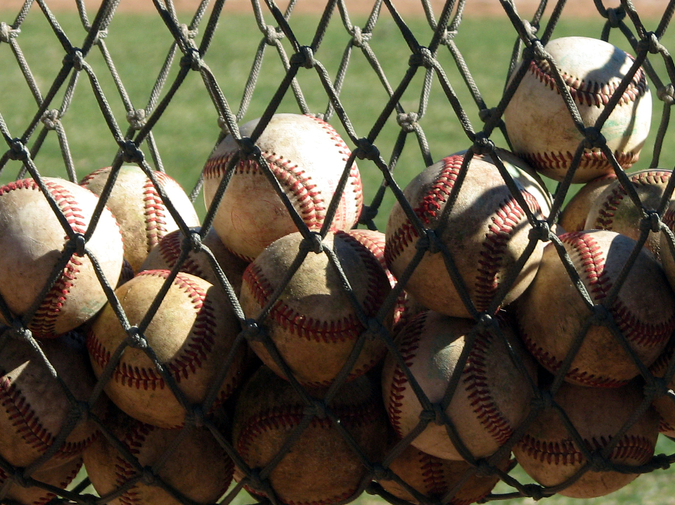 Richard Arndt was working grounds at the ballpark when he caught the great Hammerin’ Hank Aaron’s last home run, number 755. This was in Atlanta.

Right away he told the men sure, of course he’d give the ball back to the Hammer—but in person. He wanted to meet the future hall of famer.

I don’t know what they mean when they say our deepest fear is not that we are inadequate, but that we are powerful beyond measure. In the cold cold morning, asleep in my pants, I am cold cold cold.

I thought a baby carrot was a regular carrot, but peeled more.

But wait there’s more. When home runs became cool again in 1998, Arndt sold the ball for a kabillion dollars. In this world, money is too much of a thing. A home run can also be called a goner, a homer, a jack.

Adam Robinson lives in Baltimore and does Publishing Genius. He's the author of Adam Robison and Other Poems.

Kurt Taylor survived 24 years as an executive in the cable television industry and also worked as a sports journalist and broadcaster. He studies creative writing at the University of California, Riverside in the low-residency MFA program. Kurt blogs at http://indian-hill.blogspot.com/ and  http://kurttaylor.blogspot.com/ .