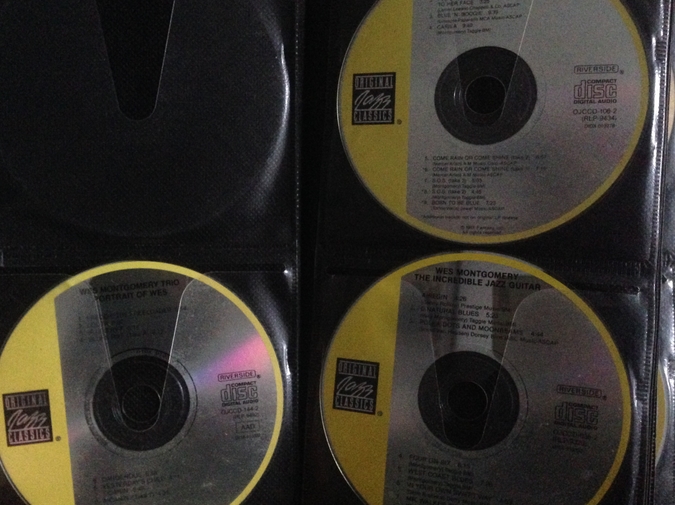 In jazz, woodshedding refers to the shed you sequester yourself in, as a young musician learning the craft, a private space to develop your own style, away from prying eyes or critical ears. Just you and the music. At 18, the closest I came to finding such a space was lying on my bed in a cell-like room of concrete and moldy sheetrock in a little corner of unfinished basement in my parents’ half-renovated ranch house in suburban northern New Jersey. I’d plug my over-ear headphones, the padding thick as ear muffs, in to my boombox to listen to virtuoso jazz guitarist Wes Montgomery’s live album, Full House.

We didn’t call the basement our woodshed, the occupants—myself, my brother, my friend who’d been crashing on a bed beneath the stairs after his stepfather was imprisoned for embezzlement and his mother, when moving, declined to invite him to join them in their next home, and my uncle, fresh out of a series of failed relationships and annexing the driest corner to lick his wounds in the form of blunts, booze, and late night outings to the local strip club and the White Castle next door—buy ‘em by the sack. We called it the Dungeon, and ourselves, the Rats.

I’d just dropped out of high school, gotten my GED, tried college, dropped out of that, then hitchhiked across the country, using abandoned movie theaters, ditches beside interstates, empty garages, tarps over shrubs in city parks, as temporary woodsheds except I wasn’t learning how to play an instrument. I’d quit playing the bass a year before. Playing the role of myself, figuring out what and who and how I might be, was hard enough.

But I had the dungeon. My bed, my boombox. And Full House. Nine tracks of Montgomery’s bizarre picking style, self-taught, both frenetic and cool, bluesy and swinging chords trading off with Johnny Griffin’s sax, Paul Chambers’s bass, Wynton Kelly’s piano and Jimmy Cobb’s steady drumming. It was a party in my head, a time capsule from 1962, from a world I didn’t know, a music I barely understood, yet it spoke to me, across the decades. I was no longer banished to a half-finished basement. No, this Dungeon Rat became, for an hour, a tenant of Montgomery’s Full House.

Pair with a case of Rolling Rock and a bong hit big enough to make you throw up a half-dozen White Castle burgers right into your sweat-panted lap.

Kent Kosack is a writer living in Pittsburgh, PA. He has an MFA in Creative Writing from the University of Pittsburgh where he teaches composition and creative writing. His work has been published, or is forthcoming, in Sonora Review, Tin House (Flash Fidelity), the Normal School, Hobart and elsewhere. See more at www.kentkosack.com.