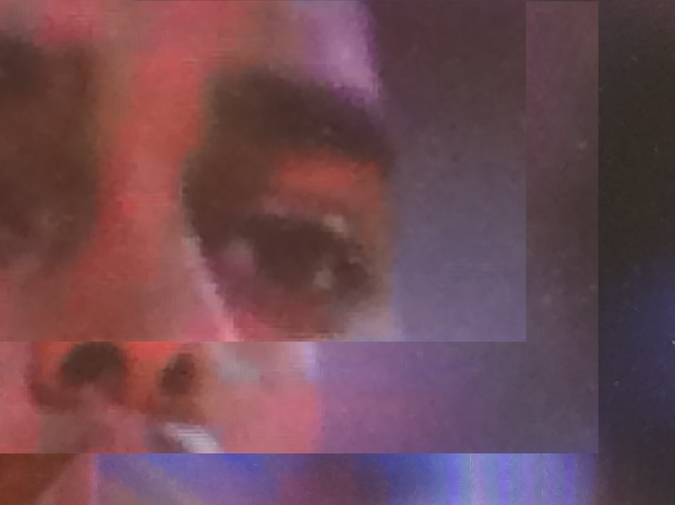 Olajuwon’s another name for winner, dream

of Nigeria.  I am a giant from Africa’s giant,

for our species.  Young astronaut, I rocketed

to Houston:  land of cougars, land of blocks

in steel horizons.  To think I was a sure thing

then is misremembrance , and I will not dunk

the truth of this in water:  I was not the dream.

I learned to dunk off a chair on the low block;

the rim blocked my layups like a circular giant,

off the backboard, each awful hook off-center.

And now I wonder:  Where is my truest center?

Where will my story fail its promise?  Can I jam

my life into a poem like a man inside a rocket?

Surely, there will be omissions, even in a dream

as vivid as digital.  I want to name the gigantic

shadows of my past in a light that is unblocked

and angelic, but some light longs to be blocked

I gave back to the game what I could:  my giant

Glide and I, we moved more lucid than a dream,

broke each team.  We’d race the court to rock it.

Houstonian, I wanted only to become a Rocket.

Houstonian, I was the African, keystone-block

to the house that Moses and Sampson dreamed

to build.  A face and name, I became the center:

maker of dynasties.  I was quick to tomahawk

the Admiral, to spin past Georgetown’s Giants.

David, with the look of Goliath, I slayed giants

with drop-steps, shimmies, shakes, a rocketed

pass to the corner or key-top, a follow-up dunk

off the rebound, a steal, an authoritative block.

When asked, MJ said I was the greatest center

to ever play the game:  the truth, not the dream

of a giant imagination.  Please don’t try to block

this road; don’t slam the door.  I was the center

once.  Once, I was a Rocket named The Dream.

Half the year for years,

hands without a ring.

I forfeit the peace.

The Dream, my giant nightmare.

without a cake or banner—

The Blues-Ballad of Jayson Williams

Ya’ll gather ‘round.  Ya’ll listen up.

Ya’ll gather ‘round to me.

my own damn misery.

My father’s son, I grew up rough;

my sisters, they all died.

But I was tall and strong and tough,

that hardcourt did I find,

those low-posts did I find.

I fought a Dutchman, fought a Chief,

I wrestled with a Dream.

My enemies found no relief

from me:  no hope of peace.

I never gave them peace.

till fate, she wounded me.

No more in New Jersey

So I retired and wrote a book,

But I was far too fond of drink

and prone to anarchy,

my own damn anarchy.

On Valentine’s, my last good night

You shot a man on Lovers’ Day!

You shot a good man down!

The judge said, You got hell to pay!

No way that you’ll rebound!

No way that I’ll rebound.

The prison yard was hot enough

with dead men all around.

I earned my time; I earned their trust.

Forgiveness then was found.

That key to freedom found.

Ya’ll gather ‘round.  Ya’ll listen up.

Ya’ll hear the way it went:

how what we do can ruin us,

my own potential spent—

Michael Marberry's work has appeared or is forthcoming in The New Republic, West Branch,Crab Orchard Review, Sycamore Review, Bat City Review, Indiana Review, and elsewhere.  Michael has received a Pushcart Prize and has been a finalist for the National Poetry Series.  Currently, he serves as Coordinator of the Poets-in-Print Reading Series.  These poems are from a mini-sequence about NBA centers from his childhood as an avid basketball fan.