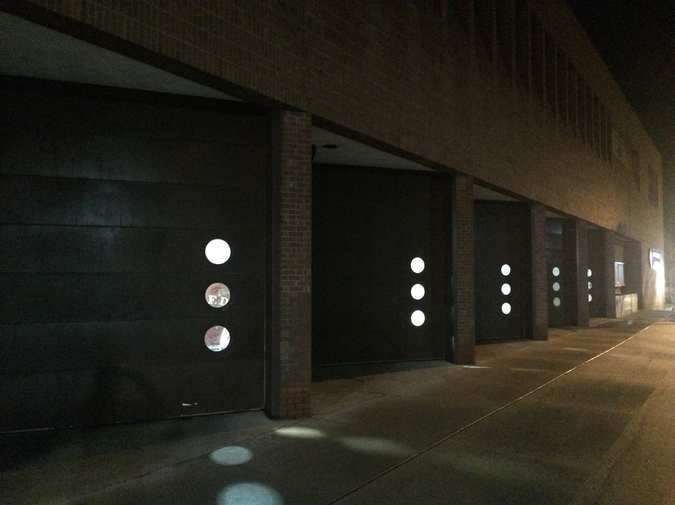 LOOKING BACK AT THE EARTH

An old woman is dying in Las Vegas and the world is watching. If she dies we die. She’s like bees. She’s the size and weight of a fruit machine in Caesar’s Palace. She’s many-coloured lights. Her life was put together cleaning floors and toilets in one star hotels. There was the want and the doing then for sharing her vagina with bored teenage boys. She’d picture Damascus from a distance when she fucked. She liked the feel of cum moving down her leg as she cleaned away the shit stains and the hair. She was pretty as a cell phone then, when it’s new, in a plastic sheath, with no numbers in it. She liked the way her skin would smell – of cheap generic cleaning fluid. And sometimes cum. And sometimes a difference in the smell. But dying she smells of sheep visited by flies. The cameras in her room are an extra dose of morphine in her cereal at night. The cameras are flowers plucked one by one from the brain of an Alzheimer’s patient. The heat’s a killer that doesn’t kill. Now something is moving down her thighs. She feels it. There’s the urge to clean. There’s the urge she has to tell people how she was once an astronaut looking back at the earth and not seeing it. In this there’s the seed of the reason she doesn’t say anything.

The voices from the hallway give me ice-cream headaches. The words come at me like sleet rain, waterboarding admissions to things I haven’t done. I confess to owning murder paraphernalia discovered on the next floor. To shaving the heads of my neighbours’ pets until they bleed. I feel like the saddo in a hypnotist show resurrected as a chicken. I’m to blame for every fake suicide this week. If anyone knocks at the door I shout the addresses of shut-ins until I hear footsteps. If the knocking continues I take my gun and start shooting through the walls. They think they hear me committing acts of incest with myself. It puts them off their breakfasts. When summer comes I’ll let them know who they’re dealing with. I’ll stalk the hallways with my sun-browned cock and I’ll fuck the paperboy outside 2894. He’s been there for getting on a year, and he’ll stink like shit on a stick once the weather warms up. In the meantime, I’ll keep stabbing my pillows for snakes. And my diagram of the building is only halfway done. My bath needs draining too. It’s some kind of fishpond with a skin. Some days I see dragonflies and oarless water boatmen. I contract syphilis from their insincere smiles. I’ve become so ignorant of the world I imagine this makes me more meaningful. I witness my surroundings through a mutant strain of flu. And women empty themselves of megacities swamped with cum. But when they die of love they’ll bring their pregnant bellies to me. I see them pile up on my monitors. There in the alleyway with the bins and the kitchen waste. Shining under the striplights like the scalps of beheaded mosques. We all get fat when we drown. We like how stupid it makes us. We become addicted to the quarantine, to stomas the size of silos. We is a euphemism I use for wanking alone. I do it by the light from the monitors above my bed, surrounded by diagrams made of rooms and the workings of things. I peak on the bellies in the alley. I will make gold from your decaying teeth. You will bury the contents of your fridge alive. You will eat veal from the stomach of a cow. You is a euphemism I use for the mirrored ceilings in the houses of prostitutes I knew. When it rains I wish my windows would open. My bowel dangles because I fell asleep while meditating. My mantra is rainfall. The whole of anything is imprecise. I am searching for my vaccinations in everybody else’s contamination.

POLLUTION INGREDIENTS, OF WHICH SOME ARE TERRITORY

I am in the puberty of old age. There are smells to me I don’t own. Wherever this is exists on the edge of my attention. My excrement has legs. I breed once a year with females that are looped. I am the correct distance from the things I observe. I bury my food before consuming it. I prepare an exit hole. The eggs of my queen have all been mislaid. There are things I’m chewing that will not get swallowed. Ennui is a saw blade. The weak are nasty. And I am both. I have a beak where I once had a mouth. My name in Swahili means hung by the neck. I feel exposed in water. I’m lived in by a foreign government. I am less than domestic life. I am nocturnal with ceilings. I have fat, hairy bodies and heads. My proximity to death is panic.

The mouth is a decoy of a hole. It’s nothing without contents. We call it empty and detail all the things that fill it. It has foreign weather. It has tongue and teeth. It can sing even when it can’t. When it dies it is death’s vehicle. Its meaning is the disfigurement of a face. If it breathes it is event; it is genitals; it is world; it is dreamt; it is maggots haunted by maggots. It is the postcard of a head, a box of soft vegetables. The human being has a neck and a memory and a suddenness when it wakes.

Gary J Shipley’s latest books are Gumma Homo (Blue Square), and You With Your Memory Are Dead (Civil Coping Mechanisms, forthcoming) More details can be found at Thek Prosthetics.