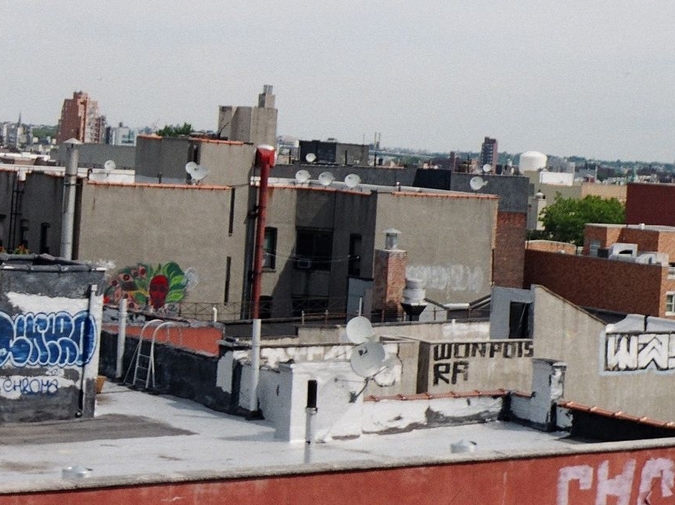 Luis, you never taught me how to ride a bike
during that summer of  chillwave boys who pedaled
baggies of weed and sandwiches to and fro
under the bridge. We brewed a thin beer
and brought it to the park in eco-bottles, let it
ferment the plastic under a shell of a sun.

The first thing I gave you was a mohawk
and it looked shitty, like the mane
of a castrated unicorn. You had the spirit
of the enchanted forest in your eyes
whenever you stole my Ativan.
You looked like a bear in a circus, Luis,
your teeth were the same shape as your nails
like a bear’s teeth are the same shape as its claws
and you pawed at me like I was a long joke
and it was time to get to the punchline.

Your name spreads across your stomach
in the gothic scrawl of the skate witch
of east of Bakersfield. I whispered that spell
into your lack of hair, the endless possibility of you
in my singular and discrete self, small but heavy.
You are in a castle and you are in an abandoned amusement park.
The monster pulls off its head and you are countless
faceless fucks from when I lived next to the hospital,
where I dreamed I could hear the life supports
spooking sickness away but really I just woke up,
the endless possibility of  what you are not,
my singular and discrete self, small but heavy.

Once when you spilled your beer in the park
you licked it off the grass like a sick dog. Luis,
tonight I dream I’m on your handlebars. I dream
we’re on Rockaway Beach and we’re not being serially killed.
We’re talking like two pairs of scissors with ribbons
on their finger holes and I’m removing my shoes
and you’re sleeping on the roof like a question
sleeps in my mouth before I ask it.
I am Velma kissing the mystery.
I do not try to pull off its shroud. Good boy, I say,
and we walk to the van, our obscure machine.

Aiden Arata's writing has appeared on BOMB, Electric Cereal, Medium, Forth, and elsewhere. She lives in Oakland and tweets @aidenarata.