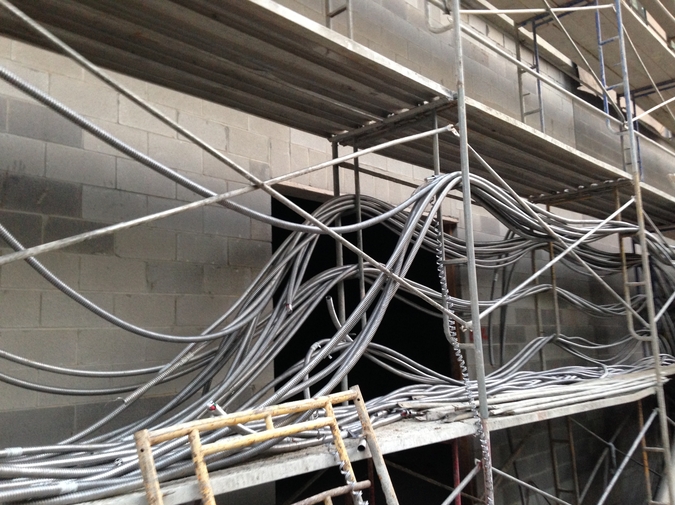 The bay bridge in Maryland, unlike the bay bridge in California, is not straight. As I drive across it towards the ocean, away from the valley I grew up in, always towards the ocean, I cannot help but think of the many fantastic things man has created, and the ways in which those things delude us. It doesn't take much for a curve to become a coil, for a bridge to become a cage.

The valley I grew up in was monotone. Green and green and more green accented only by trays of cookie-cutter suburbia. House after house after house the same inside and out. In high school, my brother and his friends would drive to one of the valley's peaks before shifting to neutral and seeing who could coast the farthest back down. It's a nice valley, full of good families—whatever the hell that means.

San Francisco is a city of a million valleys. Fine art disguised as front porches. Light pink houses peeking out of unpredictable hillsides. I flee Maryland, fall in love with California's color, live by the other ocean. See, the thing about being in love with the world is that the world expects nothing in return. The city isn't all that different from the valley and its trees and fields and green in that way. Man-made doesn't mean made for you.

I am in love with the world. Is it really love if a nice guy from a good family wants to take that from me?

Maybe it's not a gender thing, I tell myself, hoping it will be eventually feel true.

My mother say there's no reason I, of all people, should have commitment issues. My parents were high school sweethearts. I didn't watch a divorce, barely even saw a fight. But a bridge would be a metaphorical understatement in this instance. My mother and father long ago morphed into one person. Some days, I find it the most endearing. Most days, I mourn.

When my mother obsesses over taller cabinets, when my brother's wife knocks down another wall in their kitchen in Maryland, I imagine them trying to regain some sense of self within a structure that's consumed them.

Maybe love is inherently loss, I tell myself, hoping it will eventually feel false.

That's the thing about sexism. It snakes its way into the most intimate spaces, so often disguised as love.

I break up with the nice guy from a good family from San Francisco, tell him I'm moving back to Maryland, which eventually becomes true. "But you hate Maryland," he says, not realizing he was the illusion of change.

Back in Maryland, I bypass the valley, live by the shore. Always towards an ocean. Man-made does not mean made for you.