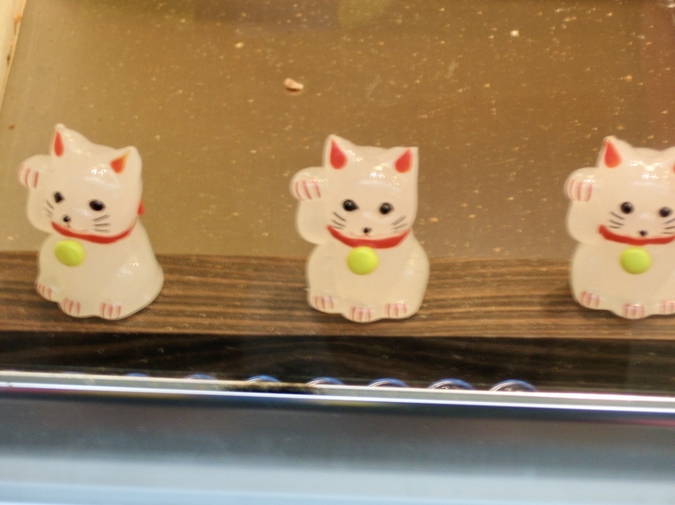 I long to know his self-described “epic head”
with my eyes closed. But for now, his torso
radiates from my screen like a delirious
lighthouse, like it is recharging my phone,

my hand with all its “looking for discreet
fun” power. On an otherwise blah night, these pinch-
worthy nips a dazzling pink, this winking
emoji placed right beside the gold

curly path that leads down,
down where I can almost smell him. & I can’t
help but hear us—how we would desorrow

in the best, beastly way, unshiver loud
as a star. We would live in a melty blahless here
for an hour or two. He has to text back.

Self-Portrait as a Wild Extrovert

I have 600 dear friends.
I hug each of them
daily. I never need a mint
but am always ready to offer one
or 600. I love & know a lot
about biking/baking. I love & know
a lot about Celine Dion,
thanks to my mom, who is, if I
absolutely had to pick one—but
who am I kidding, of course
she’s my best friend.
Once, every five years, I might
feel a smidge of sadness.
& when I do, I just
sit down, maintaining impeccable,
approachable posture, & breathe.
I breathe like the very well-
organized, very wall-less
ad agency I’ve run
since birth. I breathe
like breathing is my oldest
dear friend named Daphne
Daphne, whom I still call every night
before bed to say, You are
an incandescent multiverse—don’t you
forget it, & that never
fails to do the trick.

Every Poem Is My Most Asian Poem

Including the poems I have yet to write.
For example, the one about the two
gray pubes, discovered during last Tuesday’s

trim. Or, the one about the fourth
hedgehog of the post-apocalypse. Or, the long,
tragic one about how the frenemy of your frenemy

is your frenemy. The short one that seems
to be about love, but is about
SUNY Geneseo. The one about my best friend who always

there’s the one that begins, Exquisitely
inquisitive, I wander with my well-moisturized elbows.
& ends, To aubergine or not to aubergine, that is

never the question. This great poem I will
never write, for I am too busy staring
at my graying or correcting my best friend. & in the end,

I only know the beginning & the end. Everything else
is a superlative question—a supervoid
I have come to view as my innermost joy.

My boyfriend & I have a crush

on a guy who’s great
at being shirtless & sometimes pantsless
online, who has a large
pet bird, a cockatiel
I think, in which case yes, “cock”
is in the name, but it’s a very
pet bird-looking bird,
who started out as a recurring
guest star on his bare shoulder, & then
was promoted, just recently, to series
regular, to every last tanned
moment, to my vexed
sigh & my boyfriend’s Oh that fucking
bird again—& then, well, the lovely
dearth of clothing largely evens things out
for me, though not for my boyfriend,
who has developed an anti-crush
on the cockatiel that’s spilling
over onto the cocky owner,
but still there was last Wednesday,
last Wednesday 4 p.m.
when he posted one thoroughly
glorious pic—shirtless, pantsless,
& birdless—& immediately I texted it
to my boyfriend, Have you seen
this yet, & he texted back, Mm
I have now, & in that Mm,
that moment, we were once again
drooling, dreaming
together, & didn’t Hemingway
say all you have to do
is write one true sentence,
the truest?

A Queer Translates Himself

When he says Hello he means Instead of talking, I wish I were eating
a rice crispy treat. When he says Hiiiiiiiii he means Hello. His sudden

his Pepcid. When he says I love you seemingly to his own open computer,
he is working & also dreaming & the “you” refers to ampersands. If you, dear reader,

see him lingering before a billboard featuring Manny Jacinto’s jawline,
that should be self-explanatory. Don’t ask him to translate. Ask why

ampersands & he’ll say, They are poetry. Ask what he means by that, he’ll shrug.
Give him a rice crispy treat, then ask again, & he’ll say

while unwrapping it, Well, they go back to the ancient homosexuals,
who longed for a symbol of entanglement, grace, multiplicities, power, the strange, the celestial,

& you know, the sea. When he bites into his breakfast sandwich with even greater
& sloppier gusto, he is thinking of this answer.

Chen Chen is the author of When I Grow Up I Want to Be a List of Further Possibilities (BOA Editions, 2017), which was longlisted for the National Book Award and won the Thom Gunn Award, among other honors. His work appears or is forthcoming in many publications, including Poetry, Ploughshares, The New York Times Magazine, and The Best American Poetry (2015 and 2019). He has received a Pushcart Prize and fellowships from Kundiman and the National Endowment for the Arts. With Sam Herschel Wein, he co-runs the journal Underblong. He teaches at Brandeis University as the Jacob Ziskind Poet-in-Residence and lives in Waltham with his partner, Jeff Gilbert, and their pug dog, Mr. Rupert Giles.