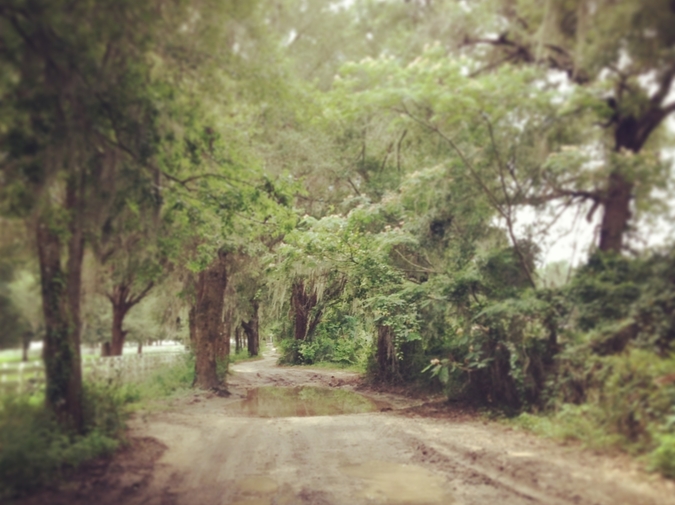 I told my first lie to a girl with a Hans Christian Andersen name, holding onto the metal bars in the playground while I spoke. The smell of pennies stayed on my hands until morning.

I learned arithmetic. I learned to divide one into two. Or was it algebra?

I reported on raccoons, FDR, Hawaii. All my subjects failed in some way; Hawaii too broken up and distant for vacation; Roosevelt too earnest; raccoons too easy to recognize. I threaded my studies together with yarn, when I should have been welding them together with warnings.

Down comes the Berlin wall and my third grade teacher gets the only piece.

A Sorceress Shall Not Live

In transit, I’d lose things: my nose, my hand, my head, my heart. I’d show up half-value. Curators would mold wax limbs and organs, but the patrons would know. I knew.

I’d try to bleach the color out of everything—I’d go for that lavender hue just beyond white.

I wanted anything that wasn’t there. I cast spells—simple ones that didn’t ask much from a moon with a sideways smile. I ate fungus, told my mother the neighbors were vampires, not to invite them in. I fell asleep outside.

Is this too unfamiliar for you? Too abstract? I was young once. I was alive when I shouldn’t have been. I yelled shotgun and ended up on the other side of the earth. Is this a confession?

If I let you live, you’ll die too.

I tried to use household items to pare the world back open, but I spoke a vague tongue and didn’t know them by name. Only: refrigerator, counter, glitter on the ceiling, stars. This unspecificity kept them dull.

There was nothing to fear, and that was the problem.

I was a bestseller-mind. A hobo’s maid. Charlie Manson’s boxcar and a jug of wine.

There was a man on McDuffie St., near Westheimer—he smashed his bile brown van into my dad’s rental. I knew it was a portent, but no one would listen.

One summer in Washington I left the phone off the hook for months.

It was only a matter of time, etc.

I was diving down and then diving up.

I spent one life in the front seat of a man’s car, someone’s father, I guess.

My hair grew long, fast. My blood stiffened, my cheeks reddened, I burrowed, waited. I hoped for sand, something to cover the stink of the seaweed or the fact of the country underneath. How long I lived in that country, how quiet I breathed.

Some kids set up a store in the playground. They brought things from home and traded them. I brought: a small wooden horse, a plastic ring, a cast of Marilyn Monroe’s bust. I traded them for cavemen’s teeth, for older brothers, a small heart, for nothing. I saw them later at friends’ houses, under refrigerator magnets, old Moroccan rugs, on wanted posters. I couldn’t get my wooden horse back. They couldn’t live without it, they said.

Once I traded my face, but I never wanted that back. I didn’t trust people with such perfect hair.
Men kicked in the doors of my house in the daylight. They came in my room and went through my closet. Was that performance art?

We voted at school—Dukakis or Bush. I chose Michael Jackson.

The Challenger Shuttle exploded, and I watched in wonder as its pieces kept shooting for the moon. I am living after that explosion, amongst the shattered metal and astronaut hearts. The view is neutral. It is about landscape, and nothing you would know.

I wrote one-line plays and performed them for a captive audience of two. What choice did they have but to write good reviews? I believed in what I wrote. At least if it sucked I believed in it.

Cicadas tapped the window of my room and in their strange rhythm I detected the droning finger tap of old age, of the rape of the future.

I tried to dig up the dead. I found two gemstones of mine buried in the schoolyard.

A girl almost drowned during swimming lessons. Perhaps we should have let her.

Then at least the trauma of repetition, the repetition of trauma would have been communal. Witnesses could gather once yearly to relive that death instead of having to play out all the roles ourselves.

How tiring the costume changes! How solipsistic the characters!

When it rains the water runs brown down the gutters, full of tadpoles and repulsive germination.

Cicada shells cling fast to the oaks like out-of-style ideas. I will not leave my shell. I will sit here in virtual space with it crinkled around me like charity. I don’t care if it’s monstrous.

I would curl up inside that word if I could: Oak. It seems large enough to hold all species: dead or alive, extinct or becoming.

Somehow, I get away.

I go to the mountains, where the blueberries stink. Pungency is all. My life has fruited and fallen and here comes the strange afterbirth of a million nirvanas: purpose, lost, regained, nullified.

I step into the fur of a grizzly, Ursus horribilis. I am born wizened and dumb, old and inexperienced.

As a bear, I hunt for moths. I can smell them hibernating, savory balls of fat under soft down. I lift boulders from which pikas fall screaming. Just because I have such power does not mean I am not afraid.

When I find the moths I pluck their antennae from them and weave them into a crown. For once, I forget that I am in sales, and roll my musk through the skunk cabbage, rotting moss and lupines.

Please let me live, I say to my vacation.

The wildflowers by the freeway are beautiful (I remember them). If there are bears, demons, so be it.

Death is not wasteful, but precise (is that true?).
Birth, then, is the same: exacting.

Is this a journal or a work of fiction?

What is the light like here? Holy. Easy to miss.

You can falter or stall.

I imagine the click of scorpions without knowing if they actually make that sound.

& Nature Will Not Do As I Wish

I long ago excised them, the femoral, jugular, aortal. Arteries too big, too central, too important to any longer hold meaning.

We can’t take meaning, now, you say. If we can, it’s only at the rate of one astronomical unit per galaxy, one atomic fission per fire, one spouse per siphon, one child per grave.

Now I pump my blood with lesser, more working-class veins, roads so small they lack description on any map.

My life has been telling me something, and it is this: I will have to give up the lesser veins, too. The aerioli, the tiniest of freeways.

I am a deliverer of nothing to no one never.

Seven billion anatomically correct dolls cannot be wrong. And if they could, it wouldn’t be about this. I know your life. I’ve lived it.

O, virtual quest. O, pretension. I am only in the audience.