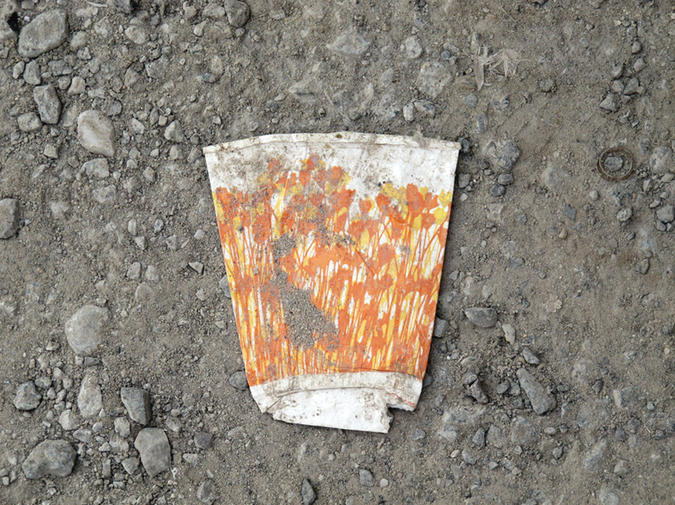 *With Potential Spoilers, Depending on How Behind You Are

Aaron “Jesse Pinkman” Paul and Mister White (aka Heisenberg, aka Walt, aka Bryan “Malcolm’s Dad” Cranston) are making meth in a cavernous and secret meth-cave. Which is like the Bat-Cave, but for meth-making. They are wearing their yellow suits and respirators and are pouring various fluids into multiple large stainless steel containers. There is a terseness to their movements as they perform these actions, as if there is something unsaid between them, some unsaid something (or series of somethings, it now occurs) about which they have both been brooding for some time. After slamming closed the lid on one of the gigantic meth-cauldrons and removing his respirator, the Actor Formerly Known as Cap’n Cook speaks.

Aaron Paul tilts his chin down, catching the light from one of the meth readout displays or maybe the overhead fluorescent tube lighting and thereby illuminating his brilliant Blue Sky©-blue eyes, which stare steadily at Walter “Do I Even Have Cancer Anymore?” White as he says, “You want to talk about weird… bitch? What’s weird is how when we first started cooking meth together, you were always solving shit with science. I got the feeling that you were going to be like some kind of nerd chemist MacGyver. But you’re not some kind of nerd chemist MacGyver, are you… bitch.”

“I’m the person I’ve always been,” Chief Most Awesome “Walt” Meth Chef Ever says, indignant, self-righteous, and perhaps (just a touch) disingenuously. “I love my family, and I want to do whatever I can to protect and provide for them.”

“Bitch,” Jesse Aaron Paul retorts, expelling a salaciously vehement bit of saliva from his mouth on the –ch part, then wiping his mouth with the back of his hand, exposing his decidedly-nineties tribal hand-and-wrist tattoo.

“I just…” Walter “Meth Chef to the Meth-Distribution Stars” White begins, raising his hand and chopping the air for emphasis, “I want to be… respected. I am a good chemist… a great chemist, and I want… to be… respected. That’s all.”

“You…” Aaron “Ru” Paul says, smiling like he might while watching a fat kid try to run to first base in a kickball game during that short period of time where he was convinced he was evil or whatever. “You do your best work in your tighty-whiteys… bitch. How do you plan to get respect like that?”

“Maybe I’ll kill some people,” Mister Walt “Tighty-Whitey Meth Chef” White says, glancing sideways and darkly at Jesse (No Relation to Ron) Paul. “Or maybe I’ll pit people against each other in an uncharacteristically sophisticated way. Maybe I’ll get drunk and/or pilled up and divulge even more things I shouldn’t. Or maybe… I’ll stagger around in my tighty-whiteys, weeping.”

Mister “Where in eff, and by what means, did he come by that Heisenberg Hat, and also no relation to Jack” White draws his mouth in a straight line, tectonic activity taking place in his brow region, glancing momentarily up at the security camera which has been tracking their conversation, it now occurs, this whole time. Also, he took his respirator off a little while ago. Respective of the security camera’s presence, he lowers his voice, edges closer to Aaron Cap’n Paul. “And I guess you feel like you have room to talk because during the period of time we’ve been cooking meth together… using my formula and expertise, I might add—”

Jesse (No Relation to Hank) Aaron, glances likewise at the security camera before responding, “Do you never not add that?” Another glance, then, “Bitch?”

“—you went from hooking up on the fairly regular with a seriously busted meth whore to shacking up with a kinda-hot-in-a-decidedly-nineties-kind-of-way-just-add-crystal-and-smack-Instant-Yoko-Ono type, to a single mom who seems mostly like a plot line that didn’t quite make but won’t go away, or maybe like a sad combination of doormat and wallpaper, a woman whose—dare I say it—coincidental connection to your life as a meth-cook-and-distributor is almost as thin and preposterous as Jane’s dad being the air traffic controller who crashed those planes into one another, being so stricken with grief over his daughter’s death. Is that what gives you the right to criticize me? Also, I didn’t have anything—at all—to do with Jane’s death.”

“Why doesn’t your head tan, Mister White? Huh? Bitch?” Aaron Paul is now seriously spraying it, rather than saying it. He continues, his own curiously youthful face now brow-furrowed. “Why… does your head… always look like you just shaved it, no matter how leathery your craggy, leathery, face gets?”

Walt “Not to be Confused With Walt Whitman, Who Didn’t Make Meth, and who was probably gay, which despite the homoerotic overtones of Walt and Jesse’s relationship (and maybe also their respective relationships with Gus, Mike, et. al.) they, Walt and Jesse are not” White strips down to his tighty-whiteys, his arms and hands flying out from his sides like some kind of meth-making bird of prey. “Why did you get that tattoo on your wrist and hand, Pinkman? Huh? Did you just want to make sure you could never get a job outside of a Citgo?”

“Bitch,” Jesse Paul says, dismissing the conversation by stalking off, banging his way through the meth cauldrons and trays and whatnot. Walter stands there, next to the locker, clad only in socks and his actually-not-so-tighty-whiteys. And also his strictly-on-creepster-tip-midnight-to-eight-7-11-employee glasses. And his Clark Wallabees. And black socks.

There is no reply.

“You wanna knock off early, maybe grab a couple of brewskis? Toss the old pigskin around?”

Jesse says nothing in response, just expresses his angst by banging purposelessly on various meth implements.

Outside, it time lapses from evening to night, then back into morning. And in a heretofore-unseen hovel, a brown hand carefully places a piece of paper on a candle-lit mantle. It is a caricature of Jesse and Mister White in their meth-suits, smiling, standing on either side of a shiny steel kettle, each with a stirrer in hand.

PR Griffis is a semi-recent transplant to the Northeast, where he resides in a defunct mill town that is just this perfect incarnate metaphor and embodiment of Springsteen’s US of A; there, he enjoys seasons, snow-shoveling, and the company of his wife, the writer Mika Taylor. He is currently at work on a novel that takes as its themes Death, Family, Punk Rock, The Recovery Industrial Complex, Suburban Sprawl, Cultural-Homogenization (and -Devolution-As-Therapy), and Texas High School Football. A contributing editor to The Murky Fringe (themurkyfringe.com), his work has previously appeared in Diagram, Defunct, Devil’s Lake, The Dictionary Project, and Sonora Review.

Isaac Sullivan is a California based artist and writer. Recent poems and new media projects have appeared or are forthcoming in 1913, Slope, and Quarterly West.