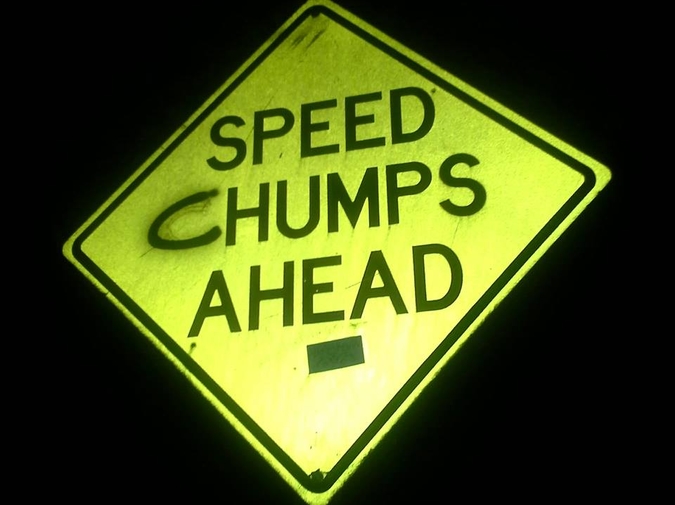 I met Everything at a McDonald’s in Scottsdale, Arizona. He was working the cash register, and he was clearly on drugs. When I tried to order a Big Mac, he said, “You’re just like the rest of them.” I asked what he meant, and he said, “So many things are happening right now, brother, you have no idea.”

His eyes were like diamonds, but his hands were pincers. He must have suffered terrible burns at some point in his life because he only had one finger on each hand.

I asked him what his name was.

I asked if he liked working at McDonald’s.

He said, “When I was a boy, I found a dead snake on the side of the road. I tried to pick it up, but it was full of baby snakes, so I decided to leave it alone.”

He got in my car and we drove to Los Angeles. He said he wanted to sleep with a prostitute, so I started taking a left every time I saw a drug dealer, and suddenly we were surrounded by cheap hotels and women in heels with open wounds up and down their arms.

I said, “We should probably find a better part of town.”

We pulled over. It turned out it was his mother, so instead of paying her for sex, we offered her a ride.

Her name was Rebecca. We drove to a Best Western and rented a room, but nothing good was on TV, so we stripped down to our underwear and went swimming in the swimming pool.

Rebecca and Everything tried to catch up on old times, but they had totally different memories.

After a while, Everything said, “Wait, my mom’s name is Sarah.”

Rebecca remembered that her son was half Puerto Rican and that she’d seen him a few days ago and he was doing pretty good.

It turned out they could have sex after all, but instead of going back to the hotel room, they started groping each other in the shallow end of the swimming pool.

I wasn’t sure what to do, so I joined them. We formed a triangle by pressing our faces together. I could see Rebecca’s right eye through my left eye and Everything’s left eye through my right. We formed an axis with our tongues and each person put their hand into the underwear of the person on their right.

I had Everything, so I started beating him off. He kept growing until I became confused and wondered if maybe I’d grabbed his leg.

Then a mother came into the pool area with her two children and screamed and a minute later there was a manager telling us we had to leave or he was going to call the police.

We were all extremely turned on, but none of us wanted to get arrested, so we piled into my car and drove to a different hotel.

This one was a lot nicer and my credit card bounced. I asked if anybody had any money, and Everything started pulling wads of cash out of his pockets.

I asked him why he had what appeared to be ten thousand dollars crammed into the bulging pockets of his sweatpants.

He said that when he was a boy, he went into the woods and pushed a pencil into a hole in a tree and he was pretty sure this was his reward.

I wasn’t sure about that, but it didn’t matter because Everything had enough money to rent a room with its own Jacuzzi.

We locked the door and took off our clothes, and for the first time since we met, we were able to behold the miracle of each other’s nakedness.

I was about 150 pounds overweight. Rebecca had a thick scar over her heart and a staph infection on her left arm. Everything had what appeared to be a 17” inch penis.

We lowered ourselves into the Jacuzzi, but none of us knew how it worked. Everything said that when he was a boy, he jumped off a bridge and plunged into an ice-cold river and never came out. Then he pushed all the buttons and turned all the knobs and the water temperature went up to about 120 degrees and we started to die.

We crawled out of the hot tub and lay with our faces against the carpet.

Rebecca begged no one in particular for water.

Everything said he just remembered that his grandma died and left him a bunch of  money and he didn’t have a bank account, so they just handed him a stack of cash, which he stuffed into his pockets.

It was the first lucid thing he’d said since I picked him up in Arizona, which worried me, so I examined him for signs of brain damage.

He didn’t have any, but he had a 17” inch cock, so I started playing with it.

He looked up at me in complete wonder and said that when he was a boy, his mother used to sing “Beast of Burden” by the Rolling Stones every night when she put him to bed and that he’d give all the money in his sweatpants just to hear it one more time.

Then he remembered that his mother was lying on the floor next to him, begging somebody to get her some water.

She didn’t know what he was talking about and she couldn’t speak because she was dangerously dehydrated.

I let go of Everything’s gigantic penis and got Rebecca some water. I poured it over her mouth, and she moved her tongue around and spit like she was a baby and I was trying to feed her applesauce.

I asked if she was okay.

I said, “It depends. For a while he was. Then he wasn’t. Right now it seems like he is again.”

She stroked Everything’s hair and kissed the bridge of his nose and said she was sorry for being a heroin addict and never taking him to soccer practice or whatever mothers did who weren’t addicted to drugs.

He started crying and she rocked him in her arms.

I was pretty sure something beautiful was happening, but then I remembered how turned on I was in the swimming pool and how much I’d wanted to have sex with this god and goddess. So I started running my fingers through Everything’s hair and then everybody seemed to have hair in their hands and I sang, I'll never be your beast of burden. My back is broad but it’s a hurting. All I want is for you to make love to me.

Everything said that when he was a boy, he put a banana in his dad’s tailpipe and his dad drove to work and then drove home and he pulled the banana out of the tailpipe and ate it.

Then he confessed that he didn’t know how to read.

I promised to teach him one day and he started tugging on my penis with one of his pincers.

I was already tugging on his, and Rebecca inserted her finger into my anus and for the first time in my life I understood why hippies say things like, “Right on, brother” and “I can seriously feel the universe right now” and “Hey pass that spectacular reefer over here my friend.”

At this point you probably want to hear all the juicy stuff, like what the inside of Rebecca’s vagina felt like and which orifice finally surrendered to Everything’s 17” and what happened after the bed collapsed and somebody said, “I think my leg is broken.”

Here are a few things I can tell you:

1)  Everything and I both contracted Hepatitis C.
2)  When the irrevocable throb of our love subsided, Rebecca was in an alley somewhere shooting ten thousand dollars worth of heroin into her veins.
3)  It turned out that Everything had never done a drug in his life and that he had some kind of mental illness and that I’m seeing a therapist right now, trying to understand what exactly my responsibility was and whether or not I should hire an attorney.

One day I’m going to get cancer and a priest is going to come into my hospital room and ask if I love Jesus, and I’m going to say, “Of course I do. I love him so hard I could puke.” Then my soul will go to heaven because, unlike you, the Lord forgives everything.

When I get there, there’ll be $10,000 and a hot tub, and Rebecca will be sitting on the toilet slamming heroin and Everything will be on his knees begging me to sing “Beast of Burden” and I’ll sing it and Rebecca will get done getting high and then we’ll arrange ourselves in a triangle and I’ll receive my reward for all the good things I did on Earth like not judging people for being fucked up and loving them the only way I knew how.

Kevin Maloney is the author of Cult of Loretta (Lazy Fascist Press, 2015). His writing has appeared in Vol. 1 Brooklyn, PANK, and Monkeybicycle. He lives in Portland, Oregon with his girlfriend and daughter.