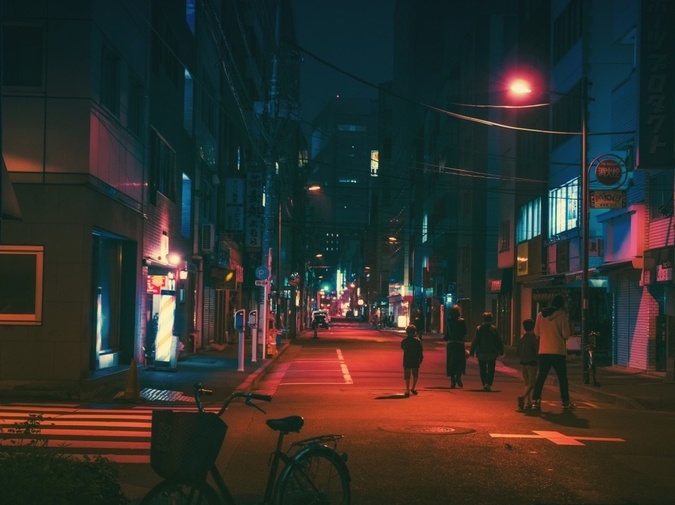 I guess when you said we could have sex over Christmas break I expected more than just sex, or expected the sex we used to have, years back, when I was skinny and you were sweeter. But I felt sluiced and silly this time: swigging vodka and sprite and halving the watermelon edible for us with a plastic Best Western coffee spoon, watching myself through your glassed-up eel green gaze—hard enough to leave fingerprints on—fumbling my emoted unfolding under the lemon peel phosphor coated fluorescents. Me, all scatter-shotted words I tried out in the air and punted at you (hoping you’d play along) but that you let fall as inutile and top-heavy as my bigger-now body felt. I guess I thought you wouldn’t care about this rapid accretion of weight. About the hair I’d shed down dreamed-out depression drains. The brain that now felt as chittering brittle as Judie Garland’s Golden Age Ozian green glass. Months before, I’d told you about my brain over deep-night Twitter DMs and you’d said sorry, nothing, t y p i n g, silence. Now, you only nodded at the comforter’s coquelicot colors, California King, resisting my eyes, but I knew you could hear the blush in my voice. I changed the subject while we ate the respective halves of our edible and I thought about the monumental fucking beauty of the Spanish moss outside the two story window, alone in all that midnight; of the absurd red river, dumb and wide as my hope.

Mary B. Sellers received her MFA in fiction from Louisiana State University, where she served as editorial assistant for The Southern Review. Her writing appears in Vol. 1 Brooklyn, Psychopomp, Flash Fiction Magazine, Literary Orphans, Third Point Press, and others. She currently lives in Jackson, Mississippi, and is at work on a novel.