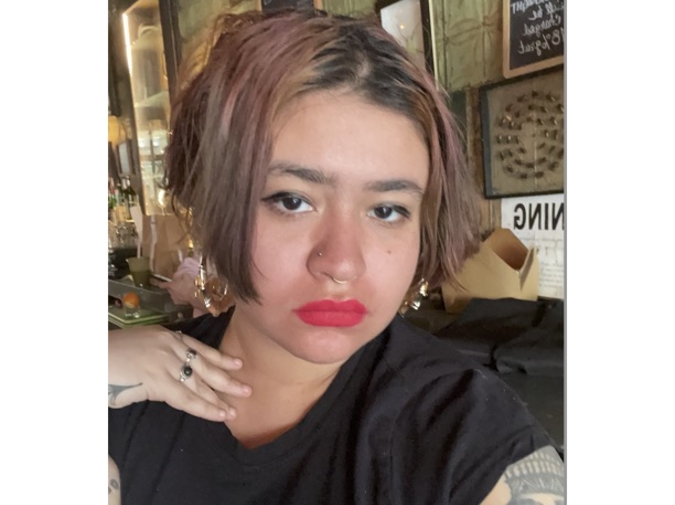 He accuses me of bulimia when I am too drunk and throw up my Domino’s, covertly, in the guest bathroom. We (me) cry about it. I am horrified that he would think that I would ever keep anything from him. I tell him everything—my hopes, my fears, the phases of the moon. Our song is “Over The Hills And Far Away,” by Led Zeppelin. We are struggling to put a name on us, on this thing that keeps wriggling away from us when we try to grasp ahold of it. It has persisted, in whatever form, for years.

We sit in silence on a Zoom call, unable to talk about what is really bothering both of us. He’s drunk. I love you, I say, as if I can fix all of our problems with something as simple as a feeling. Are you sure? he says. Of course I’m fucking sure, I say. He cuts off the call as I’m saying I love you, I love you, I love you, over and over again. But he texts me a picture of us, from that Nashville trip, before he goes to bed, and I know that everything will be alright.

He won’t come to Brooklyn. We’ve gotten drunk at the Treehouse, a bar by both of our campuses, and now we’re stuck at an impasse in front of the West Fourth Street train station, making out intermittently, embarrassing each other. Embarrassing myself. Come on, I say. This is what we do. We fight. We nip and bite at each other. Earlier in the evening, he declared, we could never date, because I’m too needy. I am a bottomless pit of need, but he doesn’t know that yet. We haven’t yet figured out the worst parts of each other, the darkest flaws. He says—I have the keys to the debate office at X University. A few minutes later we’re giggling in front of the security guard, traipsing down the hallways, and he’s bending me over a desk in the tiny office, and I’m unbuttoning his floral Oxford shirt. I am happy.

We sit on opposite bar stools. I am drinking Bud Heavy, he, Guinness. We talk about something, nothing, anything. The liquor makes sure I won’t remember any of this night, not the conversations we’ve had, not the sex, not the way he leaves before I fall asleep, leaving me alone in my dark, messy room. He is an old friend, reconnected with. I’ve known him forever. And yet he is a stranger, someone to play and play with, someone I can’t possibly hurt. Someone who can’t possibly hurt me.

Just be my boyfriend, I say, and although I am drunk on absinthe and won’t remember the details of this conversation later, I will remember the immediacy of it, the panic in my throat when he says he will never be mine, although he promises me love, promises me security, promises me everything I’ve ever asked for. He will not say the word. He will not give me the satisfaction of a label. We’re more than that, he says. We’re something else. I want to be something else with you, I will tell him later. I want to be us. So let’s be us, he says. And we are.

He says in many ways he wishes he could just drunk love me. I interrogate him on what this means, its many hurtful permutations, and hold it above his head when we are having arguments, but he never elaborates on the phrase. He wishes he could only drunk love me. In a way that’s all we’re doing, passing time throwing back shots and moving closer together in a messy spiral of alcohol and bad love, but there’s a core of something else, of phone calls from the side of the road and promises made late at night to love each other for now, not forever, never forever, we won’t make those promises, not now, not yet.

He is leaning against a wall when I see him. What are you into? he asks. Drinking and making bad decisions, I say. I think we’re going to get along just fine, he says. And he’s right, we do. Six weeks later I am in his dorm room because his girlfriend is away, although I have no idea she exists. This will come into play later. I am drinking a Bud tallboy and lying on my back in a twin bed. The ceiling swims. We will fuck, although it’s less important than what comes later. The history of us, spun out in a thousand green text bubbles, a hundred I-love-yous pressed from chapped lips into cupped ears across state lines and phone lines. This is what we’ve done.

I get too drunk on a Tuesday night and tell him I want to marry him. We’ve known each other for six years. We haven’t managed to figure out how to stop hurting each other. You’re sounding a little like a drunk Southern preacher, he says, clearly freaked out. We’re amoebas. I still need to move back to the city, we need to take it one day at a time. We’re not there yet. I am exasperated, soothed, all at once. I want to spend the rest of my life with this ridiculous man. I want time to move faster. I want the cheat codes to life, I want to skip to the ending and read how the story goes. All my eggs are in this one basket.

He says he loves me seven times in the first year we are together. I keep count on my fingers, seven times, unprovoked. But in the second year, which is not over yet, he says it so many times I lose track. This seems to me a good sign. A sign that things are changing for the better. A sign that somehow, some way, we’ll be alright.

Joanna Acevedo (she/they)  is the Pushcart nominated author of the poetry collection The Pathophysiology of Longing (Black Centipede Press, 2020) and the short story collection Unsaid Things (Flexible Press, 2021). Her work has been seen across the web and in print. She reads poetry for Frontier Poetry, fiction for the Masters Review, is Associate Poetry Editor at West Trade Review, and received her MFA in Fiction from New York University in 2021.