Dramatic Photos of a Fire: A Great, Stop-Motion Tragedy 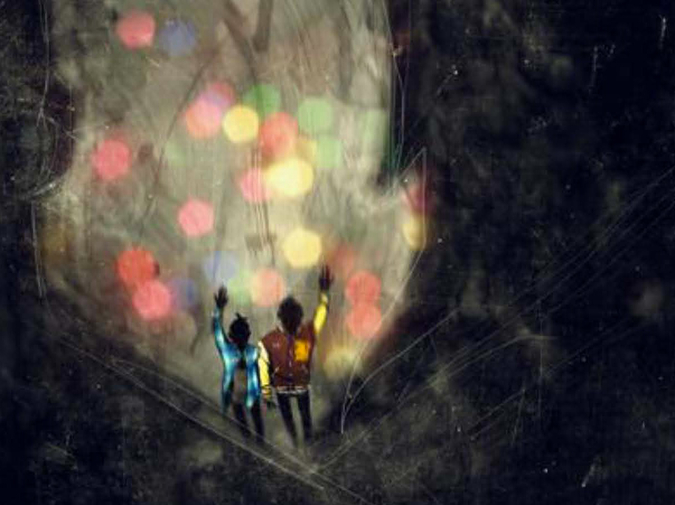 If they ever were to dig up the bones of a woman, the first thing they’d say is: “Female,” followed by someone asking, “How’d you know?” And they’d answer, “Judging by the pelvis, it’s female.” Not knowing she’d died with stories.

My mother and I had a game: whenever we’d catch a spider lurking inside our apartment, we’d stop and say “Hello.” That was her: a woman who’d go months wearing the same ragged panties just so her son could wear the newest pair of sneakers, yet also stop at every spider just to say “Hello.” That’s how I choose to remember.

How we pretended to be other people for fun:

“Bill, huh? I can think of a lot of words that rhyme with Bill.”

Sill. How she left glasses of water atop the window sill, or the refrigerator, to ward off evil spirits because she’d dropped too many of her good plates or glasses: “Puerto Ricans don’t believe in coincidences, Mikey,” she said. “It’s either fate or ghosts or spirits.”

Bills. How she’d once pawned her wedding ring for money.

Twill. How she showed me her bald head under that cheap wig she wore—more like patchwork quilt than hair—once the cancer took away her hair, and how gashed I’d felt when the man standing alongside us in the condiments aisle (Winn-Dixie, if I remember correctly), with a face more like a rotting log, seemed to decompose while staring at her fake hair and pale scalp.

If only my eyes had been pistols then.

People are so much more marvelous than their hair. It scares me how hair opens us up to such ugly judgments.

What they’d failed to realize was how the tumors were breaking her from the inside. Not bones (much worse than bones since bones). Bones are temporary currency. Never belonging to us. Just like time. Cancerous tumors break spirits the way a body breaks the sun’s path, casting shadows across the uneven ground in fading precision.

Mill. How people, family, come out of curiosity to see the dying woman, excessively proud. Proud of having “love” to offer in order to give a “courage” they seem to believe in. Loving you with their eyes while, in their heads, estimating when you’d most likely die.

Sometimes she’d lie there like a stone. Others, she twisted in agony. Her body begging to be finished off until the morphine entered her in a constant stream. Watching the spectacle of her trying to breathe; the room filled with wrecks, each of us shrinking, hoping that if we took up less room, there’d be less danger.

The twitches and the movements I made in response as I watched. There were two bodies
remembering then.

Will. And if we try, we could hear it, see it, believe it. Just under the skin like candles—Salvation.

“My stomach feels like its deranged,” she’d said, sitting on the toilet seat facing the tub, holding a disposable plastic razor in her hand. I stood over her. She’d asked me to shave her hair clean. “I’m tired of the wig,” she said, and I could feel my chest cave in. Shame really. I honestly believed with all this Cancer business that I’d finally grown into a more proper-looking chest. It felt more like a clear box with a hole big enough to fit a horse’s hoof.

And my hands may as well have been hooves as awkward as they scraped her scalp. So I then pretended I was a horse. That was our game, too.

Our games reassembled us, then “every day” reassembled by us. Where we found ourselves, like kids, swinging wildly and laughing, always existing above wrong answers. Making wishes at the end. If only our bodies, particularly hers, had changed too.

Shill. What we’d failed to realize was that our games were pushing us away even though it seemed like it was just me and her then. That was how the world was always supposed to end, right? Waiting for “Byes” that should’ve already been said.

Real. Instead of lies? Which are really the body’s way of thinking aloud.

Born and raised in Miami, FL, Michael J Pagán spent four years (1999-2003) in the United States Navy before (hastily) running back to college during the spring of 2004. He currently resides in Deerfield Beach, FL with his wife and daughter where he continues to work on his poetry, short fiction, and a collaborative short novel. He is a contributor to his alma mater's blog, The MFA at FAU, as well as his own, The Elevator Room Company.