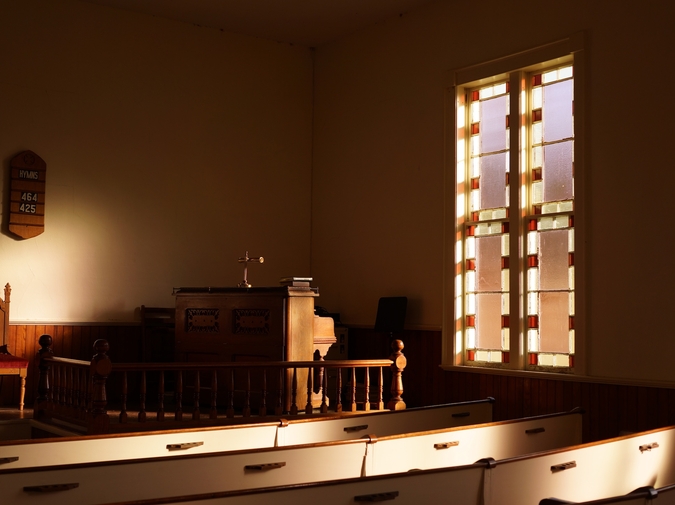 If Conlon wasn’t busy composing music for the player piano, he spent his time mulling over cryptic scenarios that provoked his interest; for instance, how a boat made out of paper illustrated to resemble wood looks like a boat made out of wood. He assembled this example: one wooden boat and one boat made out of material approximating the look of wood. He photographed the two boats and asked their guests to identify which one of them was real. Maria laughed. Everyone else wiped their mouths. “No lo entiendo,” Maria’s closest friend Lupe said. Lupe asked again why Maria married the man that loved the mechanical piano. “How can he understand pleasure, when he’s so preoccupied with structure?”

Home from her Monday outing, Maria undressed and stepped into the steaming bathtub in the attic. She cleaned herself. She hummed one of Colon’s new compositions. Maria washed herself not with cloth but with paper. She had her reasons; she did her own kind of understanding. As she bathed her body was situated between the bath water and the exposed electrical wire on the wall. It felt right to her. It just did. A very precarious position indeed, but so is being married to a Communist! she thought. Maria was inclined to think of the tub as something beyond its functional use. “For a woman to bathe properly she should be naked. And this is a loaded stipulation,” she once told Lupe. From the tub she could see duplicates of Manet’s Le déjeuner sur l'herbe and Ingres’s La Grande Odalisque hanging on the wall.

Maria sat back in the tub. Abrupt vibrations from below interrupted her thinking. She quickly retrieved herself. She considered fear. Conlon was a quiet, deliberate man, not to mention Conlon was on his way to the grocery. Instead, she put on her robe and walked downstairs. On the first floor was an unknown man with large hands standing in their corridor. He smoked Soberbios; he did not smoke Delicados as Conlon did. He was holding a rifle. “Just to show you how to use it,” he assured her. Maria read his lips mouth those words and was not impressed. She was not entirely alarmed, these sorts of occurrences happened in Mexico. She studied the man’s mouth closely.

“You are dripping,” the man said. Maria walked toward him. It jarred him. He caught himself in the oval mirror hanging on the wall. He jolted in surprise. His rifle fell to the linoleum floor. Maria swiftly took the rifle. She tightened her robe and backed up.

“The weight of so much death,” she explained, looking at the rifle in her hands. The man standing seemed amused. He regained his composure. Maria felt the rifle. “When I touch this object,” she said, “I know instinctively I am to hold it tightly with both hands. Just like this,” she showed the man.

“I’m impressed,” he said. He was not nervous.

“The gestures are like childbirth,” she explained to the stranger. “The how to is inherited, it’s nothing one learns, it’s automatic.” Maria then aimed the rifle at the unknown man. “I place my finger on the lever and pull hard. After this action a precise and recognizable sound and scene will occur. At that time I should feel differently about you being here in our house,” Maria said.

With the rifle steady in her hands Maria approached the unknown man and performed the graphic described: she aimed and fired. The pressure produced a volcanic impact on the man’s chest. She watched him feel for the hole, reaching to extinguish the bullet that had lodged itself deeply. He naturally and frantically gripped the bloody dent until he was grip-less. He fell to the linoleum. Maria scrutinized the once standing man, who was now lying on the floor silent and bleeding, but instead of seeing a human body she saw an image of a turkey. An inedible turkey was what Maria saw. She couldn’t shake it. At first this amused her but then immediately she felt guilty. Any dead man is a shame, she thought. Better leave the scene for Conlon to figure out, Maria decided. Maria relaxed. Conlon will understand the burden of such a threat, she thought, as she made her way upstairs to their bedroom for a nap.

Maria woke up refreshed and went back downstairs. Nothing had changed. Conlon had not returned from the grocery and the fallen man was fixed dead on the floor. What a mess, she thought. Maria went outside for air. San Angel was too quiet for a Monday afternoon. The air was unusually still. The sky was sunless. She wondered why the vista never changed. She wasn’t spent by it, but it never changed.

Conlon returned home from the grocery to find the neighbors in their corridor surrounding the dead man on the linoleum floor. They’d heard the shot and had come over. They’d waited longer than they would have liked before deciding it was crucial to check on the scene. They didn’t want to seem intrusive. The door was unlocked. The neighbors promised they’d knocked first before entering. They told Conlon they recognized the fallen man, noting his large hands looked familiar. Some said he was a drug addict, some said he was a corrupt cop. Conlon lit another cigarette. Lupe had stopped by; she wondered openly where Conlon had been. Conlon lifted the brown bags full of groceries. An apple fell to the floor. Their neighbors dispersed. The police came and took care of business quickly and without confrontation. Lupe insisted on cleaning up the mess. Conlon went to find Maria. She was in the backyard. With Lupe’s help Conlon took Maria to bed. Conlon moved the cat aside and opened their bedroom window. Maria quickly fell asleep. Shortly thereafter Conlon fell asleep next to her on her side of the bed. Lupe finished cleaning up the mess. She then closed and locked the front door behind her.

Nora Lange's writing has appeared or is forthcoming in The Fairy Tale Review, Juked, LIT, HTMLGIANT, Birkensnake, The Hairpin, Two Serious Ladies, Sidebrow, and elsewhere. She holds an MFA from Brown University's Literary Arts Program where she was a Kaplan Fellow. She lives in Los Angeles.