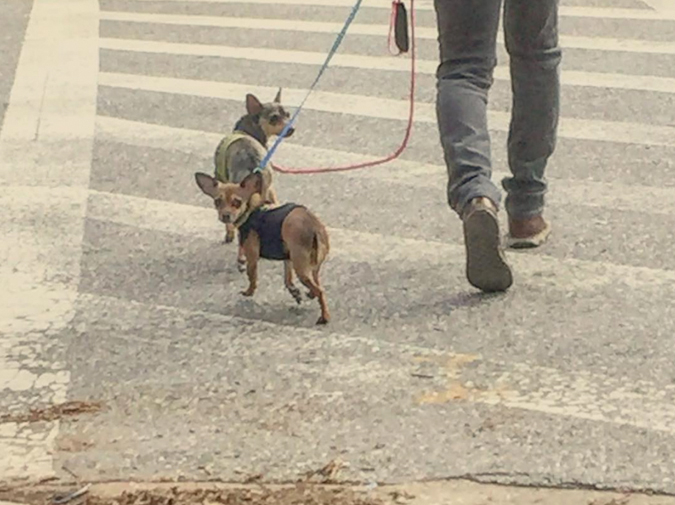 My father and I are facing each other with nothing more to say to one another.

A dog barks in the distance.

My father adjusts his glasses on his nose.

Another dog barks in the distance, a smaller dog, higher pitched.

The second dog barks back.

The first dog barks. Second dog. First dog. Third dog joins in. Then a fourth. Then a cacophony and I lose track of the dogs barking in a distance, down the quiet street where my father and I have nothing left to say to one another.

A wolf howls in the distance, and I think about the concept of danger.

I fear the wolf may be involved, but I can’t turn around without lessening the impact of our seriousness.

Howl. The minds of my generation are focused in on this moment, none more important than the one between my father and I, but the minds are focused on the barking. They don’t want to be, but they are. The minds are mine and my father’s, who have nothing more to say to one another.

The dogs bark in the approaching distance.

In the distance, the dogs bark, and my father adjusts his glasses, in lieu of something to say to one another.

Joshua Bohnsack is the author of *Shift Drink* (Spork 2020) and an editor at TriQuarterly, Oyez Review, & Long Day Press. He grew up on a farm, then moved to Chicago to sell books. @joshuabohnsack