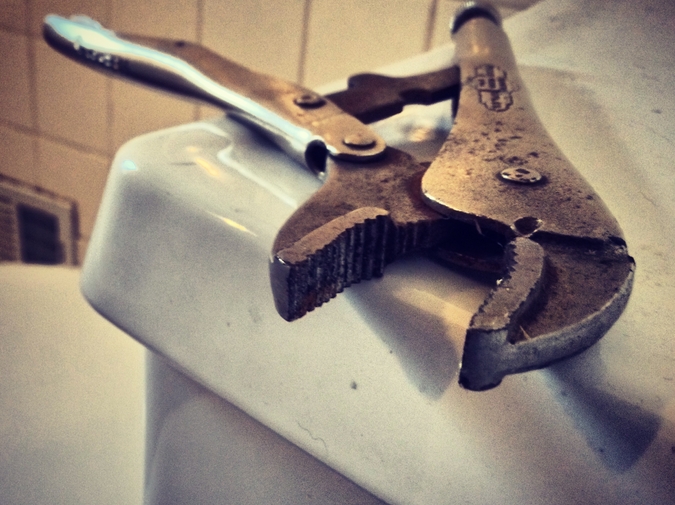 Many years ago, I wrote you a fan letter.  Called you Rocket Man.  Liquid Tremors.  Called you Publicity.  I was young, a poet in search of an identity.  On Shell Oil property that summer, rocking roads in 100º weather two miles from the canal, predictable American Bottom humidity and refinery stink, trucks to direct, oil sprayed and bubbling, gravel to rake over it, big roller on the way, I listened to a born-again summer worker, college boy like me, talk about Jesus.

He suggested I read the Bible.  That evening, a Friday, I did.  I white-knuckled it.  I squeezed until Genesis did me in.  All those names.  One had something to do with wrestling.  That night I told myself I would sign all of my poems Naphtali.  I told no one else, and I quit God before we got started.

Some guys get prostate cancer and have to shoot their dicks up so they can have sex.  That’s the plan, and they’re lucky to have it.  A buddy I know told me he spent one New Year’s Eve in the emergency ward with needles draining blood from his hard-on.  He had a New Year’s Eve party to get to.  One day with a heart heavy as a sack of stag balls, I’ll write a poem about it.  I’ll dedicate it to all those guys and their needles and pumps buried in their nuts and, to be careful, to God.

When I was five or six and dutifully peeing in the toilet instead of wetting my bed, I picked up the slip-joint pliers my father had left on the tank lid like a challenge.  I lined up the jaws with the head of my little self and squeezed.  The pliers clamped into place.  I screamed.  My father hustled in and undid the grip.  I named my second dog Freud.

Some guys have strokes.  Stroke doc said boo to me.  Said mine was minor, said I’m lucky.  Said cryptogenic.  Said who knows.

Naphtali struggled.  That’s what he stands for.

Many times you got tangled, Shooter, with my heart and led me, eager buck, to that half-basement apartment where I stood for an hour and held the baby that wasn’t mine so her mother, who was someone’s wife, could answer a midnight emergency call at the hospital a half-mile away.  The same apartment, where a month later I had to crawl out the bathroom window, ground-level, as she stalled, fumbled the chain lock.

I don’t remember the baby crying.  I’m not thanking you for that.

In fact, Shooter, Money Shot, I’m not talking to you anymore.  You ain’t what you used to be.  Which was everything.  Which was.  Don’t get me wrong.

Steve Davenport is the author of two books of poetry: Uncontainable Noise (2006) and Overpass (2012). A recent story of his, originally published in The Southern Review, received Special Mention in the 2011 Pushcart Prize anthology. His “Murder on Gasoline Lake,” published first in Black Warrior Review (and later packaged as a New American Press chapbook), is listed as Notable in Best American Essays 2007.