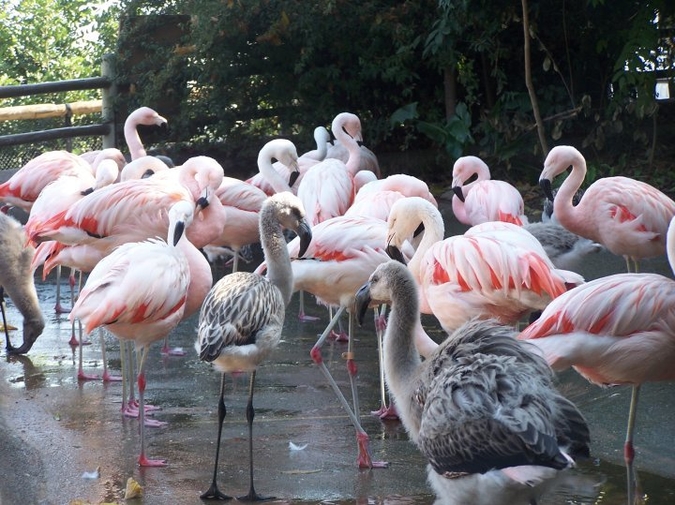 The farmer’s market is open all day, everyday, but it’s best to go on Tuesdays at 11am because this is when it’s quietest and you can really take your time perusing.  I peruse with a very serious face and my cousin Charlie with his one albino eyebrow, just one strip of him already grown old, resigned, the eye it crowns looking on at the world with wisdom while the other isn’t “looking on” with anything but rather just simply devouring.

I’m giving plums gratuitous squeezes while he haggles the price of medjool dates, never content to accept life as it’s stipulated to him, a persuasion I used to see as evidence of some real, red-hot interest in life that I was so pathetically lacking but that I now resent, seeing (clearly, this time) that it’s actually the result of some silly insatiability, a need to make the world bend to his will because he doesn’t have his own world inside his belly. The lack is in him, not me. He is trying to stuff his lack with medjool dates, the wax paper bag of which he is now flourishing triumphantly in the air. I hate when he gets a deal.

But this doesn’t mean I don’t love him. Or feel towards him what was, at some critical moment when my head was raised from the dirt, announced to me as love, L.O.V.E, from a banner on a blimp.

People sometimes think we’re boyfriend and girlfriend. Sometimes we play along, holding hands or whatever. Charlie runs his thumb over my cheek, like he’s trying to brush away the freckles. People might think we were brother and sister if we looked like brother and sister but I’m all pale-skinned redhead Sicilian and he’s all whatever-he-is, some Sicilian and some something-else (Albanian?), dark everywhere except for the eyebrow. We don’t even look like we’re from the same planet, never mind the same family.

And no, this isn’t my way of saying I want to kiss Charlie and no, we didn’t touch each other’s privates as kids. There was no I’ll show you mine if you show me yours. That is not where this story started nor where it is going. We were professional little children, too busy ironing out the details of the appendix to the constitution of our Society for Girls and Boys Intent on Digging a Hole to China by the End of the Year Two-Thousand and Five to think about taking our pants off.

Meanwhile the Iranian man with whom Charlie haggled wants to give me a bag of halva for free. This happens a lot. When you’re skinny people assume you could devour entire grocery stores if given the chance, the invitation, trimmed with lace: you are formally invited to eat every item in COSTCO.

Boys express worry that they will break or snap or “obliterate” you. They’re not really worried; they like that you’re breakable, and you like it too. Your favorite plate on which you eat every meal is fine bone China, which when you pick it up whispers careful,careful,careful, which is exactly what you did the first time a boy — no, not Charlie! — tried to put his dick inside of you.

Well, it’s true: sometimes all one needs is a formal invitation.

I’m not saying we’re any better than those constitutionless kids who did take their pants off. I watched a movie last week with a main character whose main character trait of very-smart-girl was established by an offhanded reference by her mother to the fact that she was reading Kafka at ten. I call bullshit! shouted Charlie, which made some other people in the theater mad — grumps! The way I feel about it is that the smart kids were not reading Kafka the smart kids were scaling water towers and fucking their cousins and flying blimps.

If we — Charlie and I — are ever going to do something drastic to each other’s bodies it will be murder, not sex. And not a sensuous murder either. Something affectless, like a simple gunshot to the head, like let’s just get this over with. Charlie would never cannibalize me; he’d have nothing to eat. And I would never cannibalize him because well you may be catching onto the fact that I don’t eat.

But I’m not like those other girls who don’t eat. I was never smart, I was never a figure skater, I was never anything. Once I sang a solo in choir and felt like I was (maybe) something. But nothing ever came of that. Life just kept on happening. Then they kicked me out of youth group, which was more than fine with me. The main thing I did in life was hangout with Charlie, and this cleared up more time for that, for which there was not and never will be enough. I can’t believe I ever sat in a church basement and ate pretzels, can’t believe I used to go around asking myself WWJD and then doing not-that, because it seemed like cheating, imitating what a good person would do instead of just doing it because you yourself were a good person. It’s easier, now, to not even ask what He would do.

“Aren’t dates a laxative?” says Charlie, as if to entice me, even though he knows I hate shitting and more importantly have nothing to shit. A laxative loosens you up, which is not what I want. In medicine, they call this a “cathartic.”

Charlie has his old eyebrow cocked at me, waiting for an answer. I have fat eyebrows. I’ve been told it’s not fat, it’s muscle, built up over many years of eyebrow raising, but I’m not sure. I think it’s fat, the kind cardio surely won’t kill. There are some things you can only fix through incision, by getting in there with a scalpel and doing the obvious thing, removing the problem. The practicality of surgery has always shocked me. Everything I assumed was carried out via intricate and opaque processes actually turned out to be more crude than I could have imagined. I thought bodies would reject the kinds of random objects doctors are stuffing them with but it seems like, if you really wanted to, you could slowly convert yourself into a robot.  I mean, if you break your head they just staple it shut and if you break your hip they replace it with metal in the shape of a microphone and if you break your heart they put a little plastic one in its place and I know it’s temporary but I can’t believe they put it there at all. It’s like, you can do that? It’s like when I was fourteen I wished I could just scrape my acne off with a knife and I was told you couldn’t do that and then later I found out you actually could do that you just had to pay a lot of money to have it done right.

I don’t have acne anymore, just freckles. I watch myself and Charlie in the shop windows, not with just a glance but with a real, unwavering gaze, so I can see how we look when we’re walking, which I hope is like the people in a perfume commercial.

I don’t know if we’re perfumey or not. We look so different in every frame and it’s like meeting myself over and over again. Charlie doesn’t even notice; he always looks straight ahead. The people in the stores see me looking and look back and I like to think they keep on looking after we’ve walked past, moved on, conquered the world.

We will conquer the world but first we are going to eat our dates on the big lawn next to the church. We’re not in Chicago, or Boston, or Cleveland. We’re in some place you’ve never — I promise — heard of.

We find a patch of grass at the top of an incline, affording us the commanding view we are owed. We survey the landscape and eat the dates. Or he eats the dates, and I eat a date, slowly, like if I finish it a bomb will detonate and Charlie and I will never make it to that party later, which would actually maybe be fine, ‘cause the party seems lame, or terrifying, or both. In youth group a party was Twister and Kool-Aid and Twister felt more like sex than any of the sex I’ve ever had.

Charlie gulps the dates down one after the other, barely chewing before swallowing, as if he wasn’t just calculating the cost-per-bite a few moments ago.

“You might enjoy them more if you paid full price,” I say.

“What?” He says. “No. What? No. It’s the opposite. Totally the opposite.” He shakes his head. He can’t believe me sometimes.

A bunch of boys my age, all with little heads and fat bellies, walk by and look me over with their hungry eyes. Charlie gives them a look like don’t-you-dare but I’m not sure what he’d do if they did dare. It’s okay; I appreciate the intimation of a threat even if all it does is intimate. Charlie isn’t a tough guy, per se, but I’m way farther from being a tough guy than he is, so who am I to ask him to be different?

Charlie’s other eyebrow is black. Charlie always has this look like he’s just spotted a friend across the street. Charlie’s favorite phrase is “get the fuck over it” but he can’t seem to get the fuck over lots of things, which makes me think he talks only to other people, not to himself. I imagine Charlie looking into the mirror and shouting GET THE FUCK OVER IT but I can’t really, actually imagine him doing that. When I imagine him doing that I actually just see myself doing it.

Charlie wants to see me better. “Why?” I say, “so you can fatten me up for the slaughter?” Then I make oink-oink noises and run around like a chicken with its head cut off,  which he finds off-putting but I find funny. He laughs, finally, but makes it clear that it’s at me, not with me.

He cradles two dates in his palm and jiggles them in front of my face like you would with grain to the goats at a petting zoo. I shake my head. I can’t believe him sometimes.

“I can’t,” I say, leaving out the or I’ll die, or the sky will fall, or I will fall, like down a hole to China, so fast I won’t even know it’s happening.

He catapults his last date pit into an impressive parabola, down the incline towards where the group of boys, who I think are actually men, much older than me, are sitting.

He looks at me hard, half wise and half devouring.

Julie Goldberg is a girl from New Jersey. She is currently earning her M.Phil in eighteenth century lit at the University of Cambridge, and her fiction has previously appeared in Litro Magazine and The Los Angeles Review. You can follow her on twitter @joliegoldborg, as well as @daily_clary.