Crimes of the Post-Divorce Era 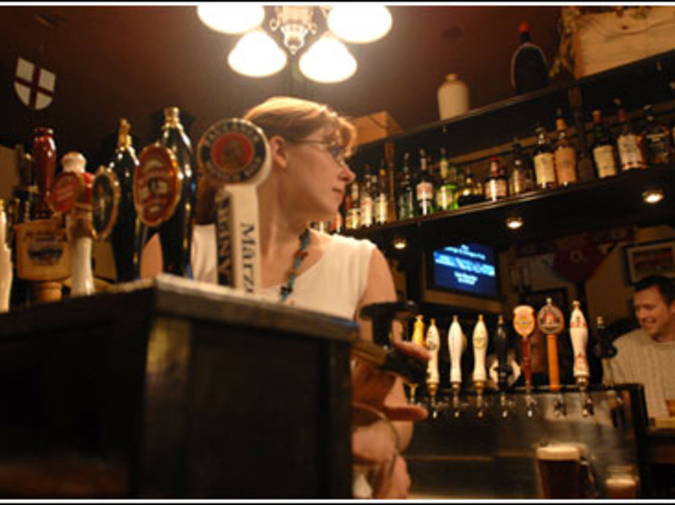 Gerry let out a loud belch and tried unsuccessfully to focus on Albert.

There were tears in Gerry's eyes and Albert felt his stomach clench, but he couldn't get up and leave, seeing as Gerry's current state of inebriation was at least partially his fault.

Upon sitting at the bar, Gerry had turned to him and announced that his divorce was final today. Having lived through the same misery not even two months earlier, Albert felt inclined to mourn with this stranger. They toasted their mid-life freedom and trashed their worthless ex-wives. But he hadn't anticipated that Gerry was such a lightweight. Perhaps switching from beer to vodka had been a mistake.

"You've complained about Vivian all night. You're better off without her."

Best to try and head off the tears.

Gerry looked confused for a moment.

"Vivian? Why would I want Vivian?" He scratched his head and then leaned in close to Albert. "I was talking about Sheila."

Who the hell was Sheila?

Perhaps Gerry had a girlfriend on the side. Albert wasn't clear yet on the circumstances of the divorce. Only that Vivian was a greedy bitch. But this was good. If there was another woman in the picture, perhaps Albert could dump Gerry at Sheila's place and get away guilt-free.

Albert helped Gerry into his car and got behind the wheel. He hoped Gerry wasn't too drunk to remember where Sheila lived.

After only two wrong turns, it seemed she lived only a couple blocks from the bar.

As Gerry climbed out of the car, Albert was prepared to just take off as soon as Gerry had made it in the house. But instead of going up the front walk, Gerry leaned in the open car window and held up his finger.

"You're a good friend, man. The best. I'll be back in one minute, 'k?" Gerry slurred. After Albert nodded, he stumbled around to the back of the house.

What had he gotten himself into? Just as Albert was about to drive off, Gerry came running zigzag fashion around the house carrying a squirming bundle in his arms. He was panting heavily and his face glowed red under the street lamp. He was shouting, "Sheila! I got Sheila!"

When he reached the vehicle, he dumped the bundle through the open window and yanked the car door open. Albert groaned when he saw Sheila was a beagle. She was so excited by the new turn of events that she was peeing all over his front seat.

Albert hit the gas pedal and sped off down the street. The beagle climbed in Gerry's lap and stuck her head out the window. Gerry stuck his head out the window too and while Sheila howled at the night, Gerry yelled, "Take that, bitch!"

As he later explained to the cops, Albert just drove the getaway car.

Diane D. Gillette has her MFA from Emerson College and makes her home in Chicago. She lives by Lake Michigan with her husband and an assortment of fuzzy creatures. When she isn't busy whining about having to have a day job, she is busy procrastinating on her first novel. Her work has previously appeared in ESC! Magazine and Long Story Short. She currently serves as Fiction Editor for 42opus.