Clothes Are Rarely Important in a Highly Emphasized Way 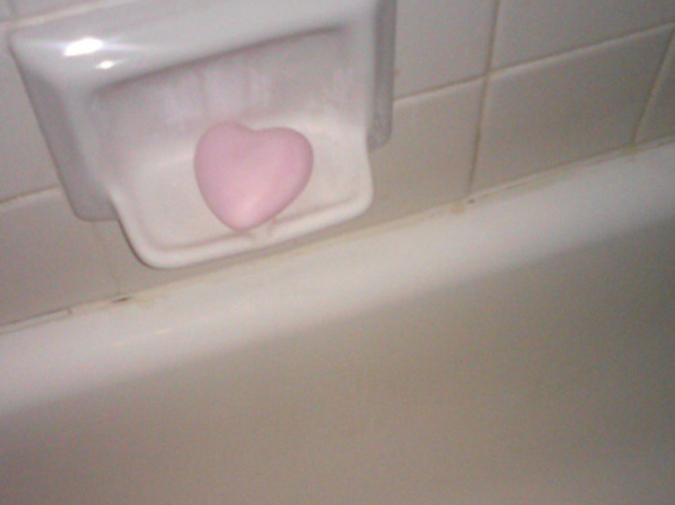 He's lying in bed thinking about his imaginary lover. He's not touching himself, he doesn't think about him when he does, only maybe in the very final moments. Sometimes he has quite extensive fantasies while listening to music. It's something else.

He's always the same person. He doesn't have a name. Though, when he thinks about it, he might be Julian. Considering that he himself isn't Julian. He's aiming for a more realistic self-image so that he can avoid disappointments. Kind of. Sometimes he's got light green hair and that reminds him of Sylvester Ulv, I mean Sylvester's green hair, the face is very different. Other times he's got blonde or black hair. It's never natural. Always dyed, always wavy. His body, he's always pale. White skin, sometimes with birthmarks—he loves them—sometimes without birthmarks. He doesn't usually think about this detail which is weird. He's always small. Not taller than him and skinny, very skinny. This might actually make him feel bad about himself, I mean about his own body, I mean in reality- that's a whole different story. Maybe he's got green eyes or maybe they're blue or a sort of brown, very dark. But it's more likely that they're light. He's always got tiny teeth. Tiny and maybe not-so-white. He smokes a lot and drinks a lot but not in a way that bothers him though he doesn't really know what way that might be.

He likes wearing dungarees with nothing underneath or he likes him wearing them. He likes tank tops and ragged T-shirts. He never sees his underwear. He sees him either fully-clothed or naked. When they go out, he wears crop-tops, sometimes. Sometimes large sweaters. He wears everything he wants to wear and feel comfortable in.

Clothes are rarely important in a highly emphasized way.

He sees themselves at three places mostly.

A run-down building he visited once with his ex-boyfriend, a real one—that was very different. It used to be a friend's, he inherited it after taking care of an old lady he didn't really know at all. The building is full of debris and it's got a balcony overlooking the Danube and a little music venue only open in the summer. He didn't like sitting there with the friend, he would've preferred sitting there alone or only with his ex-boyfriend. Inside, the rooms are almost empty save for a mattress and some music equipment. There are a few old glasses in the kitchen and a cold toilet he didn't like but in his fantasies he uses it in just-after-sex heat and it's all different that way. Even being barefoot doesn't bother him.

The second place is their own apartment, an apartment he's never been to in real life, it's completely their own, a fantasy-house. It's got two rooms and, again, a balcony. There's a kitchen as part of the living room. He can always only see a segment of their bedroom, the segment where there's a mattress on which they have sex, then he sees the kitchen and his smiling face when he goes out to smoke. He's never seen the bathroom.

The third place is a festival, any festival, but mostly one he's been to before. They're drunk and he wears summer clothes. He's crazy for him, and he's not anxious. They drink more and dance and maybe everyone who sees them in the crowd is jealous. The crowd doesn't bother him. They share a tent and they're dirty. Happy. They know how to have fun together. When they dance, they're well-synchronized. He's not anxious.

Sometimes he sees other people too.

Their closest friends, sometimes together, sometimes not. They often come uninvited while they're still naked or having sex. He sometimes pushes him to the wall, other times he's on all fours. He pulls his hair and pushes, pushes, pushes into him. They're lovely rough.

They never talk about being gay or bisexual or about their genders or any of that stuff. There was a time when he imagined himself to be a guy, just a tad bit taller than him, with a real cock. He doesn't think about this as much anymore. It's too painful to open his eyes when the music stops. Disappointing. Hopeless. He doesn't like his fantasies making him feel that way. He's more realistic now and for some reason it does make him feel better. Like it's not that far away or out of reach.

Sometimes they're seen but they don't stop because they don't know they're being seen.

This is still not a sexual fantasy or not aiming to be one, at the very least.

They put on clothes soon enough and meet face-to-face with their friends. They aren't ashamed, though the friends do feel a little weird. Not jealous. Or maybe just a bit.

Sometimes he wears a wide, see-through collar with a big metal ring but he never leads him on a leash.

They shout at and punch and bite each other and they fall over furniture, though they probably don't have much of that, and they end up with nasty bruises and purple eyes and sore knees and maybe his teeth are bloody but just a little. It always passes and they sit silently afterwards, he's smoking cigarettes and they're disheveled and equal and they have a hunger awakening inside of them. They're settled again, this is never anything final.

He doesn't know what he does. Maybe he's a painter or he likes to draw. He's sensitive and artistic and complicated. Sometimes he looks dumb, he's got his favorite junkie vibe, but he's not. Dumb, I mean. Maybe he's an ex-junkie.

Sometimes he dies. They've got a dirty apartment, not the one from the happy fantasies, he can only see one room. It's full of rubbish and they've still got a mattress and a dirty window and when he wakes up or gets home, he's dead. He's lying there and he's dead and it's impossible to wake him up or to comprehend the loss so he lies next to him and stays there for days, until someone breaks down the door and pulls him away and he's numb and screaming and crazy.

He never goes to the funeral.

Sometimes he goes back to the apartment with a big bag to collect their stuff. He never knows where he'll go from there and he always feels like he's not allowed to do that, packing their stuff, like it's stealing. His family doesn't like him but they didn't like their son either so they can fuck themselves.

He's the only one.

The music stops and he opens his eyes and he stares at the ceiling for minutes.

He's been lying in his bed. He's never met him. Maybe he doesn't even exist. And now he's dead.

He props himself up on his elbows and looks for some music that is easy or empty enough to let him fantasize about dumbly happy things. He needs to reverse the scenes. He needs to go back to the beginning.

He listens to Lover I Don't Have to Love first, which is not the type of music he was looking for but it kind of grabs the essence of his lover despite the obvious discrepancies (Undisclosed Desires has a similar effect but he doesn't listen to that one) and then this song Alors on Danse or Whenever, Wherever or Johnny Too Bad.

He's right back in his arms.

Dóra Grőber is a Hungarian writer. She's the editor of the online literary/art journal, SCAB, which you can find here: https://scabmag.wordpress.com/