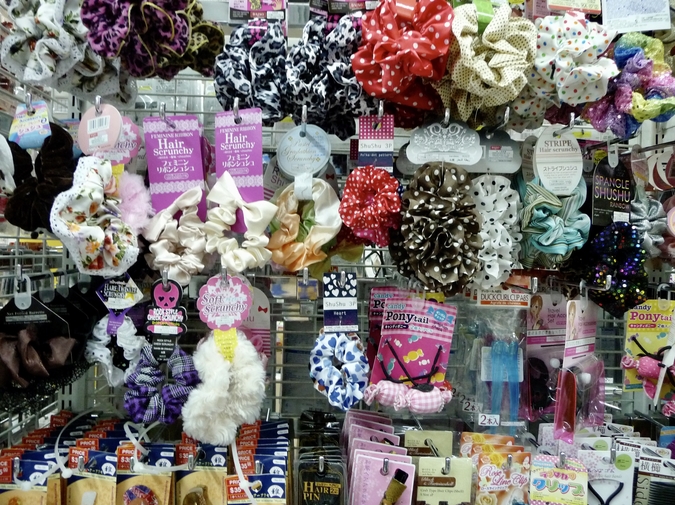 I decided to get rid of everything. New Orleans had reached the sharp point in early summer when it rained every afternoon but it didn’t cool anything down, it just made it all heavier. The street was slick and it shone under layers of oil. This weather pissed people off. The pulsating buzz of the window unit couldn’t drown out the distant yelling, which was lasting later into the night and with greater frequency. People got in each other’s faces. Cloudy plastic cups lined the gutters and cars were missing their side mirrors. Conversations devolved into a frustrating, seasonal tedium. Nobody could remember what was just said. Tolerance was a challenge. Customers continued to drink and eat, but they tipped badly. It was hot, and everything had to go.

One night after work, I stood outside of St. Roch and complained. Any task in July was ten times harder than it was in March. This was an annual truth. It was also true that our possessions—the psychic furniture that proves yes, I am here existing—don’t care what the weather is like. The sheer volume of clothing I had was swallowing me. Folding and putting clothes away, only to take them all out again, seemed pointless. I made mountains and moved them if I ever needed to sleep in my bed or find a sock. I could feel each individual item’s presence, a hostile takeover from the inside. Phil looked at me over his blue blockers. He blew smoke from a loaned cigarette back into my hair, bar rag still in his back pocket from the shift that ended two hours ago. He didn’t understand why I didn’t want him to come over. “Surrender to the stuff, baby.”

I owned a lot, but I’ve never been a collector. The accumulation was cyclical; I paid for things, I curated the clutter, I put it all in trash bags along the sidewalk. Since I didn’t have a car, whatever I found at a thrift store or at the riverfront mall had to fit in the milk crate on my bike or in my purse. I’d either put the new thing away quickly, giving the illusion of care, or I’d throw it onto the green chair with other things. When the dopamine wore off and I got overwhelmed, I expelled a fraction of it. I never found the process difficult: I said goodbye, I made room for more.

I knew I had to leave New Orleans, but I didn’t know how. As my belongings swelled and shrunk, the rest of my life was patterned and unchanging. I went to the coffee shop, I went to work, I went to the bar, I went to bed. I sat on the porch. I rarely crossed Canal Street. Every day as the clean, unfolded clothes encroached closer, I realized that the monotony I once regarded as freedom—staying out late, owning the objects of my desire, working a job I didn’t have to think about when I wasn’t doing it—was slowly crushing me.

I almost moved to San Francisco to live with a man I’d known for years but couldn’t describe. We said I love you on the phone, but I couldn’t tell a single thing about him. He worked in an office downtown and he liked Tom Waits. I immediately regretted telling him no, I couldn’t move to San Francisco. He met someone else. He got a tattoo of the same kind of flower I had, in the same spot on the side of the arm. I found a window filled with mirrors at a yard sale on Burgundy Street. The chipped paint came off in shards as I leaned it against the bedroom wall.

I was bad at my job. Nobody looked me in the eye. I would fantasize about pouring hot candle wax over the mezzanine and onto the people below. I wondered why I hadn’t been fired yet if everything I did was so wrong. I couldn’t connect with anybody. Men and women pointed to their empty glasses, raising their eyebrows as if my sole function was to keep watch as they drank, and I had fallen asleep at my post. I dropped a steak knife down the stairs. I resigned to the fact that I would loathe customers, and, for whatever reason, I would never be fired for all that I lacked. Maybe they kept me around because I never had anything to prove. I just showed up every day on time.

In a Louisiana summer, any memory of cooler days dissipates like rainwater off the sidewalk. The brain forgets the future. We cut all of our pants into shorts, we donate our sweaters, and we always stay for one more. Quitters start smoking again. Anything goes and nobody says anything. Sam and I would drop our bikes at the bottom of Andy’s stoop, wheels still turning. We’d share the metal loveseat, cushionless and so hot on my skin I saw white. We drank beer salted with palm sweat. Mosquitoes were relentless but we never bought any bug spray. There was bonding in collective discomfort. We laughed when it got late and we could hear the feral cats fucking under the house. Termites and flying roaches swarmed the signs and porch lights. Mothers swatted at them halfheartedly on the way into the store. Musicians made their way out of the house, balancing instrument cases on handlebars. The sun was leaving, and it was now worthwhile to go out. To try to make something happen.

There was no novelty in the fourth summer. What I used to appreciate in the thickness was stifling. I felt like a wild woman in the most unsexy way. Sweat caused headless pimples to rise like smooth red moons over my chest. I started to only wear a few shirts that covered the skin, making the problem worse. Three drawers overflowed with ignored shirts, spilling onto the floor and gathering shards of paint. I gently kicked them aside as I went out the door.

By August, I was placing all of my clothing into a gigantic suitcase. I used more care than I ever showed the garments when they were mine; I folded each one, shaking out wrinkles and avoiding the creation of new ones. The three towers in the suitcase stood waist-high. I took off the damp dress, thin underwear, ripped nylon socks, lace-up shoes. I lifted the top of the suitcase over everything that offered shape and texture. It zipped with ease. Naked, I dragged it out to the small Nissan I borrowed from Bonnie. I lifted it into the trunk. I took it all to the Goodwill on Tulane. The nylon seatbelt irritated my bare chest, inviting more moons.

I went to the Ninth Ward to sit by the levee. It was nearly 9 o’clock and the nocturnal bugs were swarming, competing for skin space with the crepuscular ones. I wove a bikini out of tall grass. I whispered shit w hen the brittle fronds broke. When I finished, it was dark and the river was gone except for small wooshes. I threw an old bourbon bottle into the sound. I winced with concentration as I fastened the straps beneath my shoulder blades. A small wind blew off the water and passed clean through the only thing I wore.

The body is a borrowed house. Inside, the subletter is generally comfortable, but it’s never really theirs. The subletter works around what’s already there. They add small touches of their internality, grasping for security. The subletter wraps themselves in impermanent comforts. But the house, ultimately, is of another ownership. Someone out of town, who the subletter may never even meet face-to-face. I don’t know about having money, or love, or art, but I can move the furniture. I can give it all away for the possibility of something full of air. How’s your body, the temple?

Jayne Pugh is a writer and a graduate student at CalArts. Her essays and poems have been featured or are forthcoming in Gravel Magazine, Maudlin House, and Juked. She lives in Los Angeles.