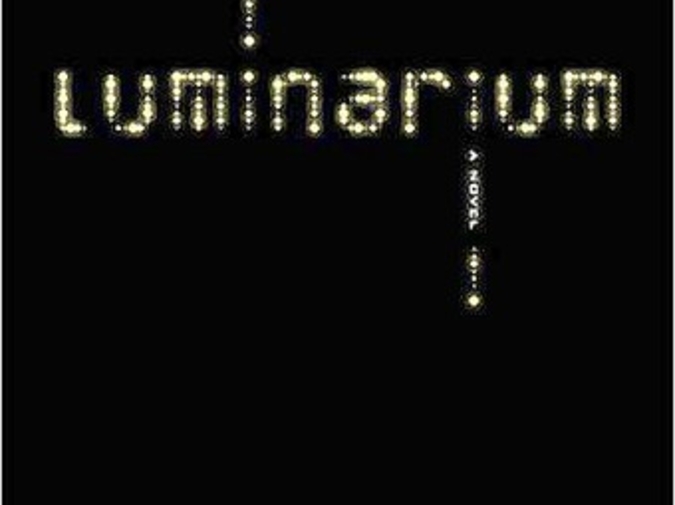 The epigraph to Alex Shakar’s Luminarium could be a request or a demand; “Lead me from the unreal to the real.” For Fred Brounian, it is a plea. Fred finds himself in the middle of “a spiritual emergency” when his twin brother slips into a coma during his battle with cancer and the virtual simulation company they built together—appropriately named Urth—“is lost”. (When asked just how a company is lost, Fred’s response reflects much of the book’s comi-tragic tone; “It’s like losing a sock. Only more lawyers are involved.”) Now living with his parents at age thirty-something and freshly unemployed, Fred’s “why not?” attitude convinces him to become the subject of a neurological study that explores the scientific underpinnings of seemingly spiritual out-of-body experiences. It is when Fred starts receiving electronic communication from his comatose brother—emails, text messages, and visits from George’s avatar—that the Cartesian split becomes disrupted, placing Fred in the center of an existential crisis and New York City on the fifth anniversary of 9/11.

Lindsey Drager: First of all, the book is phenomenal. And it’s getting glowing reviews—theWashington Post compares it to The Matrix and Inception, but with “a little less computer-generated wizardry and a lot more articulation of the movies’ ideas” and the Chicago Tribune says it “fizzes with ideas, social concerns, and metaphoric splendor.” Thanks for taking the time to field some questions.

LD: Luminarium is intellectually dense and I can only imagine that the research alone was a demanding and rigorous undertaking. How long did you research and how much of what you learned surfaces in the book?

AS: There were a lot of different types of research, all illuminating for me. I read a lot in various branches of science and also in contemplative spirituality and mysticism. At a certain point, I realized reading alone wasn’t getting me beneath the surface, so to get more inside of it (and also out of deepening personal interest) I started doing Zen training, a set of practices I’ve kept up to this day. There was a lot of talking to people, too—particularly when it came to Fred’s company, which was based on an actual company, run by a friend of mine, which actually did make that jarring transformation I write about: from being an idyllic, cartoony virtual world for children pre-9/11, to being a virtual military training ground post-9/11. Then there was the walking-around kind of research, like hanging out for days in the Orlando area, in the Disney-built town of Celebration, in the Holy Land Experience theme park, and so forth. I also got help from research assistants in the MFA program (especially on stuff like the medical questions related to George’s illness) who researched for me in lieu of teaching. Not everything made it in, but it all helped me explore the possibilities and deepen my habitation of the world of the story.

LD: 9/11 plays a central role in the novel, and it’s difficult not to notice the book’s pub date is just before the 10th anniversary of the event. Luminarium is set in late August of 2006 and there are moments that read like an elegy to post-9/11 New York, where conversations are peppered with parenthetical mention of the Twin Towers in hushed tones. You must have overcome some challenges in writing about the event.

AS: Hushed tones? Fred himself goes on a rant about 9/11 novels, and hacks away at a Twin Tower replica with a golf club. So, well, yes, just as Fred has his very mixed emotions, I had my reservations. But we both had our reasons, and when I saw what they were, I knew I had to do it. The very fact of it being much-written-about was to a significant degree my subject. All the stories, all the narratives in people’s heads, all that meaning and bullshit and angling and loss and sorrow and gain and redemption that have come from it. In the end, I think, Luminariumlooks forward as much as back.

LD: The book finds at its center Fred and George, identical twin brothers who co-own a virtual simulation company. Your last novel, The Savage Girl, dealt with a pair of sisters juggling their relationship and their careers. What draws you to feature sibling relationships in your fiction?

AS: Probably any reasoning I use to answer that in terms of the needs of each novel would be circular: because that’s what the stories required. I can say that the thing sibling relationships have that friendships don’t, dramatically speaking, is their obligatory nature. If there’s tension between friends, they can simply stop being friends. Siblings are more thrown together, and have all this common experience, and dynamics that go all the way back to early childhood. InLuminarium, I expanded the palette and was looking at a whole family responding to events both personal and global.

LD: That relationship between the personal and global seems to be at the center of city life (anthropologically speaking, simply a larger family), as well. You grew up in New York and now live in Chicago, and cities—urban sprawl, the meaning of cosmopolitan, cityscape and escaping from them—play a crucial role in your work; both The Savage Girl and City in Love are set in mythical metropoleis. At one point Fred and his older brother Sam are discussing Sam’s decision to move to Florida because, as he puts it, “Cities are fucked, long term.” Do you agree with Sam? Are cities fucked?

AS: Nothing lasts forever. But—especially as it seems to me cities and humans are symbiotically and inextricably bound at this point—I hope cities have a good, long run. Plus, cities are beautiful creatures in their own right; and as with us, their vulnerability and ephemerality are part of that beauty.

LD: How often do you find yourself back in New York and how has the city changed in the last decade?

AS: Several times a year usually. It’s like time-lapse photography for me. It’s gotten opulent, paradisical, exclusive, a theme-park of itself in parts. At the same time, the infrastructure continues to go neglected and the subway has been unreliable for a decade. I was just there during the tenth anniversary of 9/11 and walked around downtown. It was a shock to see the new tower going up, finally. I’m glad it is.

LD: Your first book was a collection of linked short stories, City in Love, and since you’ve stuck to the novel form for The Savage Girl and Luminarium. Which do you prefer?

AS: Anyone who’s tried to do both knows they’re very different forms. I do think about returning to short stories, maybe at some point another linked collection. But mainly, I’ve considered myself a novelist—the adventure, the whole crazy, lost-in-a-maze, revelatory journey of it is what has hooked me, both as a reader and a writer.

LD: This question might be irrelevant, given the kind of response Luminarium has received so far, but I’m curious; how do you cope with less-than-rave reviews of your work?

LD: The story of The Savage Girl’s publication is a really compelling one, and is outlined in an excellent essay recently posted at The Millions. In it you describe the chaotic transition from penny-pinching grad student with a short story collection published at FC2 to HarperCollins novelist, sharing book signings and dinner conversation with authors like Joyce Carol Oates and Ann Patchett. What is your opinion on publishing with independent presses?

AS: I feel like I’ve seen the whole spectrum, and have been lucky enough to work with smart and dedicated people all over. You probably won’t get print advertising at an indie press, but if you’re lucky, their enthusiasm and personal touch will make up for it. Not sure it is, but if my own experience is any guide, the divide between conglomerate and indie may not be so absolute going forward. I don’t think Luminarium could have found a better home for it than SOHO, a scrappy indie which now has distribution brawn through Random House, and a truly inspired crew.

LD: I know right now you’re probably taking a good breather, but what can we expect next from Alex Shakar?

AS: We’ll see. Maybe something set in a small town, about friends without siblings….