Caves of the Rust Belt 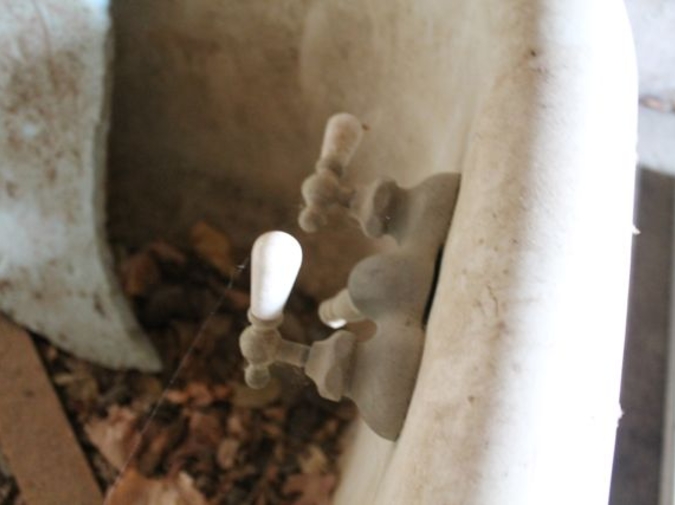 Don’t believe me if you want, but the hole just appeared one night. It was late June, because the Lake Erie mayflies had already swarmed and died. Also, it may have been raining a little. But by morning, gone were the above-ground pool and Mom’s favorite lilac. In their place was a gaping hole.

The fire department came and roped it off with yellow warning tape. Then came the news cameras. Dad ended up on the evening broadcast, in his bathrobe. He said we were lucky we weren’t all sucked down asleep in our beds. He looked more alive than he had in months, since before Ford closed the Casting Plant on Broadway and sent so many dads home to daytime television, idled.

Some geologists from Case Western came next. They set up some fancy equipment on the rim of the hole. The mayor stood nearby, concerned. Ours was the third sinkhole that week. The first one took out the old gym at Perry Elementary, the one that closed in the consolidation. The second opened up across Route 23 and swallowed a dump truck full of crushed concrete, rubble from the old Con-Agra grain elevators that were coming down.

Mom kept right on going like there was no hole, because that was her. She got us our pancakes in the morning and dropped us at Aunt Sara’s so she wouldn’t be late to work again at K-Mart. One more time, said her boss, and you’re out. There’s ten more waiting to take your place.

Dad set up a lawn chair next to the warning tape. He talked to all the experts. He found out about karst limestone and water tables and how the earth below us was being eaten away a little at a time, while we weren’t paying attention. He talked to the drillers, the guys from Oklahoma who were up in our parts fracking the shale for natural gas and looking for easier ways in. He talked with archaeologists from the Natural History Museum about Pre-Cambrian and Cambrian layers. He talked about all this stuff over pancakes at dinner, waving his fork in the air while Mom washed dishes. We have to go downward to go upward, he kept saying. He couldn’t sleep the first night after the hole.

On the second night, he went in. Snuck right in. He climbed back out the next day around noon, filthy with mud, carrying Haley’s inflatable turtle from our pool in one hand and some animal skull in the other that looked like it came from a huge, nasty cat. Haley hugged him hard. The curator of the museum happened to be there at the time. He took one look at the skull and promised to pay Dad $ 2000 for it. Mom hugged the curator hard.

By nightfall, word had spread. A huge crowd had gathered on our front lawn: men with too much time on their hands, women with too little, kids with nothing. They packed themselves in tighter and tighter, jumped and stomped, pressured the earth, hoping to break through.

Joe Kapitan lives and writes in northern Ohio. Recent work has appeared or is pending in McSweeney's Internet Tendency, A-Minor, Midwestern Gothic, A cappella Zoo and Notre Dame Magazine. His collection of short-shorts, A POCKET GUIDE TO NORTH AMERICAN GHOSTS, is being published in summer 2013 by Eastern Point Press.