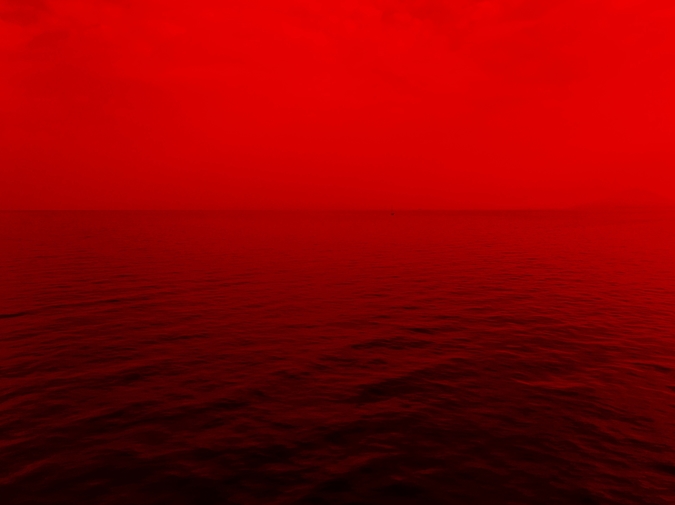 Guttural purr. Oops I.
Did. It. Again. White girl cuts

pumping. I played with your heart,
got lost in the game. How many times

have you watched a girl get pushed
into an arena? Oh-baby-baby.

Too many times. It’s winter and we are
away from home, watching MTV on cable

that is not our own. The NASA team watches
the alien ritual commence—what must they be

thinking? I’m supposed to be turned on,
even at eight. I know this. Oh-baby-babyy.

Some Cirque du Soleil nonsense is happening
in the background, but maybe

I was turned on, in a practiced way—not
as I would later understand that mundane

out of her temple, whips off the white astronaut’s helmet.
They speak as though they know each other—did he

come all this way for her? There’s something
I want you to have. The red planet

burns ceaselessly beneath them. Aw you shouldn’t have.
Lost, the man looks at her and she looks at him

back. Smiling in the red—is this what it means
to be found? Oops I

did it again to your heeaarrrt! The three of us
watched this all unfold like

we watched anything then: taking notes
on style. For my own part, I knew

I wanted to be both that boy and
that girl. I wanted to kiss the edge

of some urbane cosmos, rack up stories
like cold marbles in my pocket, dance

in a sexy space chamber of
my very own. I played with your heart,

got lost in the game. I wanted to break
a beautiful man’s heart and

Jeremiah Moriarty is a writer from Minnesota. His work has previously appeared in Cosmonauts Avenue, Wigleaf, Tammy, Glass: A Journal of Poetry, the Ploughshares blog, and elsewhere. A graduate of Carleton College, he lives in an old house in Minneapolis with some plants and his feelings.