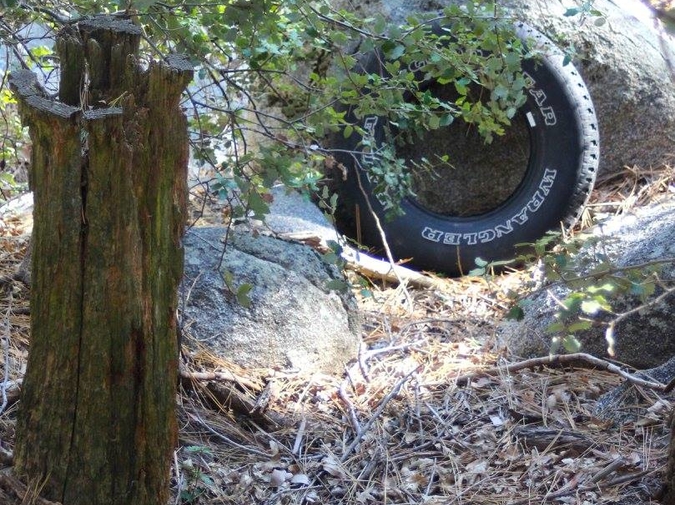 In Dave’s beater Ford Escort, two in the morning, we drive south on 5. Our mission: get Gary. Dave’s roommate, Gary is coming home after months crisscrossing Mexico on buses. Dave hasn’t heard from him, but he’s pretty sure that Gary is on the red eye from Oaxaca.

We cross the border and the lights seem to snap off. We loop empty Tijuana streets, a vortex of traffic circles. We have neither paper map nor GPS. It is 1994, and we are old school, squinting for road signs with pictures of airplanes. Dave fills the car with talk: Foucault’s panopticon and B.F. Skinner and operant conditioning.

Fog rolls in—like smoke from instant infernos—and the air turns cool and salty. Our field of vision narrows to two circles of wan light. I feel the Escort orbiting the city once, then twice. The vague shapes behind the fog have developed a pattern.

We need to dismount this carousel, dude.

Dave responds: Carousels were invented to practice jousting. They’d spear mock enemies as they rode around in a circle.

I tell Dave to hang the first right I can see. It feels like east—east is what we want.

Up we go. Baja California is not flat. Gravity pulls at the Escort’s rear. We make new loops, this time corkscrews, one long hard left, as the Escort pulls us up a gravel road. Dust mingles with fog and salt. From the murk, a hillside suburb emerges. Shanties of plywood and scrap lumber rest against each other and the cut earth behind them. Open doorways yawn like blackened mouths. Families inside wake and sleep with daylight and darkness. Electricity and plumbing have yet to come to their mountain homes. They are truly old school.

We are interlopers. I am mortified by the noise we make. To our right, I feel the cool breath of a gaping canyon. It beckons, invisible behind the wall of fog, its voice the skid of tires on gravel. Fall into me, it says, it would be so easy.

Dave is still talking: the Persian Gulf crisis and what Mr. Roswell said about Machiavelli back in tenth grade history. I fall into memories of camping on empty Baja beaches as a preschooler. As I’d watch my dad dig at the tires of our van stuck in the sand, I’d imagine never getting home, living on seaweed and sand crabs the rest of my days.

Me to Dave: Wow, I don’t think I’ve ever been so lost.

Dave to me: Have you ever read Thomas Mann’s Magic Mountain in the original German?

I fog over—until the pack of wild dogs emerges from the gloom. Muts: patchy fur, wiry tails, tongues nearly scraping the dust. A dozen or two zig zags in and out of the high beams. Dave breaks hard, and the Escort slips backward.

Dave stops talking. The dogs stop, too, then bark a cacophony. Turning into the fog, they fall into formation, canine Blue Angels. They become an arrow pointing: this way. One shepherd mix, the alpha—tail and tongue wagging, charismatic, carefree—looks back every few yards: Are you coming? Its eyes mirror the Escort’s yellow circles.

What feels like hours later, the land levels and the road straightens, a line drawn upon the map I see in my mind.

Then, the car rattles as a jet engine rumbles just over our heads: you have arrived. We look up into nothing. We can’t help ourselves. I feel the bulk of a metal monster overhead. Then, lights snap on and off and on again. Their blue cuts through the gray, flashing in formation, strings of holiday lights. Two straight lines outline a runway in the blur.

In the Escort’s high beams now: dust. Our canine escort has left no other trace.

Stacia Campbell is a writer, educator, artist, public servant, wife and mother. Raised by surfer artists on the beaches of Southern California, she can now often be found walking along Lake Michigan near her home in Evanston, Illinois.