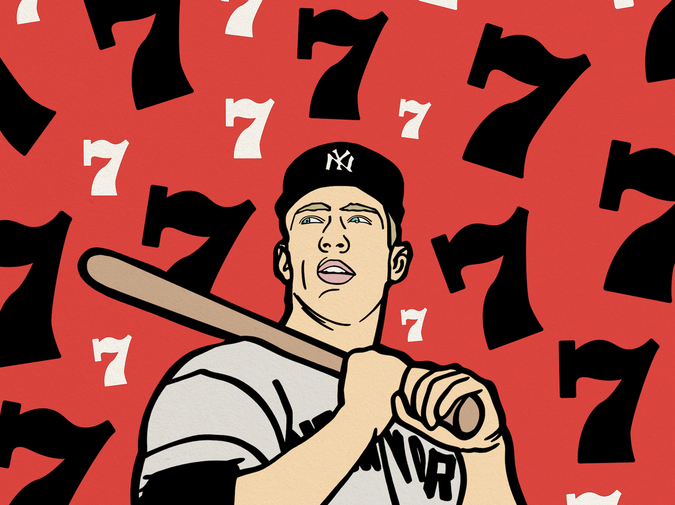 In 1964, I was a college freshman. Someone, I don’t pretend to know who, researched offensive statistics for all Little Leaguers in the New York, New Jersey, and Connecticut area. The unknown statistician reported peculiar findings. Players wearing uniform number seven were the most inept in all batting categories. They were last in hits, walks, batting average, slugging average, on base percentage, and they led all others in strikeouts. What’s more, the statistics held up for the previous four years as well. Sadly, pre-1960 statistics were not available. Little League uniform numbers are not like the big leaguers’. They ran consecutively from number one (sized small) to twenty (x-large). Just as the “sevens” were the poorest hitters, those wearing uniform number six posted the most potent offensive statistics four years running. Making matters worse, the findings were not replicable in other parts of the country. There was no correlation between uniform numbers and offensive performance. Academics from coast to coast were at a loss to explain the results.

I figured it out. It wasn’t complicated. Everyone in the NY-NJ-CT area wanted to wear the number seven. It was Mickey Mantle’s number. Despite the fierce demand, the manager’s son had first pick on the jerseys. Inevitably, number seven was selected. The manager’s son, the worst player on the team, on every team, donned The Mick’s number seven. In all cases, these kids sucked. By all rights, they should have been rightfield late inning replacements. Instead, they were usually found on the mound pitching, or at first base, or shortstop. Offensively, they either led off or batted cleanup.

The enigma of the high performance number six wearers remained, but I had a theory. It came down to the students of the game, those who devoted every fiber of their collective beings to baseball. Unable to wear the coveted number seven, this group selected number six, Mantle’s uniform number when he first broke in with the Yankees.

Bruce Harris writes about Sherlock Holmes and baseball. He is a SABR (Society of American Baseball Research) member.