Banned from the Hospice 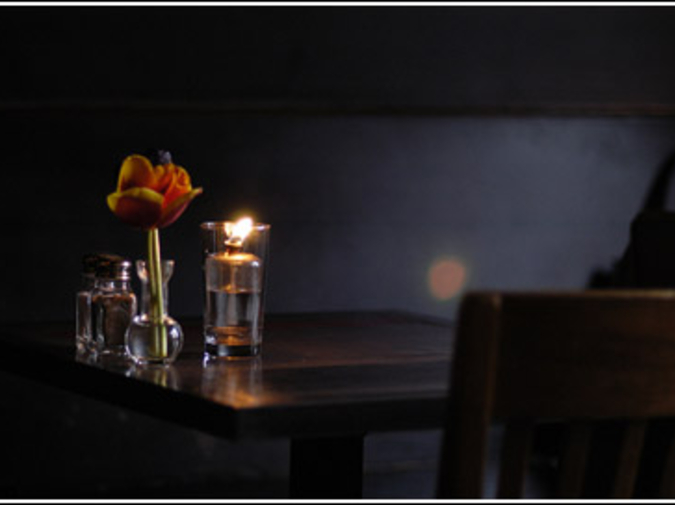 That day, when the nurses hugged her and welcomed her to the hospice, it all came together. Silke belonged here. She excelled in dying.

She sat up in bed all day, her fingers folded on her linen sheet, glancing up at visitors who did alive-things, drank coffee, snacked - excited birds fluttering around the pillar of her serenity begging for crumbs of wisdom.

"It's more important to add life to the hours," she'd say when they asked her how she coped, "than to add hours to life."

She collected proverbs about death, which she served her friends with coffee and chocolate. She remained interested in Gunter's insane boss, Maria's diet, her mother's hairdo.

Silke had always been the clumsiest among her friends, eternally troubled with rushes and headaches, the one to weep in the afternoon because the butcher had been rude to her in the morning.

Now she'd found her calling. She was a model terminal patient. She even had an interview in the hospice newsletter.

But she'd been misdiagnosed-and they are sending her home, undead.

Silke, numb as a lard sculpture, packs her things. The Buddha statue, the letters she wrote to her friends and to Gunter. The rich cotton nightgowns bought for the occasion. Her pants clutch her thighs. She hadn't expected to wear them again.

Gunter races to her from work as soon as he hears she'll live. He cries. His glasses fog up, snot and spit run down his nose and lips, and he mutters, "Thank God, thank God." Outside, those whose test results are correct scurry past, and Silke tries to muffle Gunter's noises by embracing him.

In the car, Gunter calls all their friends on his cell, steering with one hand, jerking his gaze from Silke to the road and back. The traffic and city noises crash through the window. The car sloshes through rain puddles. Silke finds herself saying "drive carefully," as if she cared again.

Gunter shakes his head, laughing. He claims Silke's apparent immortality as his own today.

Their friends bring plates heavy with alternating slices of cheese and salami. They bring wine, plastic cups, drums with chips, and bowls with guacamole. They bring noise and cigarette smoke, screeches and pot. They step on Silke's toes when they hug her, and quickly move on to other friends' necks and lips.

Silke sits on a chair and nibbles pretzels, plate after plate, seeking refuge in the mechanical grinding of her jaws. She wants to light a candle, open the window a gap to let in the night air, and drink a small glass of wine before curling up under the cool blanket alone.

Gunter, waving a sausage in one hand, chats with Tanya, his ex. Silke sits alone, the black hole at the center of the party. Everyone is suckling on the extra dose of life she has received today, this amazing grace that touched her, but no one sees her, and if they did they'd tell her to cheer up.

Gunter tumbles against the ficus. The pot bursts, earth spreads over the wooden floor. Mad laughter rises above the music.

At dawn, those who can still walk have left. The others snore. Gunter collects plastic plates, forks and ashtrays. Silke feels sick and scratches her face. Her rash has returned. That smoke everywhere.

Gunter's eyes widen. "You don't feel so good?" He puts the plastic items and ashtrays on the couch table and stares at her. "But you're okay," he stammers, "you're okay. Aren't you?"

Silke wades through the leftovers of the party towards her spouse. Her face burns and pulses. No cream will help.

Gunter sits down on the couch table. Someone groans on the floor. He pulls Silke next to him. "What is it, Silke? You so much happier dying?"

Silke remembers the book at the hospice. It rested on a religion-neutral altar among fresh flowers and fruit. A candle flickered next to the open pages, its flame almost invisible in the daylight, a birthday prop.

Whenever someone in the hospice died, one of the nurses wrote their name, birthday, and date of death on the open pages for all to see.

You came to the hospice knowing others would read your name in the book.

The book had made each connection she created ephemeral. She could sustain such relationships, knowingthey would end before the afterparty, the litter and stale air, with a date jotted down in cheap ballpoint ink and a closed page.

Silke envisions her life, the memories she left of a soft woman with a slight lisp and little wit, and the low expectations she created. To turn the page and start anew will be like lifting a sheet of marble.

Gunter looks at her, not too drunk to care. He wants an answer. Out of all their friends, he's the only one who wants to know how she feels now, reborn.

She whispers the truth in his ear, very close, into his innermost chamber. "I was happier dying, because it wasn't supposed to last."

And he wraps himself around her, and says, "I know."

Stefani Nellen is a psychologist-turned-writer living in Pittsburgh and Groningen (the Netherlands) with her husband. Her short fiction appears or is forthcoming in LabLit, VerbSap, Bound Off, and GrendelSong.