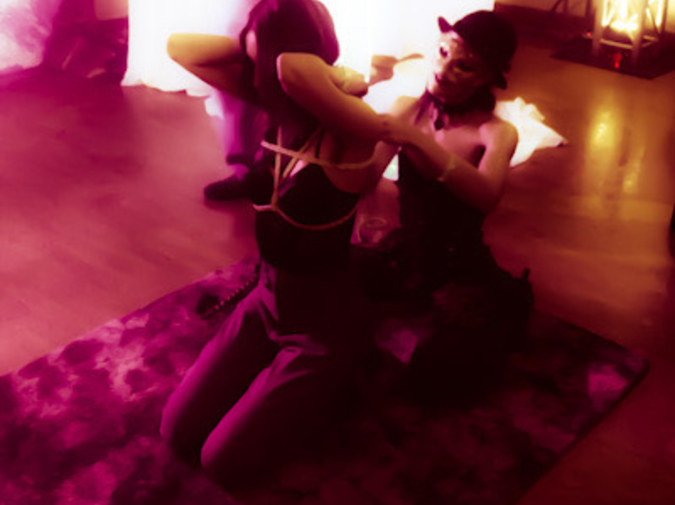 Too many people were standing around the baggage claim waiting to collect me from Will Rogers International Airport. I had a couple bottles of Becherovka in the bag. We would finish them before the night ended. I was bashing my head into the future. I thought I’d figure things out in some alley while roaming the streets of Prague. I took two years to contemplate life and figured out nothing. I came back to America more indulgent than when I’d left. I abandoned an Italian girl, Sophia, who I think loved me. She loved me so much that she went on to date my best friend. They broke up and he OD’d. He’s dead now, but I don’t want to talk about that and neither does she.

2 is the grade I was in when I thought I loved Lucy. 2 is the number of times Lucy was arrested for meth in a single day. 2 is the number of Xanies she must have taken the night she showed up to my welcome home party, because she was fucking sloppy. I don’t even know how she got there. Most of the people standing on the porch were from a different part of my life. College or the limo service or the butcher shop. I hadn’t seen Lucy since senior year. She kept in touch with my grandma though, so it musta been word of mouth.

She was leaned over and slurring. Her lower back tattoo was peeking out. It appeared to be a tribal cross. I was drooling over her thinking that she was the hedonism I wanted. I didn’t want to have to think about anything anymore. I cornered Mike from college and pointed over to Lucy, “Man, that was the first girl I ever felt some shit for. She’s fucking sexy right?”

“Yeah, she’s cute but not really my type.”

The next night I was hitting her up, asking what she was doing and if she wanted to go to a show at the Deli. My friend’s band was playing. They were putting out good tracks and the live shows were fire. If we got too fucked up, we could crash at my sister’s house. Lucy agreed and met me out with a friend of hers. I was in line getting drinks when my friend Cory came and grabbed me, pointing her out as she was being dragged from the bar. I knew the bouncer and asked him what the problem was. He said, “Your girl was doing lines off the table. You gotta be a fucking adult and do your lines in the bathroom, bro. You know the deal.”

I knew the deal. But not really. I just wanted something that stunk with the remnant of an old love. I didn’t want a new love because all my bouts with love had the same bad ending. This thing with Lucy was always exciting–like drugs, like fucking, like endless alcohol. So, when he told me she’d been railing crushed roxies from a table right out in front of everyone it made me smile. This was exhilarating and there was no chance of love.

I called her, “You were snorting roxies right out in the open? What a wild thing to do.”

“I’m not lecturing you. I want you to come back and share. We can ditch the show and go over to my sister’s house. Blow some lines.”

I heard some commotion then. Lucy wanted her friend to turn around and take her back to my sister’s place immediately. The driver said they were already too close to the highway. And then I heard a car door open and there was a crashing sound. This was the sound of Lucy jumping from the car and tumbling over the shoulder of the I-35 service road. When I picked her up, she was all scraped and bruised. She didn’t want to go to the hospital and kept saying “I have all the pain killers I want. Why do I need a doctor? I’m my own doctor mother fucker. Dr. Lucy.” Then she railed another line super quick like a pro. I don’t know, maybe I could have loved her.

When we went out on dates, Lucy showed up in a peacoat and perfect makeup. She transformed as the night went on. By 10:30 the peacoat was gone, the neck of her shirt was stretched out, and the makeup was running down her face from snorting secret hot rails that made her eyes water. I spent a lot of time with Lucy in the women’s bathroom. More time than I’d ever spent in the women's bathroom before. At some point in the night, I would lose her. She’d disappear then show up with a rando or another bag of drugs.

We went to a steakhouse on Valentine’s Day, and she spilled an eight ball that dusted the seat of my car. She worked to scrape the coke back into the bag with an American Express card. I tried to stand over the scene and block her from view, but she was whooping and hollering, totally unconcerned. Inside the restaurant, a sweet old lady was selling roses. Lucy was already drunk and had been since before I picked her up. She said she wanted a rose, so I bought her one. The woman was giving us the rundown on how to preserve it, take care of it, and extend its life when Lucy broke the flower across my face and the pedals went everywhere. The old lady was taken aback but Lucy thought this was just about the funniest shit ever. I had to carry her out of the restaurant after she pissed herself. She must have been dehydrated because it really smelled like piss.

But she was sweet too when she wasn't drinking. She would buy me cigarettes and she knew my favorite kind. Camel menthols. She came to the funeral and sat with my family after my cousin killed himself. When she did that, I remembered staring at her when we played dodgeball in 4th grade. I would always try to get her out, so she had to focus on me. It felt good to have all her attention.

I was starting to feel all fucked up, just what was I looking for? Perhaps, Lucy could get better. She’d switched over to suboxone and we were having fun doing that together except when I got nauseous. Maybe suboxone could be the thing that made us good. St. Suboxone here to save us from ourselves, divine a love that’s long lasting and pure. A pharmaceutical love.

But then there was the night I knew it wouldn’t work. I’d brought over a bunch of ketamine because I liked ketamine. I told her if we did all this ketamine together we could see each other's thoughts, and I’d know how she really felt about me, pluck it from the collective consciousness and gaze upon it. That didn't seem to bother her. We did the K with a snowballing momentum, the way it should be done. And just as it was really starting to get going, she pulled our high school yearbook from under her bed. Our fucking high school yearbook. Why would I ever want to look at that?

When we were in high school, Lucy found her dad dead in his woodshop behind their house. That’s when she started hitting the booze something tough. She brought it up every time we were high or drunk. I realized that her world was pretty much frozen in that moment, and she was always getting fucked up to cope with that. Every bathroom door we did lines behind was the same door where she found her dad laying lifeless. Her life was a single day of junior year over and over again. She pulled out that yearbook and started flipping through pages and my world went all glitched out and lego-y, and something just rewired. I had to get out of there. I left Lucy all wonked out on K, drove home down rainbow road, and bitch buttoned all her calls. I still think about it, you know, maybe I should have stayed, maybe I should have helped Lucy through everything, but I have a deep seeded fear of repetition, of the same thing over and over, things that have no end. I call it my infiniphobia. A fear of the infinite. So, when she was trying to pull out some high school yearbook shit, I wasn't willing to look back. I already said I'd learned nothing. After two years wandering Europe, I still viewed life as something individual rather than interlocking. It was all about how Lucy was going to elevate my consciousness, man, or how she could be my Babalon, my degenerate muse. So, when I realized she was hung up on some shit that required my energy, I just bailed.

When my grandma died last year, Lucy was supposed to be at the funeral in a black dress with satin shoulders she’d bought for the occasion. Her mom Juanita was there, and she approached me to ask when I was coming back home to the plains. I told her the plains weren’t my home anymore, but it would be good to see Lucy. She said Lucy had gotten herself all ready to go but as they were walking out the door she said she just couldn’t do it. Maybe Lucy doesn’t like dealing with death. She’d dealt with enough of it. Or maybe, like me, she was trying to stop looking back. Either way, I hoped she was at home listening to Retrograde by James Blake on full volume feeling all those things that loss makes us feel, as a compound emotion, but she was prolly in the trap off 23rd street staring down her nose at a glass pipe full of love.

Mason Parker is an Okie-born Montana-based writer. His work has been featured in or is forthcoming from BULL, X-R-A-Y, and Expat, among others. You can find him on Twitter @lowkey_okie.