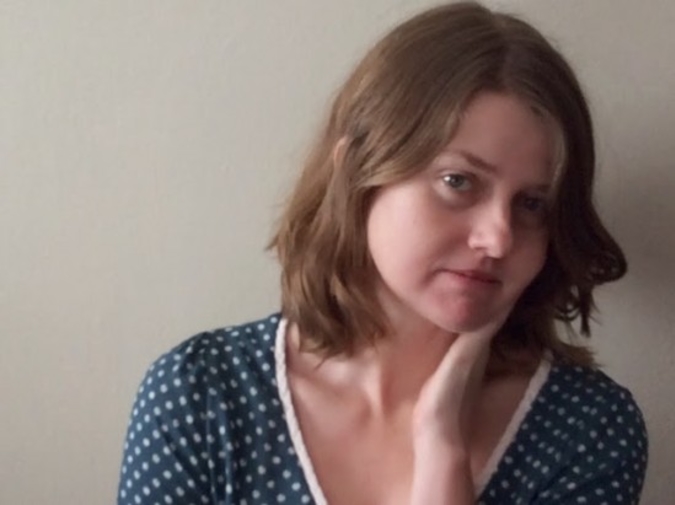 I tried to pee on a man once. We thoroughly discussed it—both what it might feel like to pee on someone and to be peed upon. We systematically took off our clothes; we probably even folded them. We positioned ourselves in the bathtub exactly so, for most effect—near your face, but maybe not in your mouth the first time. Crouching over him, I couldn’t get a drop out.

After sex in the morning with A, I rush off to work but still arrive late. I tweeted: If having the best sex of your life is your excuse for anything, don’t expect sympathy. A was overjoyed when he read that. But it wasn’t the best sex of my life; putting it that way made the joke better.

“It doesn’t even need a tagline” would be a good tagline for sex.

In Tucson, I go home with an old drunk at the bar. He plays several songs on his upright while my head is between his legs. He wants me to spend the night, but I’m feeling regretful about everything and ask for a ride home. When I get back from class the next afternoon, there is a meat thermometer on my doorstep.

My daughter tells me there’s no such thing as bad pizza because “bad pizza is even good.”

B and I are the only couple really getting into it at the rope open-play night. All the other people being tied up are wearing under garments; I’m completely nude. No one else is getting whipped and spanked; I’m getting thrashed. None of the other couples are cracking jokes. Spank. Spank. Flog. Wail. Laugh. Spank. Wail. Laugh. Perhaps we are doing it wrong?

M is embarrassed that I won’t take him back after all his romantic overtures. One night, I wind up at his parent’s house in Northern Virginia. All I remember about that night is M made me sleep on the floor because that’s where I belonged. We must have been drunk, or else I would have left.

Doing karaoke is a lot like not having sex.

Coming down from a low-dose LSD trip in a field outside of Taos, I pee behind B’s car. While I’m back there, he throws the car into reverse and I jump away, believing I’m about to be backed over. When I finish and climb into the car, he explains to me that he was using the backing cameras to look at my ass. He took a pretty funny picture of it on the rearview camera screen with all the guiding lines; the car thinking B wanted to parallel park. All I can think is that my ass looked like my mother’s.

You know what’s sad? When no one releases your sex tape.

L and I befriend an MFA in fiction at the sex club; the way he fucks we know he’s researching a short story.

When I was young and depressed, I just had to ride a motorcycle and have sex with a drummer to get rid of it.

P was so drunk one night that while eating me out, he stopped to puke over the side of the bed onto the floor. That ruined my self-esteem for a long time while it was also the funniest story about my pussy I told for years.

Twice I had sex and became pregnant.

While I was pregnant, I practiced safe sex just in case there was the littlest, tiniest, teensiest chance I could get more pregnant.

S and I live above an Irishman in Richmond whom I had met twice at the mailbox. The third time I meet him, I was wearing stockings and a garter belt under my work skirt. He invites me in to fuck and spank me before my night shift at the diner. I find the setup—that I hardly know him, that our fetishes synch—so interesting that I’m not wet at all. The fucking hurt worse than the spanking.

When we make love, I forget I make 75 cents to your dollar.

R and I talk about going to a sex club together, but I have never been to one before. It makes me nervous that if we went, I would be inexperienced, I wouldn’t understand the protocol, I’d allow things to happen that I may regret later. So, I find one in the city and go alone. I ask the taxi driver to stop at one of those sock stores on St. Marks so I can pick up a pair of thigh-highs and I put them on in the cab. The club was really just an apartment party. Everyone congregates in the kitchen. We shake hands with each other and ask, What do you do? It was an hour before I start fooling around with a couple. After I go down on the girl while her boyfriend watches, I get the gist and go home.

Sex is never bad until you’re not having it

Sommer Browning writes poems, draws comics, hosts readings, curates exhibitions, and works as a librarian in Denver. Her new book of poetry, Good Actors, will be out with Birds, LLC in early 2022.