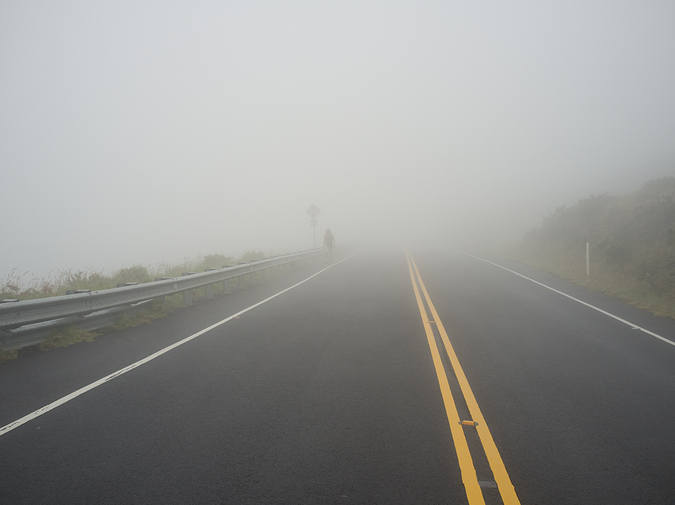 Another family story. I can’t get away from it. As Easter approaches, I find myself thinking about one of my aunts who, when it came to transportation, had only known the transportations of passion.

Coquette and gluttonous, she lived in the country between her mirror, her boudoir, and the pleasures of her table. She never left her house, the effort of moving about horrified her. One day, her husband, speaking of means of transportation, said the word “car.” She immediately demanded the word be explained to her using images.

And so in this little living room you could move about without moving. You could sit in it and follow your quiet little habits: looking out the window, painting your nails, tying your ribbons, singing and powdering your face.

That’s what I need, she cried, because she was pleased by the idea of travel.

Her husband, who’d only ever seen her sitting down, gave her a car. He hoped, with his gift, to overcome her taste for solitude, which had made him a solitary husband. This car, he thought, will reunite us. So, his wife got in alone, slammed the door and said to the chauffeur, “let’s go see.”

She was a flirt, so she liked the mirror of this little living room, she was distracted, so she fell asleep, and, being greedy, she woke-up. Having left Normandy, she opened her eyes in Orleans, where she procured some local cotignac, the finest quince jelly. But as the mistress of her household, she knew the correct order of a dinner, and that cotignac ought to be served for dessert.

France is at hand! I’ll be able to perfect my menu, she said. I want bouillabaisse, lark paté, duck a l’orange, sauerkraut, foie gras, cheeses, sweets, liqueurs and wines.

From Marseille to Strasbourg, from Rouen to Roquefort, and from Pithiviers to Périgord, she travelled across every french province until, with a stroke of bad luck, her greed devoured her. Poor lady! After following a brakeless appetite from town to town, she disappeared forever into a cloud of meringue.

Her husband, who misses her still, just bought a new car. To find his reckless wife, he’s exploring all the gastronomic sites, he’s looking for her from cakes to sausages, from casseroles to confits. He eats, he eats, and when he eats she’s on his plate. So, he’s happy.

I love her. She is my happiness, he said to me yesterday.

I thought he was talking about his wife, and I wanted to cry, but he didn’t mean her, he meant his car.

Louise De Vilmorin (1902-1969) was a french novelist, poet and journalist. She wrote fifteen novels, five books of poetry, and the memoirs of Coco Chanel. Her correspondence with Jean Cocteau, and her travel and fashion writing have been collected and by published by Gallimard. Her novel Madame De was translated in English and published by Pushkin Press.

Madeleine Maillet is a writer and translator living in Montreal. She is the fiction editor of Cosmonauts Avenue.