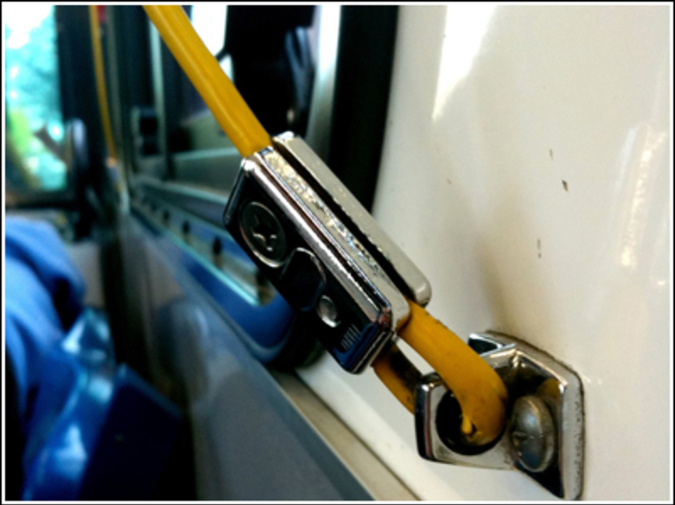 You’re overtaken by an alarming sense of orange. The duvet. It’s enormous, hot, smothering. A monster. It’s too dry in this little room. You are softly rising through sheaths of sleep, then stuttering into consciousness. The radiator hisses unrelentingly, and there is someone next to you. A small woman. She is wearing your clothes: a pair of blue cotton shorts, a T-shirt from a defunct music venue. She has enormous brown hair. It is tangled and sprawling onto her pillow, wound around her arms, inside your nose. Who knows what she could have in that hair—gold coins, razor blades, fairies.

It is possible that you did not sleep with her, but here she is, next to you, wearing your clothes. She also has your socks, a pristine new pair of tube socks, on her hands. That was probably enormously funny at the time. Some other time. Not at all funny now, what with you being naked. There are closed doors to the EAST and NORTH.  On the table next to you are cigarettes, your phone, and a small whistle. The woman is not moving. You are struck with a furious worry that she might be dead. Her face is obscured by her hair. She is suddenly terrifying.

I don’t understand that.

“Can I have my clothes back?” You ask the girl repeatedly, tapping her on her bare shoulder.

Finally, she stirs. She is not dead.

“No,” she mumbles, rolls over.

“Jim, get the fuck out of my apartment before I call the police.” The Not Dead Girl groans and rolls over, and the sinister thicket of hair is between you again.

She does not answer.

Your phone battery is dead. You cannot turn it on.

You put your phone in your pocket. You wish you knew what time it was. You were supposed to meet your girlfriend, Barbara, at your apartment early this morning.

You rummage through a pile of clothes and quickly pull on what looks big enough for you: an old sweatshirt that says ‘Spartans Fencing 1994’ and embarrassing shorts. There is a name for these embarrassing shorts... skort, or culottes, maybe? Barbara would know... Poor Barbara.

You put the whistle in your pocket.

You open a door to the NORTH. It is a closet. Inside is a hamper of dirty clothes, a shelf with a picture of the Not Dead Girl standing on a mountaintop, punching the air.

You exit the room, duck through curtains, slam a door, and hustle down five flights of stairs into the fierce daylight.

To the NORTH there is a drowsing bar, a hovel heavy with loneliness and cirrhosis—just like you like 'em.  If you went into this bar, you could continue nighttime, you’d never have to wake up. To the SOUTH a bus pulls up. Number 61, right to your apartment.

You feel twisted inside. There was something integral and intact inside you yesterday that is no longer in place: Your spinal cord? Your soul? What’s that word Barbara uses—your core? Your core has been twisted and frayed. The smells on the bus are unrelenting—someone is eating fries and there is the terrible, terrible olfactory shroud of bum piss. There are two seats available: one in the front that is slick with vomit, and one in the back next to a man who is furiously counting his fingers

>Sit next to man

You can't help but notice that the man has a cut on his cheek. A slice. A laceration. It could use some stitches. It could use nine stitches. No, it could use fourteen stitches. This guy you knew, Corey, cut his hand pretty badly after punching a fish tank at a party and you watched him sew it up with a needle and pink thread—

“FUCK YOU,” says the man with the laceration. “FUCK YOU for infecting it!” He’s standing now, looming over you. He’s not that big, but he’s angry. With all of the people on the bus, you don’t have a lot of space to run.

“You cut me all over!” He says, shaking his head vigorously. “He pried off my fingernails! My toenails!” The man turns to the rest of the bus now, is testifying to the crowd. He presses a grisly index finger into your sternum.

You blow your pilfered whistle with great commitment. It is a car horn, an opera singer, an alarm clock, your own voice. Laceration Man retreats. The whistle keeps sounding. A woman with a small infant cradled to her chest in one of those kangaroo-type thingers shakes her head. The baby is wailing.

The whistle falls from your mouth along with a thin plumb line of saliva.

“I’m just trying to protect myself. He was screaming at me!”

“You’re not crazy enough. Not that kind of crazy,” she rolls her eyes.

The bus stops near your apartment. You could also keep on riding, defend your insanity. There could be itemized lists. You could tell her that thing you used to do with the nail clippers, or the reoccurring dream with the dog and the menorah.

You run up the four flights, trying to sense any sign of Barbara—the scent of her medicinal soaps, the whisper of her doleful steps. You reach the door to your apartment.

You do not have your keys. They are in the Not Dead Girl’s apartment.

Anne Murphy Garrity is a graduate of Hunter College and New York University. Her writing has appeared in Corium, Monkeybicycle, Vanilla Press, and other publications. She lives in the wilds of Westchester County, New York with her husband and daughter and works as a registered nurse.