An Interview with Kevin Sampsell 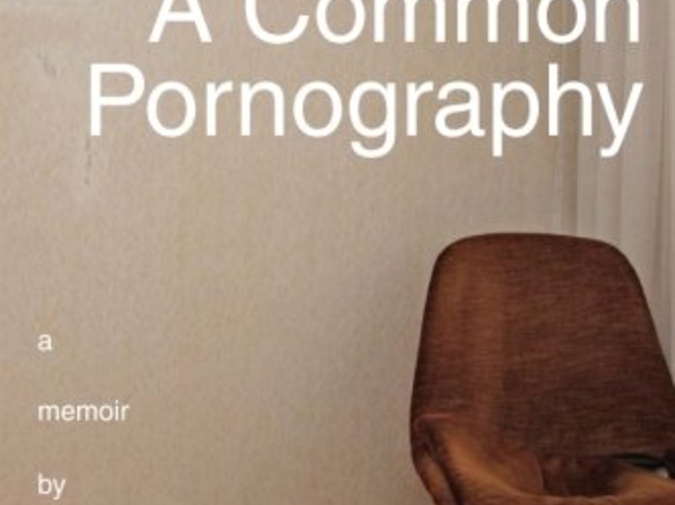 I was thinking about your book and its readers, and I thought about how there are three audiences. One is very large: people who have never met you. The second is very small: people who have known you intimately for a while and know at least a version of this story. And then there is this third group. I'm a member of that group. I know you. I consider you a friend. But my relationship with you began with and continues to orbit around our mutual experiences as writers and booksellers. You work at Powell's and publish in lots of journals. You publish other people's books with Future Tense. You have a wide circle of people with whom you have a similar relationship as you and I have. Many of us don't know the stories you tell in the book. How did you feel about revealing all of that stuff to us, to the close but not intimate community of writers and book people you've created over the years?

I think I've just come to an age (42) where I don't really feel like it's that big of a deal to be really candid about stuff like this, especially since much of it happened over twenty years ago. There's a statute of limitation on shame, at least it feels that way to me. If you wait long enough, I'll eventually reveal all the nitty gritty of what my life has become. I truly think that most people — even the most good and noble of us — have terrible shit we've done, and maybe still continue to do. So in that way, I feel less worried that people are going to start looking at me sideways, thinking: That guy's creepy... He fucked a prostitute... He didn't cry at his dad's funeral. If people do think like that, that's fine. They either really are better than me or they're immature and haven't had to live a real working class adult life long enough. Life is full of choices and you can't be perfect. I made some bad choices but I came out okay. One of the things I always say to new writers is that they should never be afraid to show their flaws or their characters' flaws. I think readers embrace that kind of honesty, that kind of cringy truth. I believe that readers forgive and don't judge.

Was there ever any question of this being a work of fiction? Any doubt that you wanted to explicitly say, "This is my story"?

The first time I wrote out some of these stories, like ten years or so ago, I was writing it as a short story made up of short memories of my childhood. I'm not sure if I intended to write a memoir kind of thing. I had about twelve of these vignettes and I had them bunched together as a story and I called it something cheesy for a while like "Fountain of Youth" or something. I thought about putting it intoBeautiful Blemish or something, but I realized it didn't fit. It had its own vibe. So that's when I put together the first version of ACP and published it as a little 60-page thing back in 2002. I looked at it and realized, well, it's all true, so I guess I can call it a memoir. And it makes more sense as a memoir. The mundane elements of real life often fall flat in fiction, but in a memoir I think it adds to the mood and creates a larger context for readers to move around in, if that makes sense. So, since that time — since the first small version came out — I have never thought about calling it fiction.

The original version had footnotes by my friend, Mike Daily, and collages by another friend, Melody Owen. So I think that's one fun difference. It was like more of a 3-way collaboration for that early version, which had about 600 printed. I think I used those things in the first version as distractions, in case people found my little personal tidbits less than thrilling. The new version doesn't have footnotes or artwork. I guess you could say I'm more confident in these stories now. It's just me and my stories this time — a lot more stories and a lot more scope.

The name change was odd. First off, I didn't want to call it A Common Pornography because I didn't want people to confuse it to the book I already did. I don't want people to think it's just the same thing. It's totally not. Also, I wanted a lot of people to read this book and I was concerned that the title might scare people away or just keep shy people from reading it in public. I liked The Suitcase because it was understated and simple. But I guess you could say it is also bland and non-descriptive. The folks at Harper actually asked me if we could go back to the old title. They thought it would create more of a buzz or something, or at least grab people's attention. They're probably right. Just in case people are shy about the having the book in public though, I made a video recently showing people how they can alter the title on the front, so it doesn't say Pornography on it.

Can we talk about how your job has helped or hindered your writing? I am a bookseller as well, and it can be inspiring to meet other writers. It can also be disheartening to be around people who are immensely talented and have worked hard to get to where they are. Perhaps daunting is a better word. How do you feel about it?

I've been at Powell's for over twelve years now and it can be an overwhelming place to be, as you can imagine. But I've only had a few fleeting negative thoughts like "There are so many books in the world already. Why should I create more?" or something like that. But really, it's been the most important job of my life and has helped me understand so many things about books and reading and people. And I can't say that it hasn't helped me as a writer, because it has. Not just the fact that I hear about the best books and have a constantly growing mountain of books to read, but also because I get to meet other writers and talk to them in a casual atmosphere. I've become good friends with a lot of writers just from my work there. Funny story — Steve Almond came in the store while he was on his first book tour and it was the same day, back in 2003, that I picked up finished copies of that first 60-page version ofACP. He was signing his books at the info desk I was working at and he saw my book sitting by my computer and asked about it. I told him it was my own book and that they just came from the bindery. He thought it looked cool and so we traded books. The next morning, he emailed me and said he read it all in his hotel room and really liked it. I read his book and really liked it too. We've been friends ever since. And that's actually not a highly unusual story — things like that have happened many times during my time there.

I think I'm going to enter a long, hard slump. Just kidding. I'm hoping to get back into some fiction. Some more flash or longer stories. I'd like to finish a novel I started last year. For Future Tense, the next book is coming out very soon and it's a sweet little collaborative book of poems by Zachary Schomburg and Emily Kendal Frey called OK, Goodnight. After that, I have a few things in the cue, but I have to see which one I want to be next. I don't like to plan super far ahead with the Future Tense releases.

Matthew Simmons is the author of A Jello Horse (Publishing Genius Press). He is the interviews editor forHobart.

Kevin Sampsell is the publisher of Future Tense Books and also works at Powell's City of Books in Portland, Oregon. His books include the short story collection, Creamy Bullets (Chiasmus), the anthology, Portland Noir (Akashic), and the memoir, A Common Pornography (Harper Perennial).